Danica, 21, a dancer from Leicester, shocked her fellow Islanders after choosing to couple up with fishmonger Luca, 23, despite his closeness to Gemma, 19, who he vows to remain committed to.

MailOnline can reveal bosses encouraged Danica to ‘stir the pot’ between ‘solid couple’ Gemma and Luca, teasing the result of the show’s second recoupling over three days. 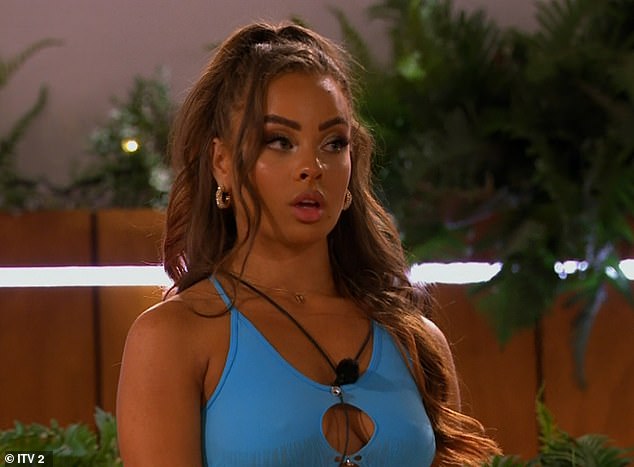 A show insider said: ‘Danica is a brilliant bombshell, she’s beautiful, confident, and willing to do whatever it takes to find love in the villa.

‘Producers were keen for her to steal Luca from Gemma during Friday’s recoupling, and she was totally up for it.

‘She could have chosen singletons Davide or Remi, but she plotted with producers to create a new and dramatic storyline, testing show favourites Gemma and Luca in their relationship.’

A spokesperson for ITV added: ‘This is not true.

‘The opinions the Islanders have, decisions they make, and the relationships formed are completely within the control of the Islanders themselves.’ 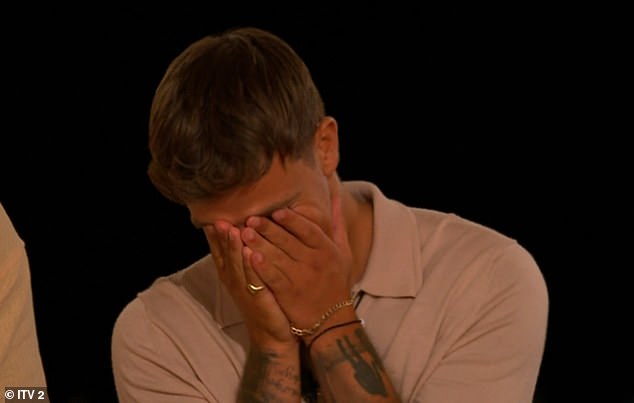 Devastated: Danica shocked her fellow Islanders after choosing to couple up with fishmonger Luca despite his closeness to Gemma, who he vows to remain committed to 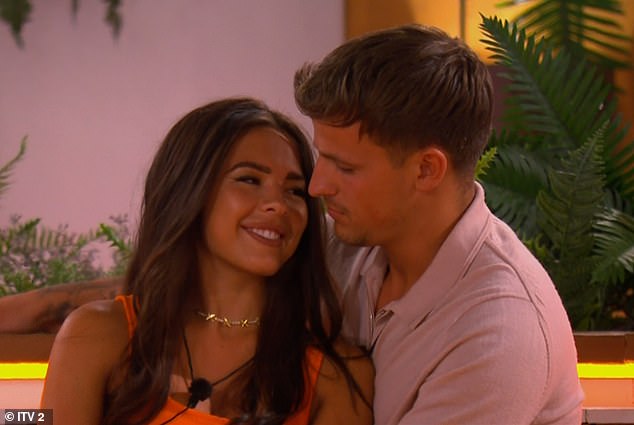 Young love: MailOnline can reveal bosses encouraged Danica to ‘stir the pot’ between ‘solid couple’ Gemma and Luca, teasing the result of the show’s second recoupling over three days

Danica failed to turn Luca’s head even after producers arranged for the couple to go on a romantic date together outside of the villa.

Luca admitted after returning from the beach that his heart was set on Michael Owen’s daughter Gemma, who’s now back with Davide, 28.

Remi Lambert, 22, was dumped from the show after being left the only Islander not picked during the recoupling.

Love Island viewers were left wanting more after Friday’s show ended on a cliffhanger, while Danica was asked to choose who she wanted to pair up with first, leaving Gemma to pick Davide as a last resort.

To the surprise of some fans, Gemma shared a bed with Davide – who she was previously coupled up with – while Luca opted to sleep on his own, instead of in a bed with Danica. 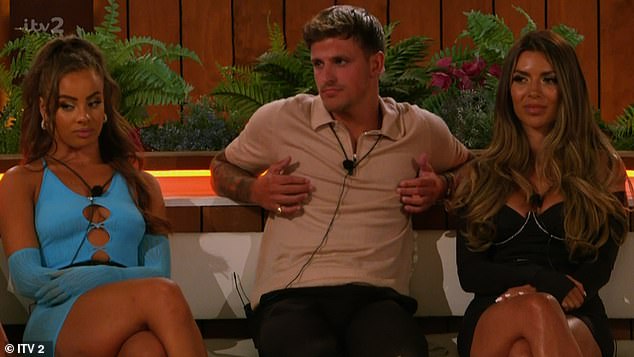 Not a fan: Luca was visibly angered by Danica’s decision, awkwardly sitting apart from his co-star after she chose to couple up with him

Following Danica’s grand entrance, Luca admitted in the Beach Hut: ‘I would say Danica is a very good-looking girl but she’s not Gemma… f***ing hell what the hell is going on with me?’

Danica described her type as ‘dark haired, light eyed, and quite tanned’ with many of the boys believing her perfect match could be Italian Davide.

She also said she had never dated anyone her age or younger and preferred to be romanced by an older man.

After it was announced that there would be a recoupling with the girls having their pick, Luca said: ‘I can’t wait to see Gemma pour her heart out.’