‘I was asked to be as big as possible’: Natalie Portman talks bulking up for Thor: Love and Thunder and compares process to when she had to drop 20lbs for Black Swan

Natalie Portman has revealed how becoming a superhero in the upcoming Thor: Love and Thunder has had transformative impact on her personal life, both when it comes to her fitness regime and relationship with her children.

In a new interview with Variety, the 41-year-old discusses having to bulk up for the part now that her character Jane Foster has morphed into the Mighty Thor alongside her very buff co-star Chris Hemsworth.

Portman compared the process to her Oscar-winning role in Black Swan, where she famously lost 20 pounds through diet and exercise, but instead found herself having to put on weight and gain muscle. 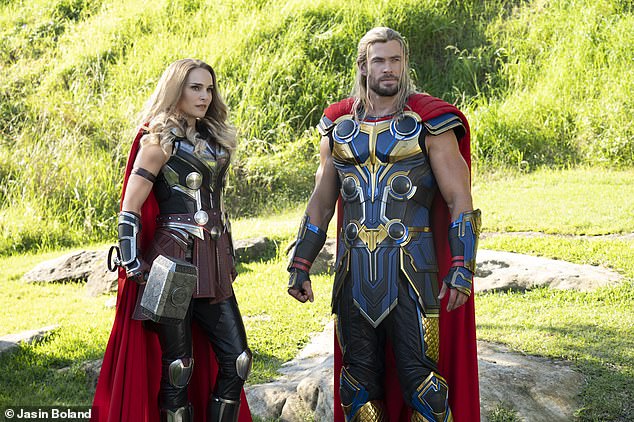 ‘I was asked to be as big as possible’: Natalie Portman talks bulking up for Thor: Love and Thunder now that her character Jane Foster has morphed into the Mighty Thor

It was the first time that Portman had been asked to gain weight for a role, and previously revealed that she lifted weights and drank protein shakes in order to get into superhero shape.

The process of becoming a superhero also went down well with her children – Amalia, five, and Aleph, 11, who she shares with husband Benjamin Millepied – who were thrilled to see their mother in action.

‘I feel like it’s the phase of my career where I’m really trying to just impress my kids,’ Portman told Variety.

‘My 5-year-old and my 10-year-old were so enthralled by this process, getting to visit the set and see me dressed up in a cape. It made it really cool. You know, it’s very rare that my kids are like, “Please go to work!” Usually, it’s quite the opposite.’ 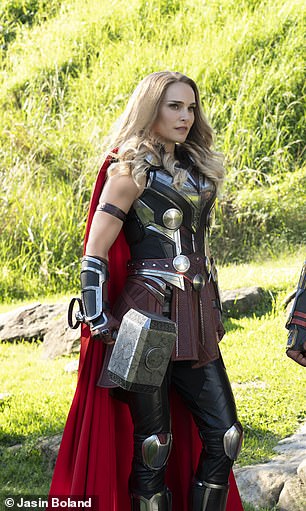 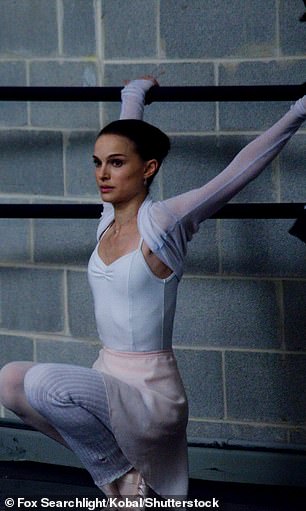 Transformation: Portman compared the process to her Oscar-winning role in Black Swan, where she famously lost 20 pounds through diet and exercise

Elsewhere in the interview, the Leon star discusses the hot topic of pay equity, comparing it to the World Cup.

‘It’s rare to have this side-by-side comparison where people are doing exactly the same thing and have the same employer and that their success is objective,’ she explained.

‘You can see who wins the World Cup, who doesn’t win, how many games, how many goals. It’s quite statistically objective.’

Her co-star Tessa Thompson also praised Portman for her work towards pay equity and transparency. 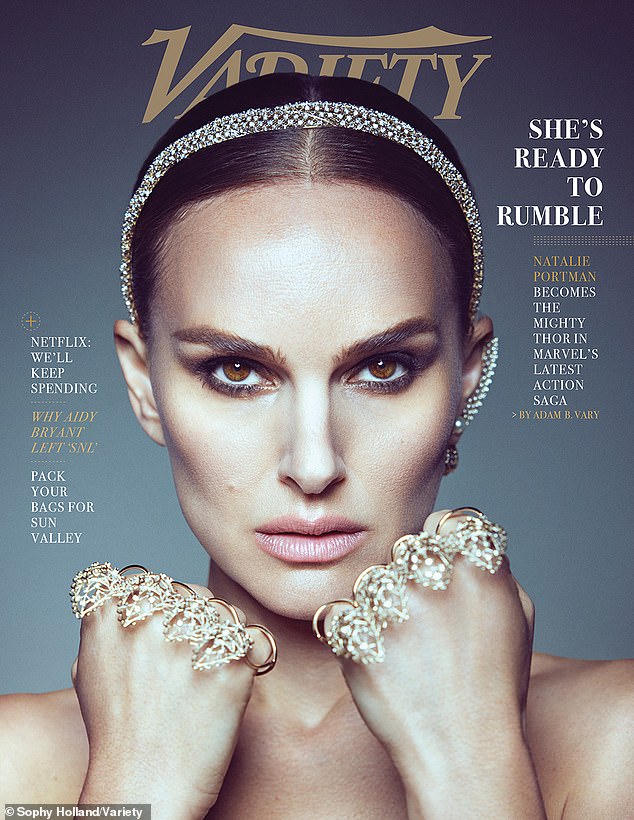 Cover star: Natalie appears in the latest issue of Variety where she talks about her life and career 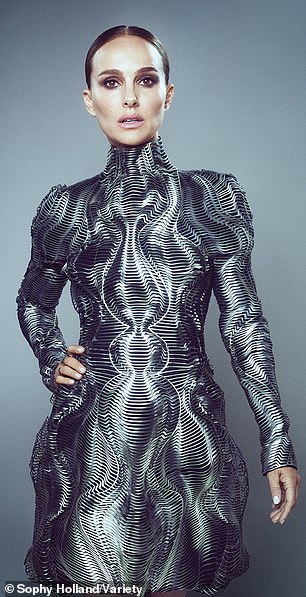 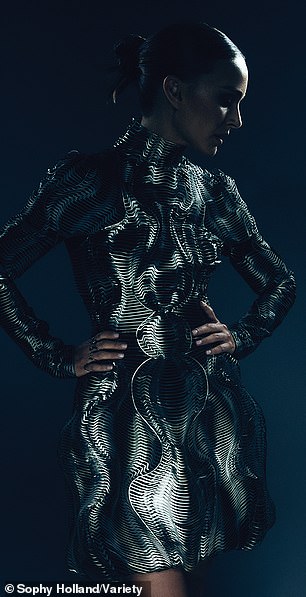 Stunning: The 41-year-old posed in a futuristic looking ensemble for the trade magazine

‘Natalie’s the kind of person who would call another female castmate and have transparency around what she’s making so that she can help someone also advocate for herself,’ Thompson informed Variety.

Adding: ‘That’s like real-world superhero s**t that I have seen Natalie do time and time again.’

Portman also stressed the important of having multiple female co-stars in the male-dominated movie industry.

‘There doesn’t have to be the girl in the movie,’ she stated. There can be many women who have many different personalities and many different desires.’

Thor: Love and Thunder is set to be released on July 8 in the US, and July 7 in the UK. 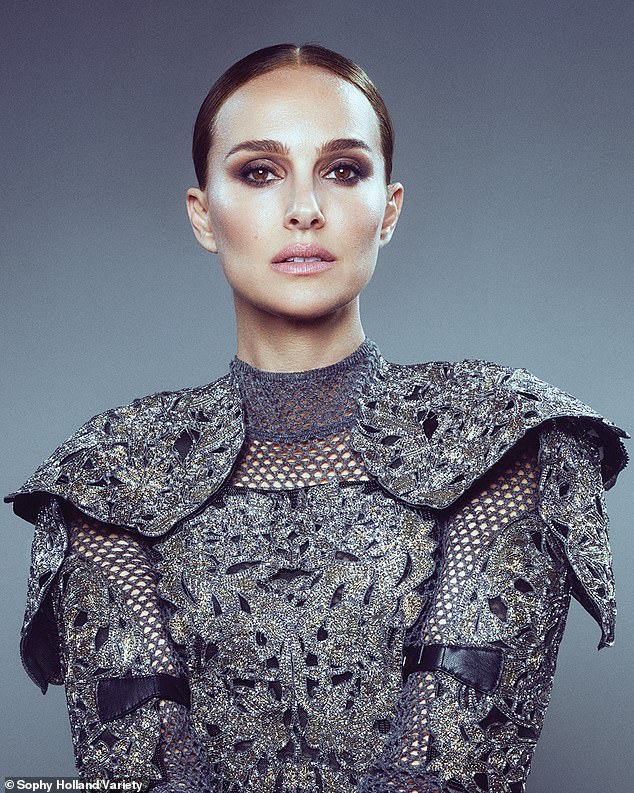 Ready for her close-up: the actress appeared fully made up in the glossy shoot 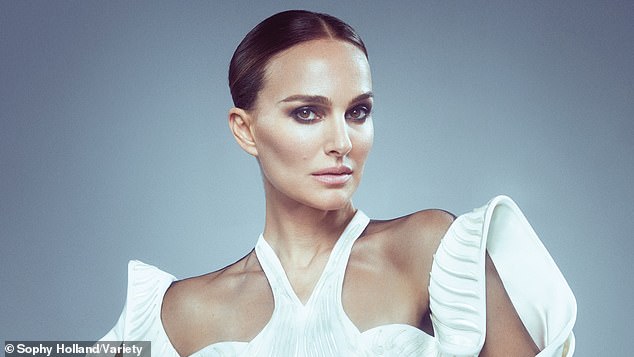 Coming soon: Thor: Love and Thunder is set to be released on July 8 in the US, and July 7 in the UK

Rachel Brosnahan teases return of This Is Us star Milo Ventimiglia to The Marvelous Mrs. Maisel