And Alan Fletcher, who played Dr Karl Kennedy in the show for almost three decades, revealed on Monday he was considering following his character into the world of medicine. 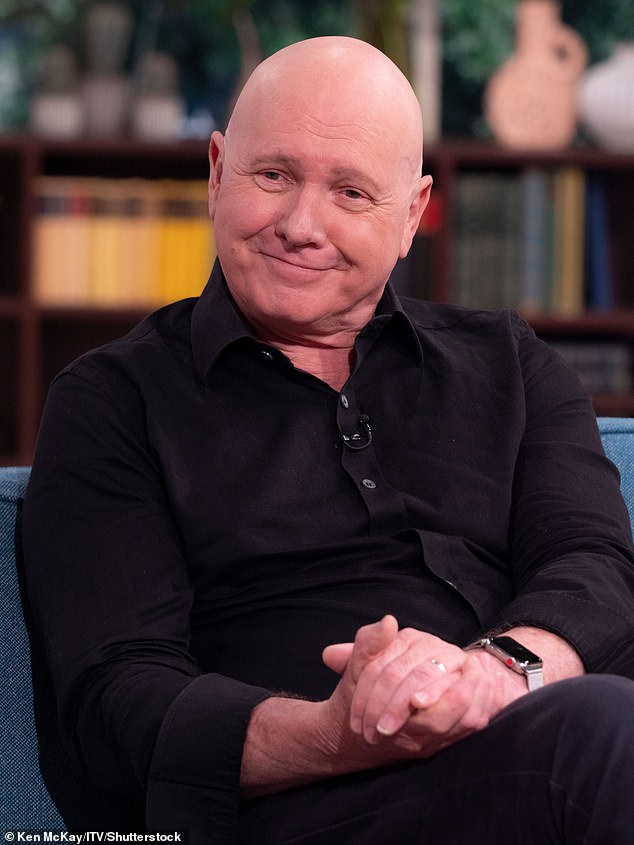 Alan, 65, told hosts Ronan Keating and Harriet Scott that up until now he had done everything to keep his on-screen persona separate from his personal life.

He joked: ‘While I’ve been on Neighbours, I religiously don’t give medical advice, because I’m really worried of the authorities tracking me down’.

Speaking about the show’s finale which was watched by over 3M viewers in the UK he said: ‘Well, all I can say to you is that we’ve already had a celebration of a show that people have loved for 37 years’. 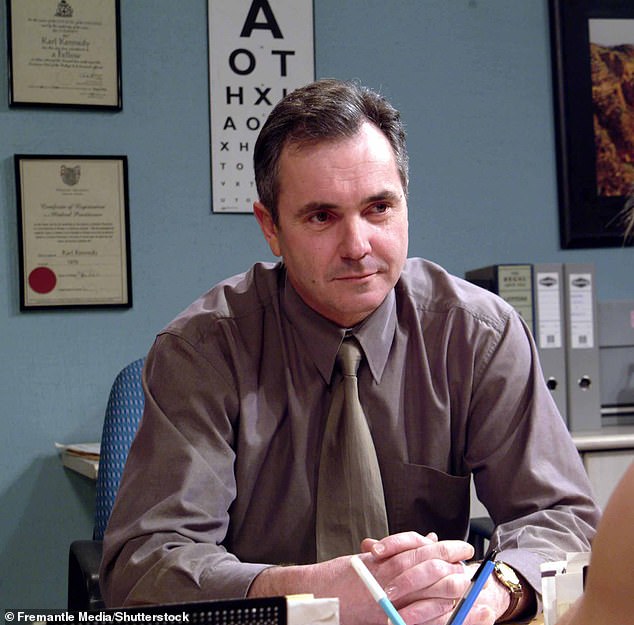 In character: Alan played physician Karl Kennedy in the long running Australian soap and featured in many high profile storylines

‘We want to see tears in the eyes in lounge rooms all over the UK. That’s our objective. … As we’re saying thank you to the audience for being on the journey with us. It’s a great way to finish, I think it’s a beautifully crafted finish. Hopefully people will be happy with it’.

Speaking about his fellow cast mate Margot Robbie, who played Donna Freedman in the show before hitting big in Hollywood, he said: ‘The treat to me is the pinnacle of what Neighbours can achieve in terms of training people and guiding them’.

Before adding: ‘Mind you, when she walked into the studio very early on, both Jackie Woodburne, who plays Susan, literally turned and went okay, she’s the bees knees’. 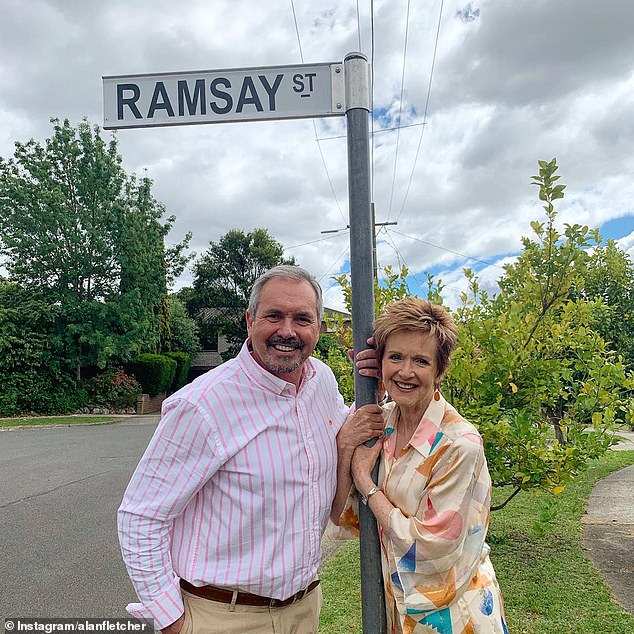 Pals: Alan has starred with his on screen wife Jackie Woodburne on the show for 28 years making them the longest serving characters

He gushed: ‘She’s got everything. She can do comedy; she can do wonderful high drama. Margot is a natural talent that was always destined to go to the top… she’s just marvellous, absolutely marvellous.’

Alan then went on to say that all his fellow actors that returned to the show came back with the feeling of giving back to the show changed their lives in a big way.

‘My greatest experience over the last few weeks was I walked into the canteen and Guy Pearce [who played Mike Young] is sitting there and that guys a big wheel in Hollywood these days. I worked with him about 20 years ago’. 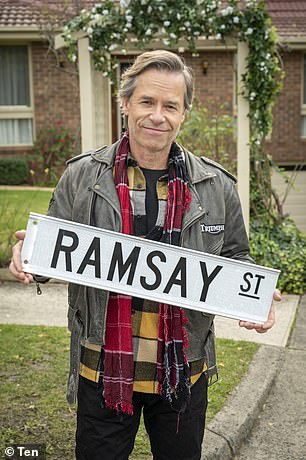 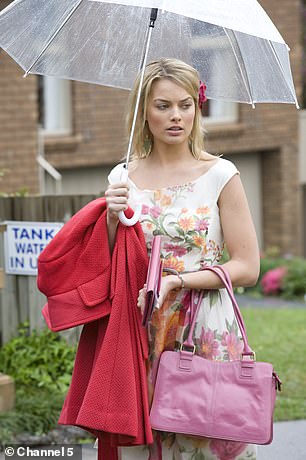 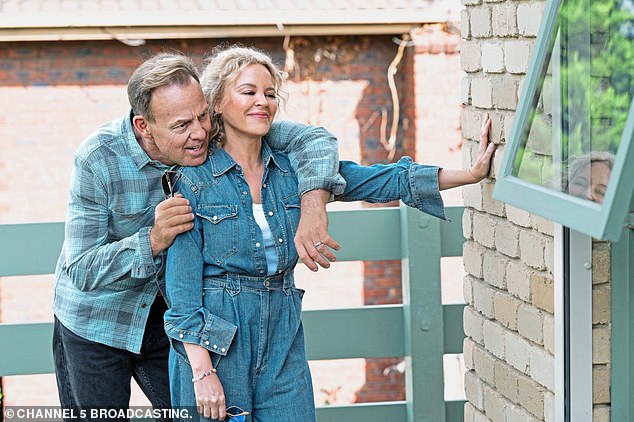 Goodbye: Stars Kylie Minogue and Jason Donovan also returned to their roots for the soap’s finale

‘And to walk up and just say good day mate, how are you? It’s like it was yesterday. All he had to say was I wanted to come back and do this because I know how much Neighbours has given me, and it’s time to pay it back. And I think that’s the attitude that everybody bought to it. Let’s just honour the show that gave us our start.’

Alan went on to say he would be soon be touring the UK in a one man show: ‘I created the Dr. Karl Kennedy in conversation show three years ago. It has been cancelled year after year, but finally in September, I am actually touring all over the UK doing that show’.

Before adding: ‘And then again next March we’re doing the Neighbours farewell tour. Which is massive and going to be in every major city, in the biggest venues.

‘I think we’ve got three shows at The London Palladium, and it’s gonna be huge. So yeah, I’ve still got plenty of Dr. Karl activities.

Hours before the finale Australian Alan surprised EastEnders fans as he swapped Ramsay Street for Albert Square in a special farewell clip posted to social media.

As well as clever interaction which saw Alan playing himself in a scene with some cast members of the BBC soap, stars sent heartwarming messages to the cast and crew of the Aussie show.

In the short video, Linda Carter, played by actress Kellie Bright, is sat expressing her sadness over Neighbours coming to an end.

When actor Alan – who recently revealed he has been diagnosed with alopecia areata, an autoimmune disorder that causes hair loss – unexpectedly pops into Bridge Street Cafe looking for a taxi in order to make a ‘swift exit,’ Linda is stunned.

She leaps to her feet and, after confirming that it’s ‘Dr Karl Kennedy’, swiftly asks Whitney Dean, played by Shona McGarty, to take a photograph of her with the Australian soap star. 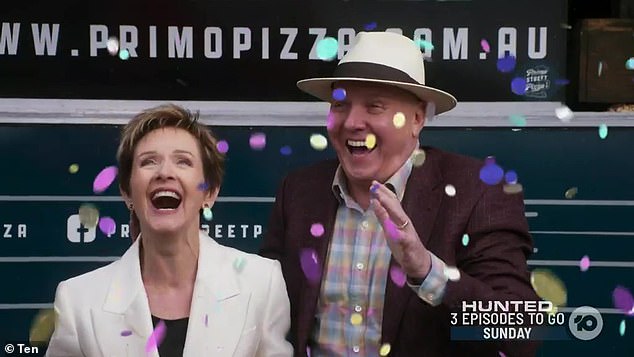 Finale: The show ended after 37 years with a special finale episode watched by 3M people in the UK

Christine McGuiness refuses to return to Real Housewives of Cheshire