Netflix has revealed a list of its top ten most-watched movies across the globe – including star-studded films such as Red Notice, Don’t Look Up and The Irishman.

Projects starring the likes of Ryan Reynolds, Sandra Bullock and Leonardo DiCaprio have enjoyed the most success on the streaming service, with millions of users tuning in across the globe.

However, the success of the company’s big budget films hasn’t been enough to stop Netflix from experiencing highly publicized stock troubles.

Back in May, it was revealed that the California-based streaming service was cutting 150 jobs after announcing that it had lost 200,000 subscribers since the end of last year and saw the value of its shares tank by 50 per cent in one month.

Now a new report from Variety claimed another round of layoffs are on the way as the company attempts to correct its course and move back into a profitable direction.

Following recent praise the streamer has received for newer releases such as Adam Sandler fronted project Hustle and award-wining flick, The Power of the Dog, here are the most-viewed Netflix original movies to date.

From Sandra Bullock’s Bird Box to Joey King’s The Kissing Booth 2, here are the films that have been watched for the most hours based on their first 28 days of being released. 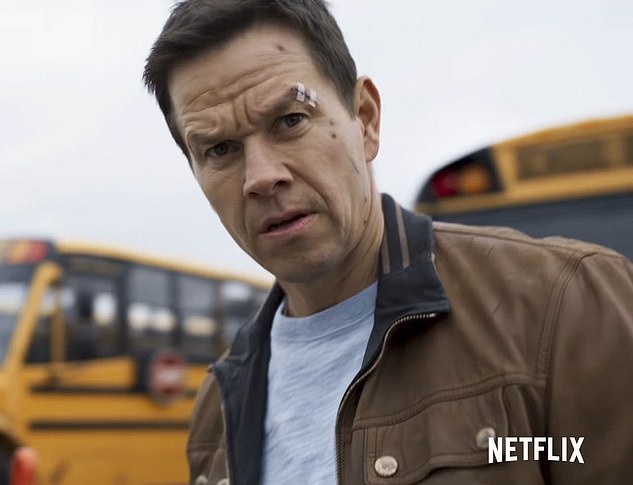 Mark as Spenser: Mark Wahlberg returns to his hometown of Boston by portraying an iconic character in the first trailer for Spenser Confidential 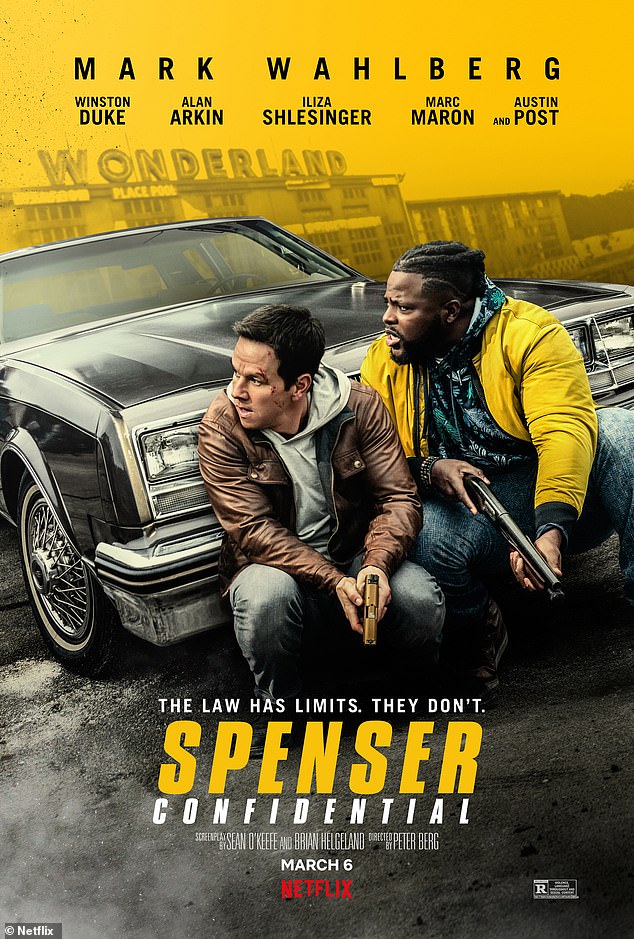 Mark Wahlberg returned to his hometown of Boston by portraying an iconic character in Spenser Confidential.

The Spenser character was originally created by author Robert B. Parker, whose novels were adapted into the 1980s TV series Spenser For Hire starring Robert Urich as Spenser and Avery Brooks as Hawk.

Wahlberg took over as the Spenser character for the flick, with Black Panther star Winston Duke as Hawk, with Post Malone making his live-action feature acting debut.

The story is adapted from Wonderland, the 2013 novel by Ace Atkins who was picked by Parker’s estate to continue the Spenser novel series after Parker’s death in 2010.

It wasn’t well liked by reviewers with a score of just 37 per cent on Rotten Tomatoes. However, audiences gave a higher score of 51 per cent. 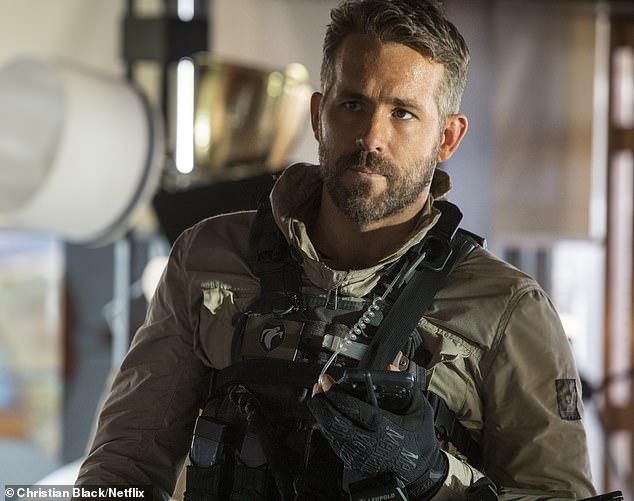 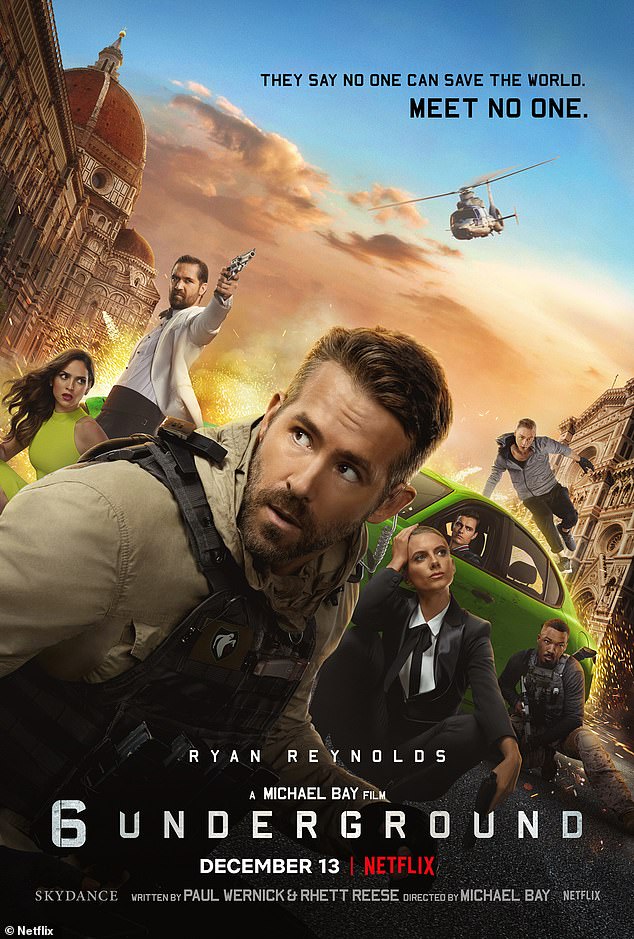 Ryan Reynolds delighted Netflix users as he teamed up with Transformers director Michael Bay for 6 Underground.

The action film follows an assassin who fakes his own death in order to turn his talents to eliminating evil.

6 Underground only managed to get a 36 per cent rating from critics but bagged a score of 60 per cent from the audience on Rotten Tomatoes. 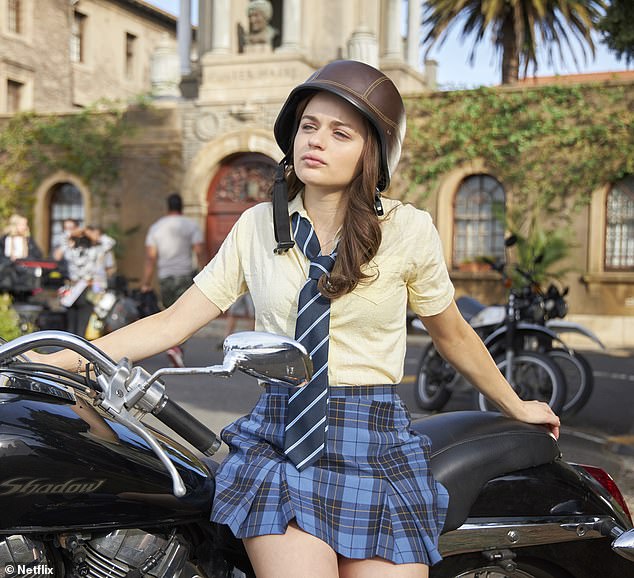 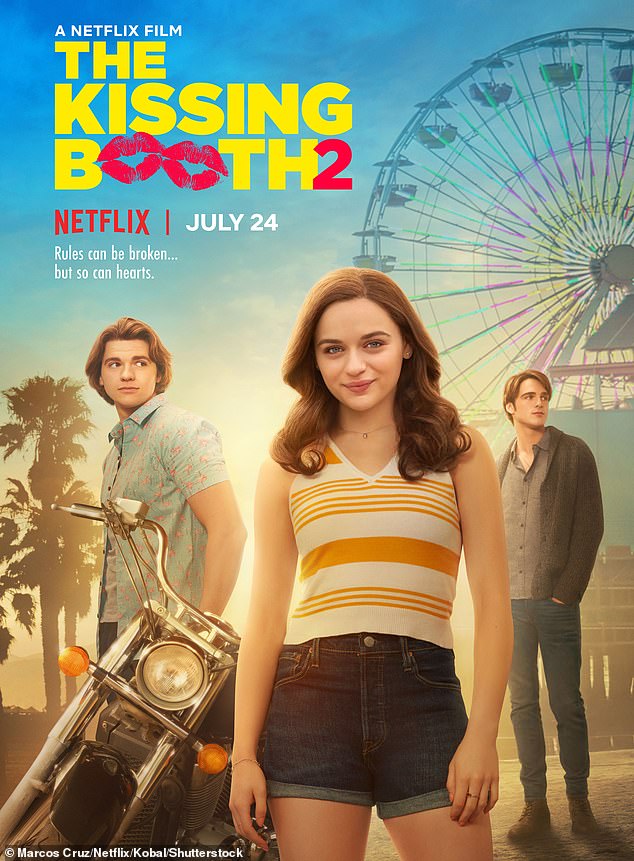 Starring Joey King and Euphoria star Jacob Elordi, The Kissing Booth trilogy was a huge hit for Netflix within the teenage demographic. To the point where the film’s sequel garnered enough views to land a place in the top ten.

The movie follows Elle Evans (King)  as she faces her senior year of high school while her boyfriend Noah Flynn (Elordi) is making new friends at Harvard University.

She then find herself dealing with a distraction in the form of the ‘seriously luscious’ Marco, played by Taylor Zakhar Perez. 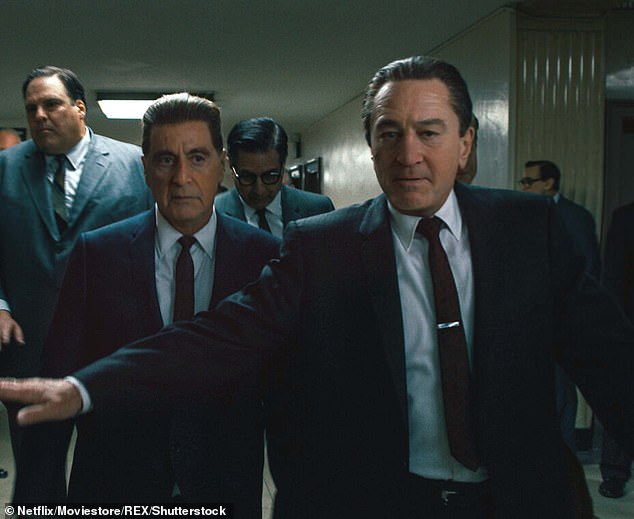 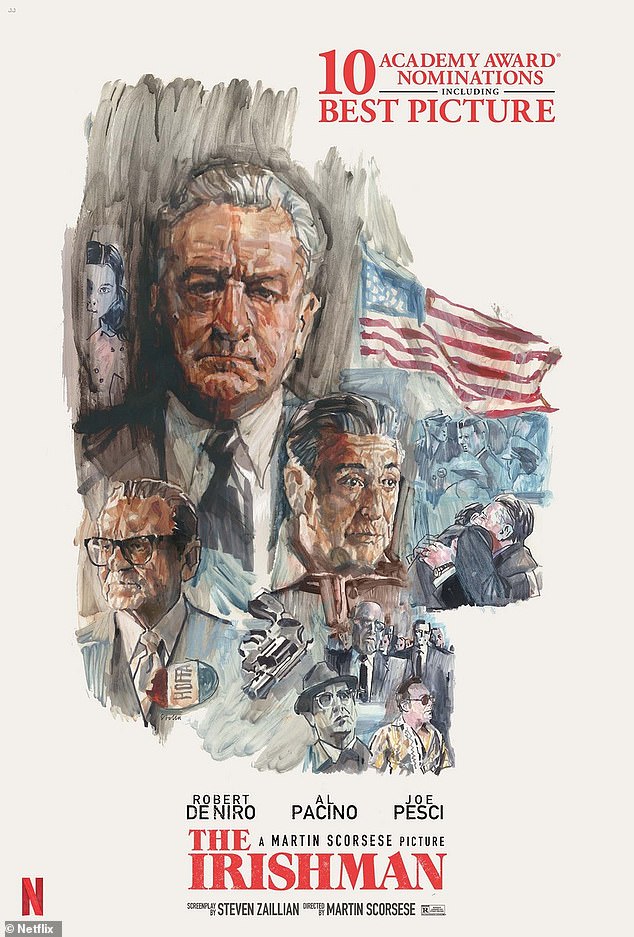 With a cast, including Robert De Niro, Al Pacino and Joe Pesci, some had expected a gangster thriller but The Irishman was a more reflective rumination on morality, violence and American power.

Based on Charles Brandt’s 2004 book I Heard You Paint Houses, a collection of recollections from the real-life figure Frank ‘The Irishman’ Sheeran, the movie has been in development, on and off, for more than a decade.

It stars De Niro as Sheeran, a mafia hitman and high-ranking Teamster official.

Shortly before his death, the real Sheeran confessed to killing Jimmy Hoffa (played here by Pacino) — a confession that remains in dispute, with Hoffa’s disappearance officially unsolved.

Pesci plays the mob boss Russell Bufalino, who takes Sheeran under his wing.

Netflix plunked down $159 million to make The Irishman after other studios passed and it paid off with the movie getting the highest critics rating on the list.

It received a 95 per cent sore from reviewers and 86 per cent from the audience on Rotten Tomatoes. 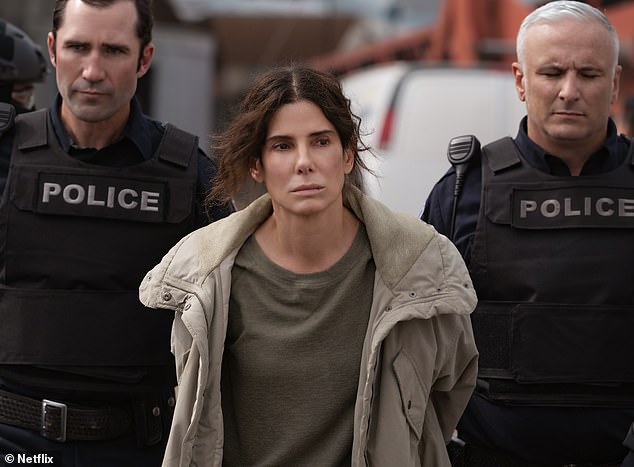 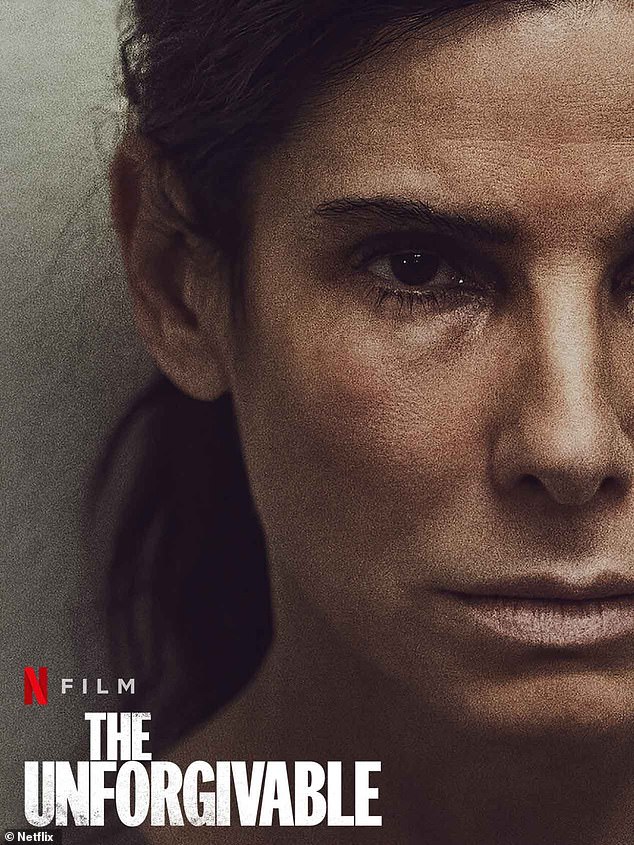 New version: Based on a three-part British miniseries titled Unforgiven, the film was watched for 214,700,000 hours

The Unforgivable is based on a three-part British miniseries titled Unforgiven, and sees Sandra Bullock star as ex-convict Ruth Slater.

Ruth is seen struggling to adjust to life outside jail after serving time for a double-cop-killing.

As the son of one of the slain policemen tries to avenge his father, Ruth tries to find her long-lost sister Katie who was given up for adoption.

The film didn’t get much love from critics with a low 30 per cent score, but viewers seemed to enjoy it as it pulled in a 74 per cent rating on Rotten Tomatoes. 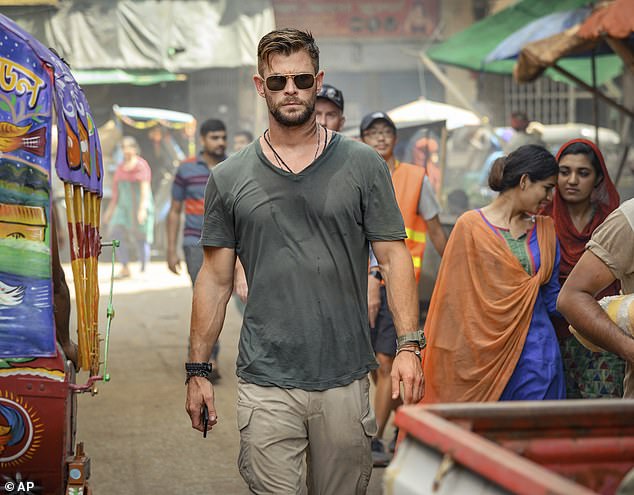 Action man: Chris Hemsworth’s Extraction was a big hit when it dropped on the streaming service in 2020 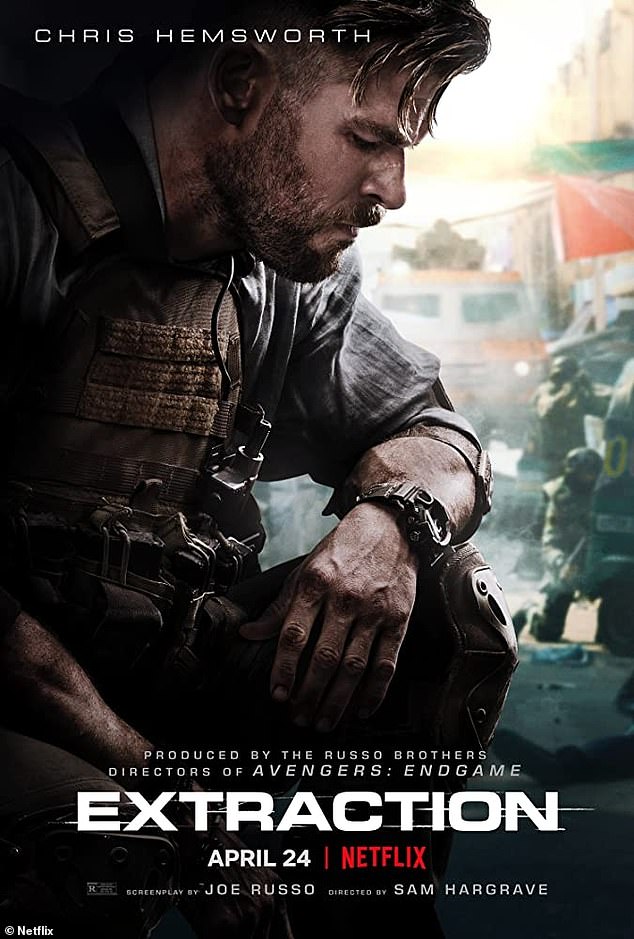 Chris Hemsworth makes an appearance on the list following the success of his 2020 film about a mercenary gone rogue.

The film is based on the graphic novel Ciudad by Ande Parks, Fernando Leon Gonzalez, Eric Skillman, and the Russo brothers.

It received a favorable score from critics and viewers, with 67 per cent and 70 per cent respectively. 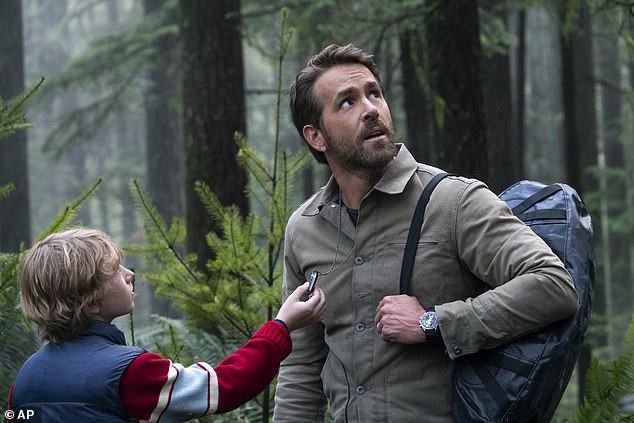 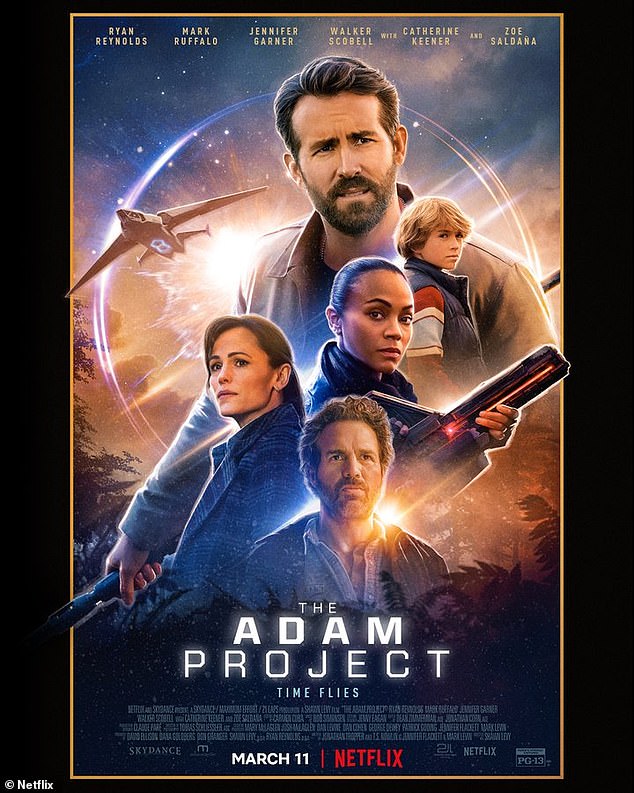 Stellar cast: Reynolds was joined by Jennifer Garner, Mark Ruffalo and Zoe Saldana in the film which was watched for 233,160,000 hours

Ryan Reynolds’ decision to reunite with Free Guy director Shawn Levy proved to be a sensible move due to the success of The Adam Project, a family saga revolving around time travel.

Reynolds’s fighter-pilot character, Adam, travels back from 2050 to 2022 in order to save the human race – isn’t it always the case?

However, his mission involves coming face-to-face with his 12-year-old self (Walker Scobell).

The pair of then travel further back to meet their late father (Mark Ruffalo), making things a real family affair.

Jennifer Garner and Zoe Saldana also star in the film which had been kicking around for ten years before being made.

Critics gave the film a 68 per cent rating, while the audience gave a more favorable Rotten Tomatoes score of 74 per cent. 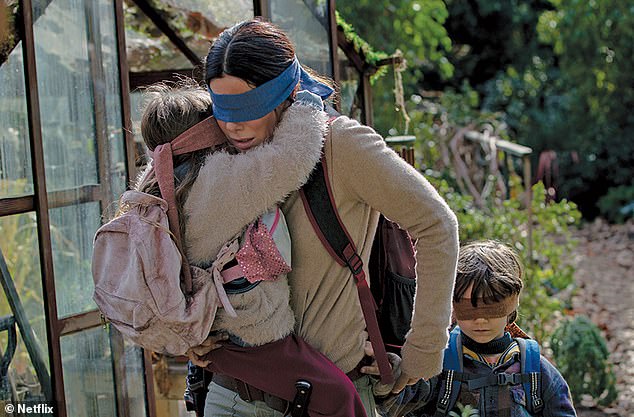 Paving the way: Bird Box was the first smash hit for Netflix following its release in 2018 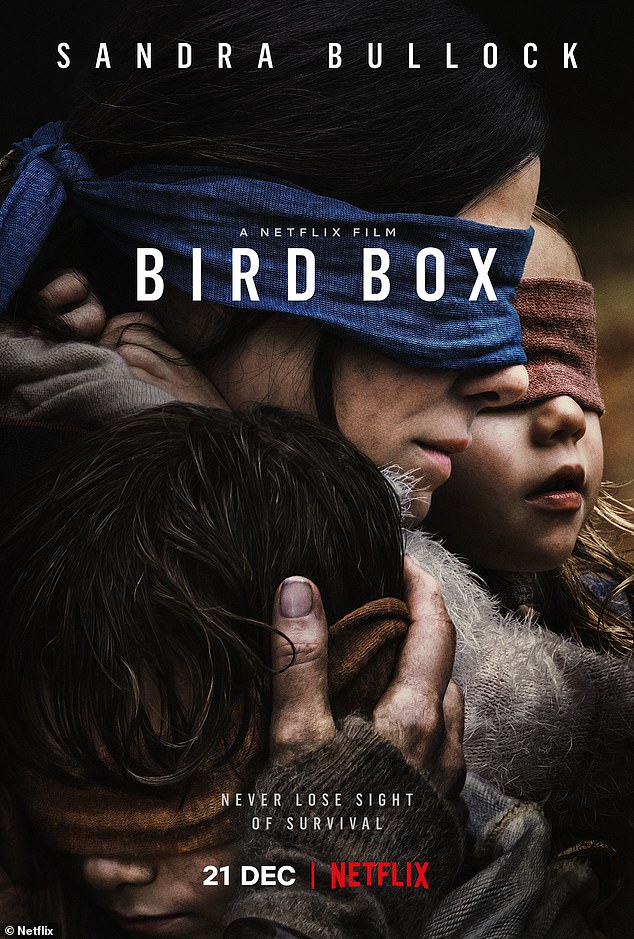 The second Sandra Bullock movie in the coveted top 10, Bird Box takes place in a future world in which demonic visions drive anyone who’s unfortunate enough to see them insane.

The infected individuals then kill themselves, ensuring other do everything possible to avoid the same fate.

Bullock stars as a woman trying to survive with two small children in tow.

They have to keep blindfolds on constantly when outside to protect themselves as they attempt to survive in the nightmare world.

The dystopian thriller was the first big hit for Netflix and even received a favorable 64 per cent rating from critics on Rotten Tomatoes.

However, not all viewers were as impressed with the scary movie with a audience score of 57 per cent. 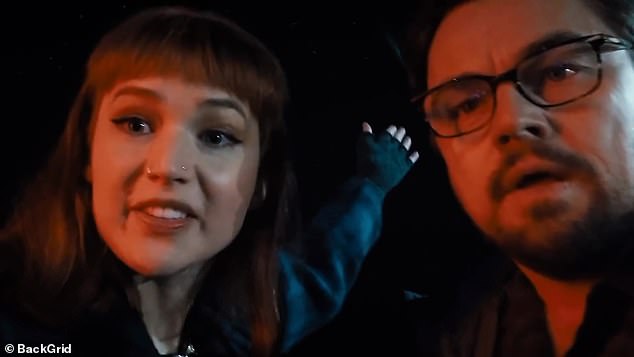 Successful satire: Leonardo DiCaprio and Jennifer Lawrence was an unmissable duo in Don’t Look Up 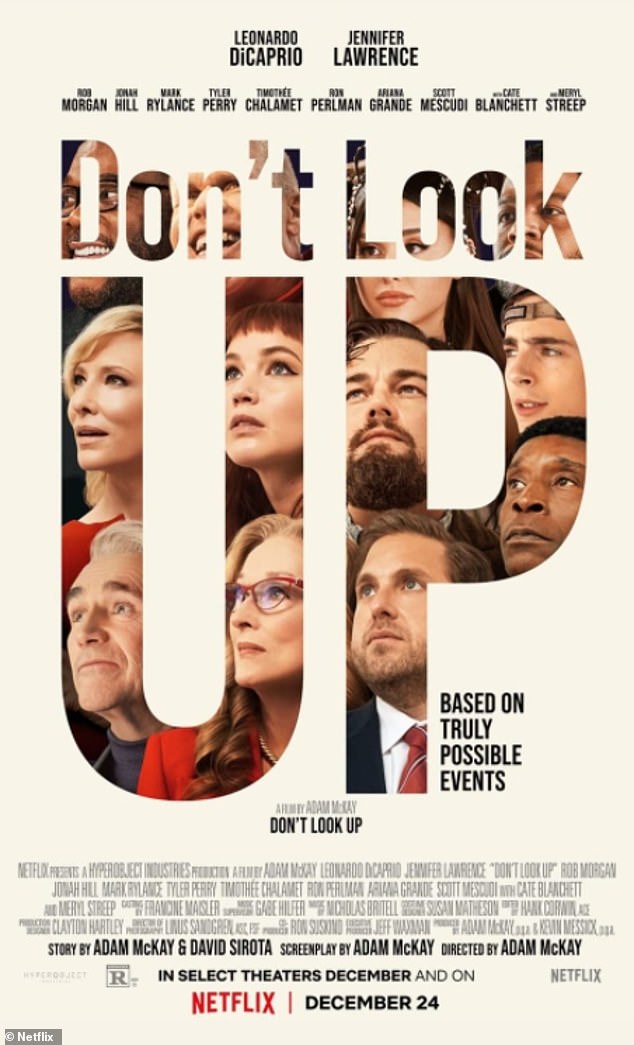 Star power: The star-studded movie by Adam McKay caused a lot of conversation and was watched for 359,790,000 hours

Coming in second place is Don’t Look Up, one of only two movies to cross the 300 million mark so far.

The duo stumble upon a comet with a ‘100 per cent’ likelihood of hitting Earth and ending life on the planet as we know it.

The President of the United States (played by Meryl Streep, 72) ignores them for fear that acting will harm her poll numbers and her son and Chief of Staff (Jonah Hill, 38) also brushes them off.

This causes the scientists to try and take matters into their own hands in order to avoid the end of the world.

The film from director Adam McKay certainly stirred up a spirited conversation about the dangers of climate change, Don’t Look Up only managed to get a 55 per cent from critics  on Rotten Tomatoes.

However, it faired better when it came to the audience rating with 78 per cent. 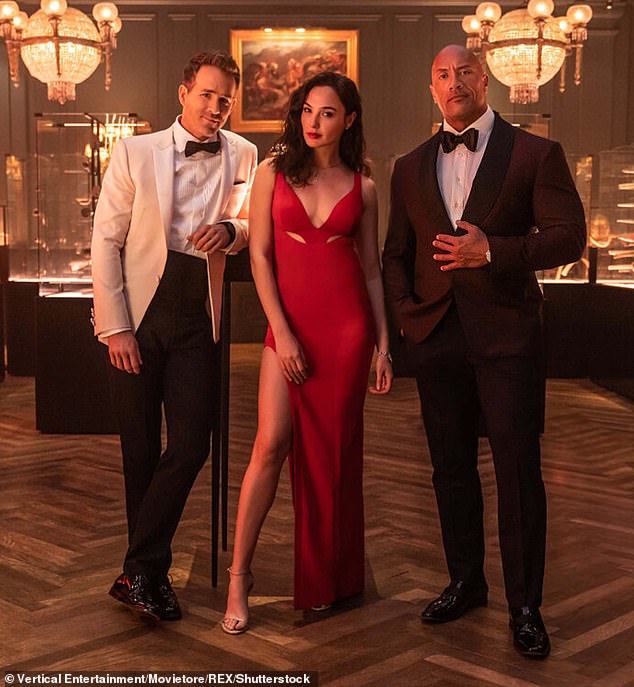 Three is the magic number: Dwayne ‘The Rock’ Johnson, Ryan Reynolds and Gal Gadot proved to be the dream team for Netflix in Red Notice 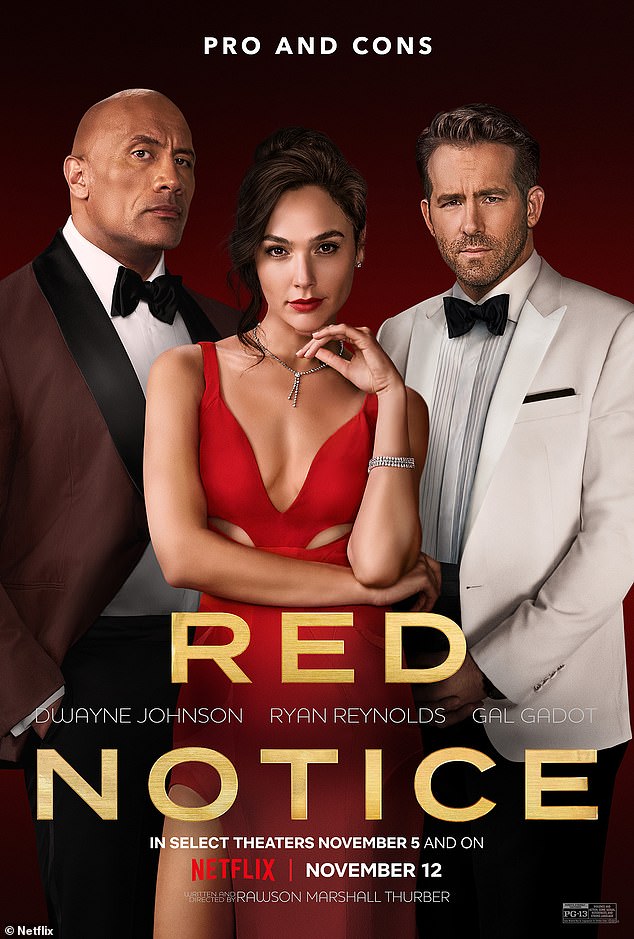 It was also released in theaters for people who wish to enjoy it on the big screen, with the Rawson Marshall Thurber directed film landing Netflix’s biggest opening weekend in the streaming service’s history.

Despite the success, Rotten Tomatoes has scored the film at 36 per cent based on 155 reviews from critics.

Among the poor reviews are a two-star write-up in The Guardian, which branded the movie an overly-complicated attempt to recreate the success of the Indiana Jones movies.

However, 92 percent of viewers beg to differ as they gave it a fresh rating on the site.

Roman Kemp reveals he considered suicide during his depression battle