Roman Kemp has revealed he underwent fertility tests to check his sperm count.

Speaking during a debate on men’s biological clocks during Thursday’s Loose Men special, the radio star, 29, told how it was his desire to have a family as he said: ‘I want more than anything to be able to be a dad.

Roman – who is thought to be single – added that he took action after thinking seriously about his fertility as he approached his 30th birthday. 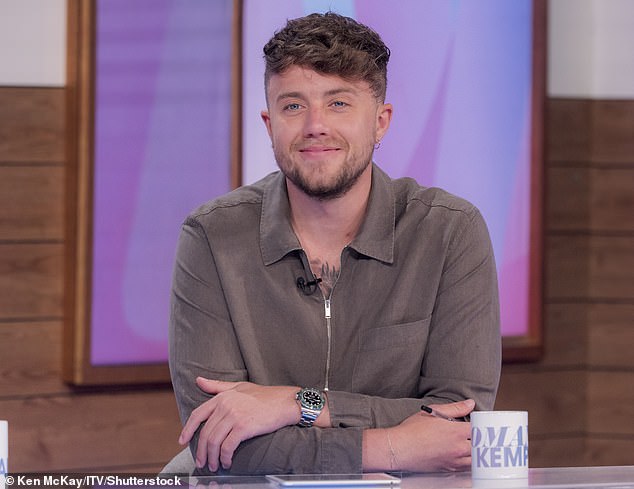 Keeping check: Roman Kemp has revealed he underwent fertility tests to check his sperm count during an episode of the Loose Men special on Thursday

When asked if he’s thought about his biological clock ticking, Roman responded that for him, life was all about ‘about having kids and having a family’, before stating: ‘I want more than anything to be able to be a dad.’

Speaking about it further, he continued: ‘For the last five years I’ve felt myself approaching 30 and thinking, I really hope I can have kids.

‘So much so that I’ve gone and taken a fertility test and I’m very fortunate to say that I can have kids.’

Roman went on to say that he initially feared his friend’s reactions to his fertility test, but was left pleasantly surprised when they were on board with the idea.

He said: ‘But that conversation alone – going to the pub and saying to your mates “I’m actually going to go and get my sperm count checked” – I was shocked at how many of my mates wanted to do that.’

As the conversation continued on the panel, Roman later added: ‘I do think that men do worry about it and rightly so. Between 1973 and 2011 sperm count fell by 52 percent. 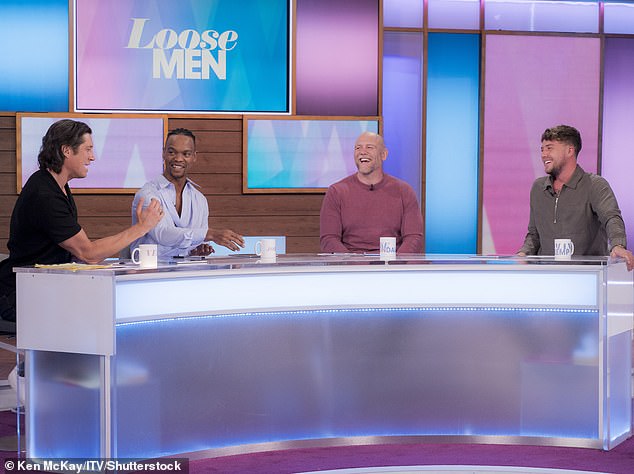 Changing it up: The Capital Breakfast presenter had joined Johannes Radebe, Mike Tindall and host Vernon Kay on the all-male panel as part of Mental Health Awareness week

‘Talking about biological clocks, that is something I worry about, being somebody that has yet to be a dad. It’s what I want.’

One of the tests to check sperm count your GP can arrange is a semen analysis.

This is where a sample of semen is analysed to check the quality and quantity of the sperm. The results are usually available within a week.

If the results are not normal, the test should be repeated to ensure it was accurate. This will normally be performed after 3 months.

Your GP can refer you to a specialist in male infertility at your local hospital or fertility clinic if any problems are found.

It comes after Roman confessed in an interview last month that he ‘doesn’t date English girls’ because he likes it when a potential love interest doesn’t know who he is.

Roman, the son of Spandau Ballet star Martin and Wham! backing singer Shirlie, added that he is desperate for a relationship to emulate his parents’ 34 year marriage.

Speaking on the Diary Of A CEO podcast about his dating life, Roman explained that he is most attracted to independent women.

‘Women that have their life plan and are busier, that attracts me more than anything.

‘You look at the girls I’ve dated in the past, they’re girls that are doing their own thing and they’re f***ing good at it,’ he gushed.

Roman went on to explain that he likes to build a connection with someone away from his fame and fortune.

The single star is ready to settle down and start a family, adding: ‘I want that relationship I see my mum and dad have. I want that more than anything.

‘The thing I panic about more, it’s an odd thing, but I think it’s an insecurity that a lot of men have that they never talk about as well, which is, “Will I be able to have kids when I’m older?”.

‘That’s my biggest fear. I think that my sole purpose in this life is to make other people that are nice.’ 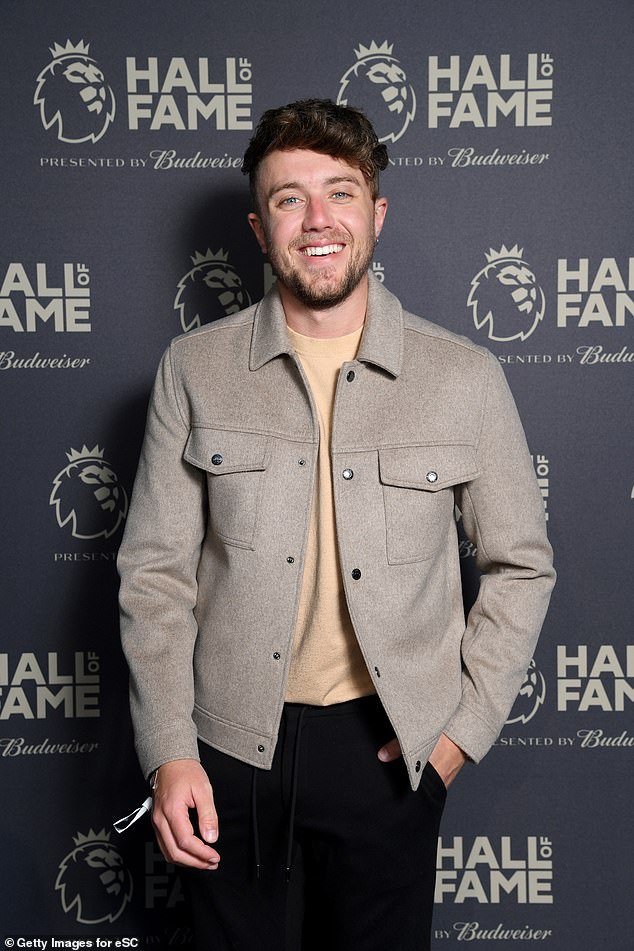 Preferences: It comes after Roman confessed in an interview last month that he ‘doesn’t date English girls’ because he likes it when a potential love interest doesn’t know who he is

The last girl Roman was publicly linked to was German model Jette Kerkoff. In September the former I’m A Celeb star was seen passionately kissing the beauty, just days after it was revealed he had split from his ex-girlfriend.

In an exclusive picture obtained by MailOnline, the Capital FM host locked lips with the former cheerleading champ, who is studying media studies at the University of Amsterdam, while on holiday in Mykonos with his pals.

According to friends close to Jette, herself and Roman had met previously during her travels across Europe and the former I’m A Celebrity… Get Me Out of Here! star has liked pictures on her Instagram account posted in June.

A source said: ‘Roman and Jette have lots in common and she’s very much his type.

‘She certainly perked up his holiday and there’s signs it could lead to something more serious down the line, especially as he’s been single for a few months now.

‘They live in different countries but they’re paths are likely to cross given how much Jette visits London. She loves clubbing in the capital and is a real party girl.’ 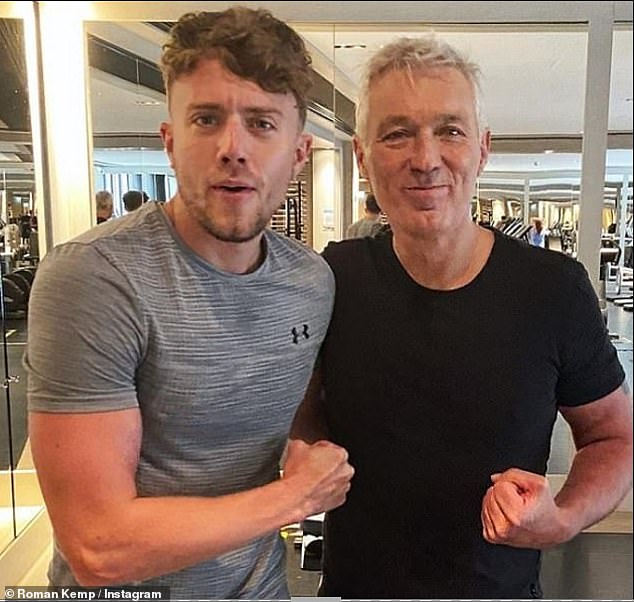 Role model: Roman, the son of Spandau Ballet star Martin and Wham! backing singer Shirlie, added that he is desperate for a relationship to emulate his parents’ 34 year marriage

A spokesman for Roman refused to comment when approached by MailOnline.

Roman’s split from his Aussie radio producer ex was revealed days before the photo of him and Jette was unveiled.

They started dating at the turn of the year and he introduced her to his pop star parents before they ended the relationship amicably.

He was also linked to Codie Jones last year after they were said to have bonded over the heartbreaking death of their best friend Joe Lyons. 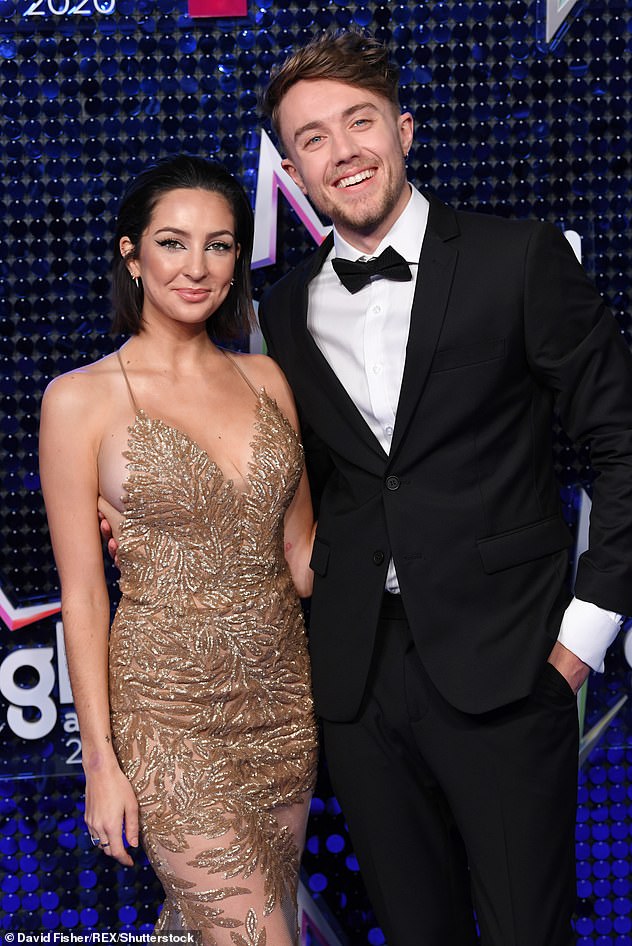 Stevie J. files for divorce from Faith Evans three years after the couple got hitched in Las Vegas

Strictly bosses hopeful Michael Owen will sign for the next series