Sarah Michelle Gellar dug deep into the past to share a hilarious video of Jada Pinkett Smith revealing that she had to bribe son Jaden to attend the 2007 Oscars.

The 44-year-old actress took to instagram and posted a sweet throwback photo of herself with Jada, 50, her son Jaden, 23 (nine at the time), and husband Will Smith, 53, from the post-Oscar Vanity Fair party.

She followed it up with a second slide of a video from the Live with Kelly and Ryan show where Jada said she had to promise Jaden that he’d get to meet the Buffy star in order to get him to go to the Academy Awards ceremony. 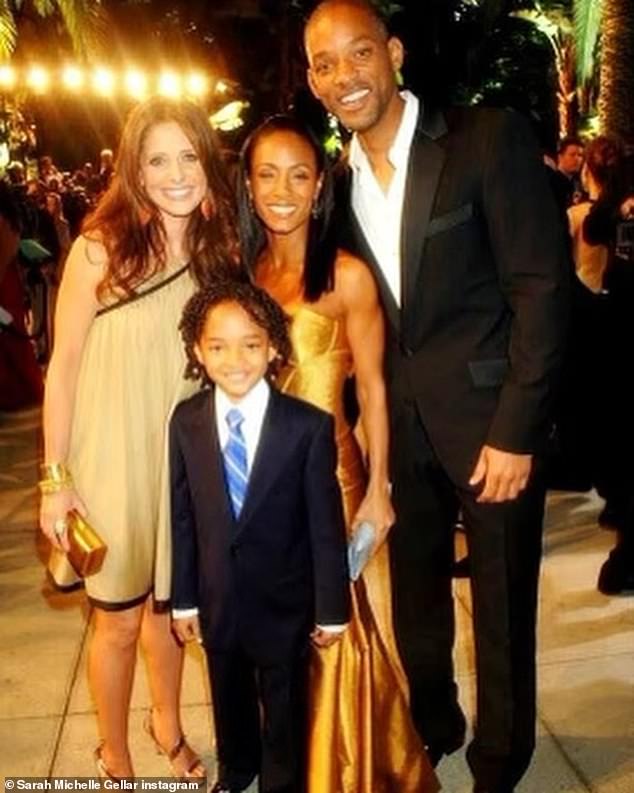 Blast from the past: Sarah Michelle Gellar, 44, took to Instagram to share a 2007 throwback photo with the Smith family as well as a hilarious video of Jada Pinkett Smith, 50, revealing that she had to bribe son Jaden (nine at the time) to attend the Oscars that year

‘I’ve never been so nervous in my life. I’ve been in the business for a while but having my son at the Academy Awards and he was presenting, and he had all these stipulations,’ the mom-of-two revealed in the clip.

When Kelly’s co-host inquired whether Jada made the meeting happen, she replied: ‘I had to call Sarah! I said, “Sarah please, will you please at the Vanity Fair party…can Jaden just say hello to you?” And she was so wonderful, so sweet about it.’

The bribe seemed to have worked, because the Matrix star revealed that Jaden was well-behaved during the entire ceremony.

‘He sat there at the Oscars very quiet. He was cooperating,’ she said. 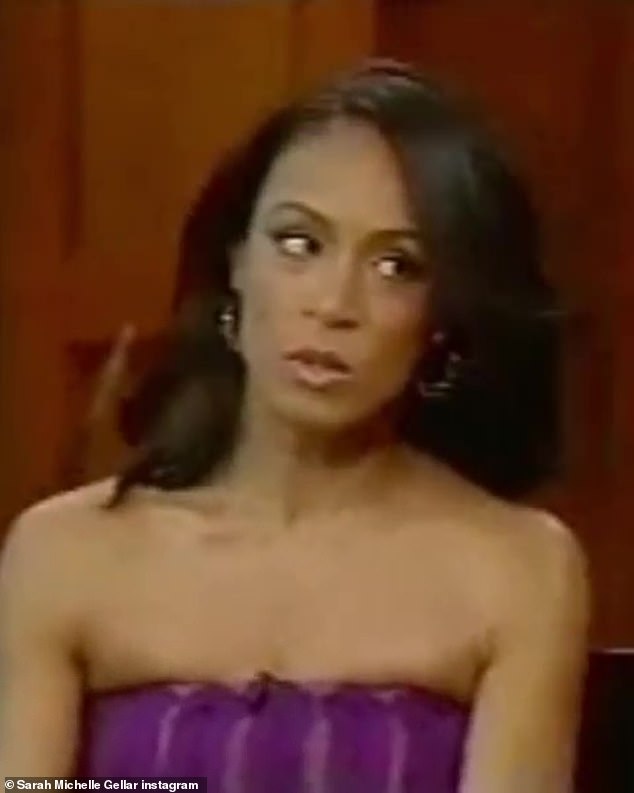 Blast from the past: In the video the Matrix star reveals that she had to promise son Jaden he could meet the Buffy actress to get him to go to attend the Academy Awards 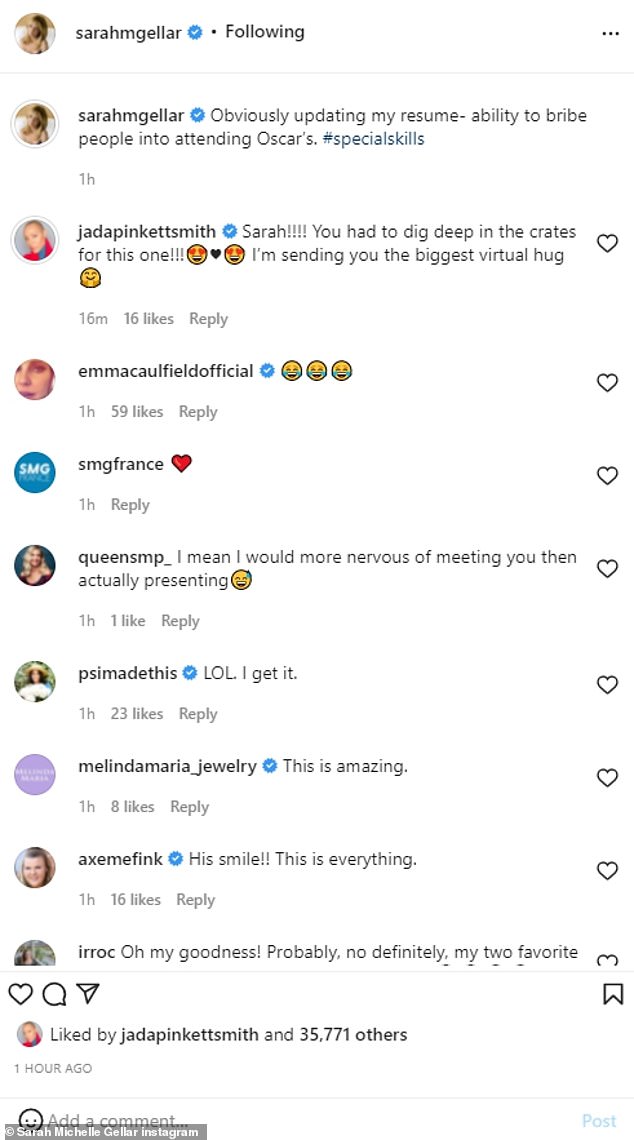 Funny: ‘Obviously updating my resume – ability to bribe people into attending Oscar’s. #specialskills’ Gellar wrote in the caption of the photo, which both Jada and Jaden liked and commented on

The Scooby Doo star happily shared the photo that commemorated the meeting, which she captioned with a joke, writing: ‘Obviously updating my resume – ability to bribe people into attending Oscar’s. #specialskills’

Meanwhile Jada liked the post and responded in the comments writing, ‘Sarah!!!! You had to dig deep in the crates for this one!!!! I’m sending you the biggest virtual hug.’ 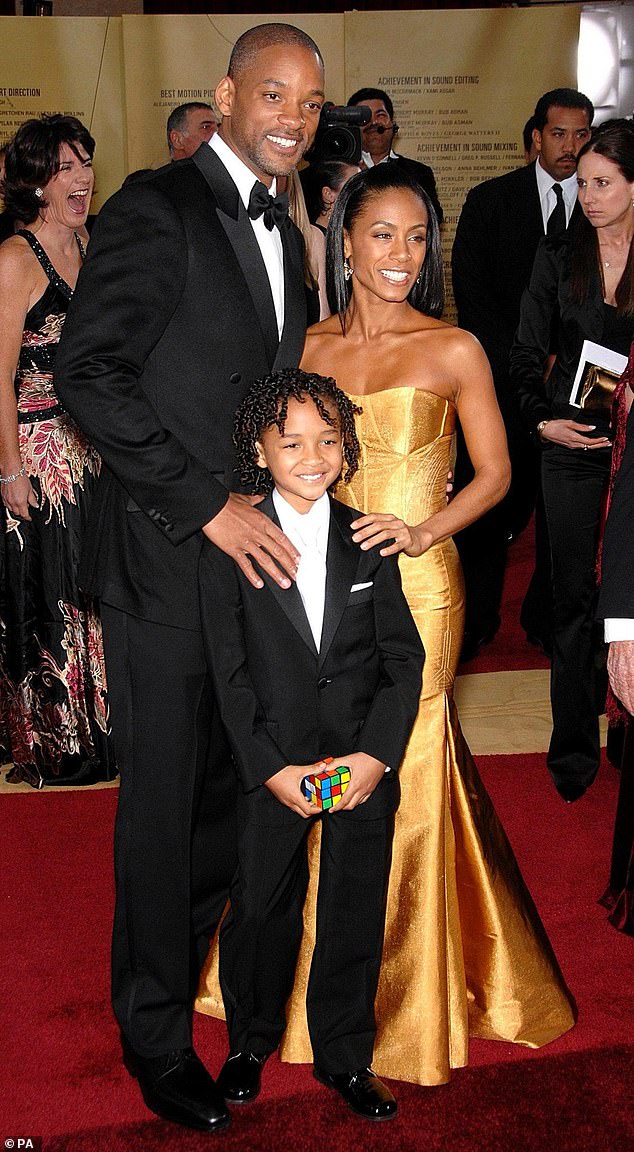 Golden couple: Jada attended the 79th Academy Awards on Feb 25, 2007 to support Will, 53, who was nominated for his role in The Pursuit of Happyness – which also starred their son Jaden, 23

Pinkett Smith attended the 79th Academy Awards on February 25, 2007 to support husband Will who was nominated for his role in The Pursuit of Happyness – which also starred their son Jaden.

The glam trio looked like the perfect Hollywood family as they posed on the red carpet in front of the Kodak Theatre, with Jada wearing a stunning gold gown.

The talented family later met up with Gellar who attended the post-Oscar Vanity Fair bash where she donned a gorgeous one-shoulder tan boho dress. 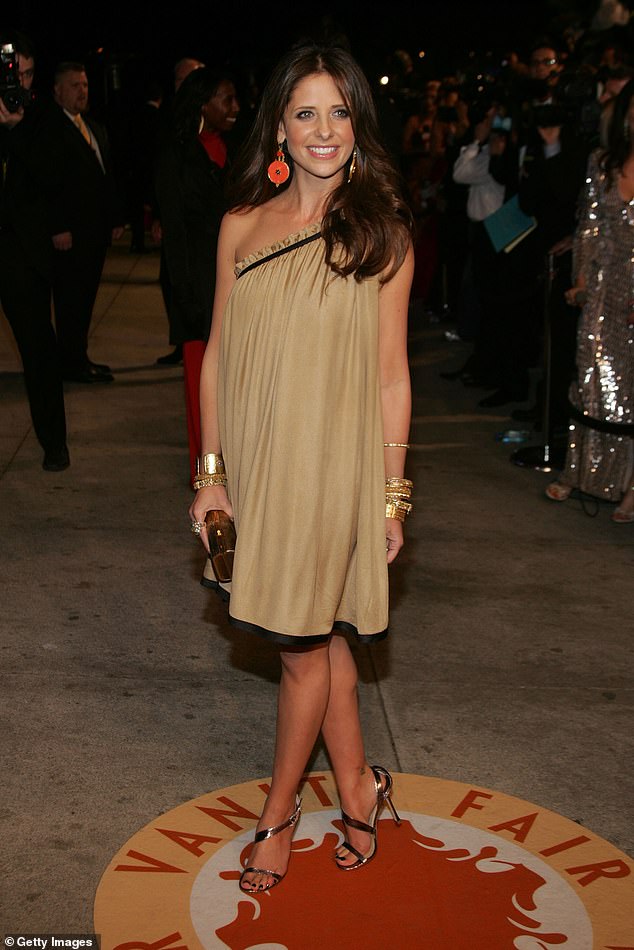 West Side Story’s Kyle Allen to star as He-Man in Masters Of The Universe, replaces Noah Centineo