‘Her biggest dream was for me to graduate’: Stormzy thanks his mother in heartfelt speech as he receives honorary degree from Exeter University

British rapper Stormzy was awarded an honorary university degree on Tuesday, and thanked his mother in a moving acceptance speech.

The star, 28 – whose real name Michael Owuo Jr – also praised the ‘guts, grit and dedication’ of students as he was awarded the honour at Exeter University.

The achievement was dedicated to the musician for his work to promote education and fighting racial inequality. 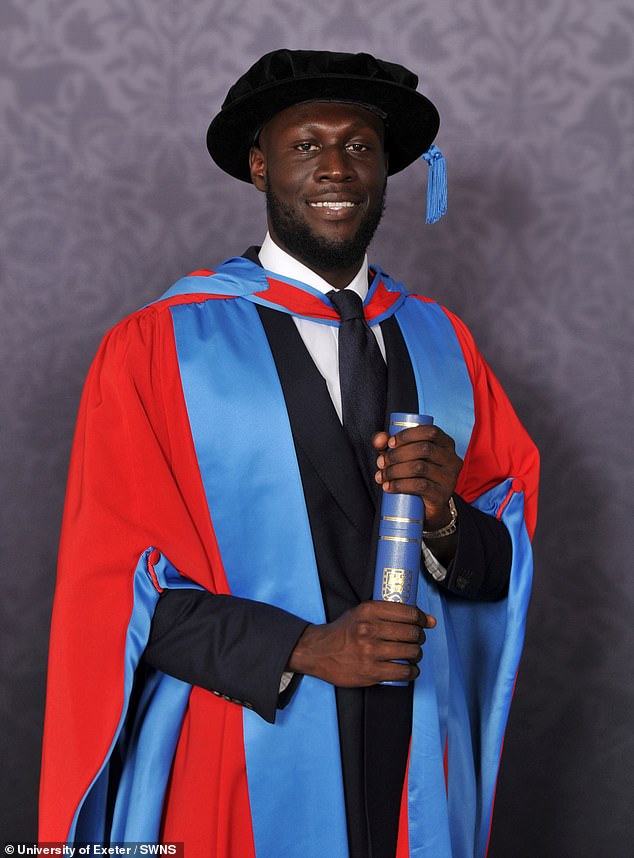 Achievement: British rapper Stormzy has been given an honorary university degree on Tuesday, and thanked his mother in a moving acceptance speech

As well as being an acclaimed performer, Stormzy has been an inspiring spokesman for Black empowerment and social activism.

In his speech to graduates Stormzy said he felt ‘extremely blessed and grateful’ to receive his honorary degree.

He also joked about how pleased he was to be known as a philanthropist – and thanked his mother who was watching on. 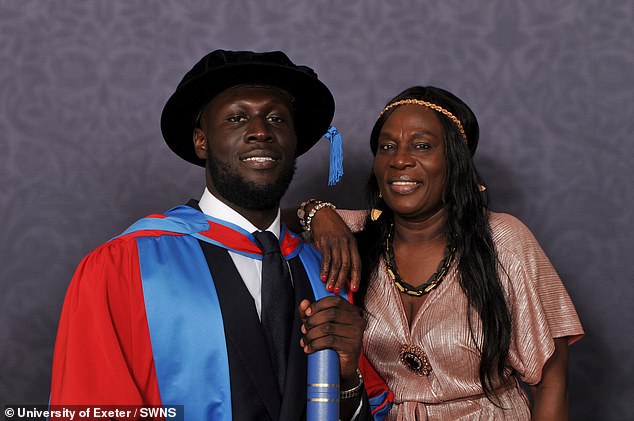 Proud: During his speech Mr Owuo also thanked his mother ‘who is sitting there beaming with pride and joy right now

Stormzy said: ‘The journey I took to get to this moment has been considerably different to yours.

‘You guys have the guts and the grit and the dedication that it takes to study for years and to finish your degree whereas I got my AS results in my first year of college and said yeah, see you later.

‘I didn’t have the same minerals that you guys have. 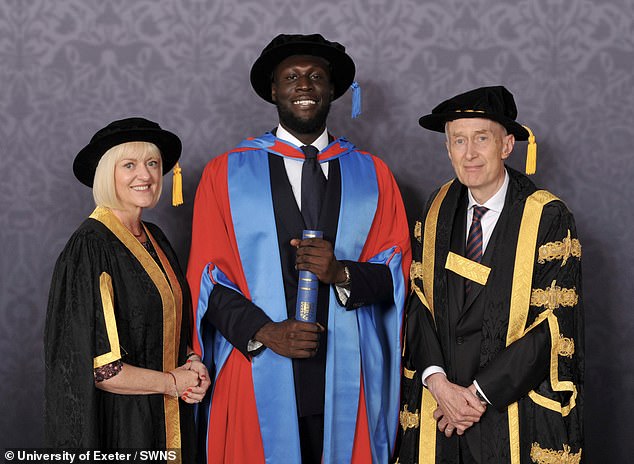 ‘You are worthy and you are brilliant’: Stormzy said: ‘The journey I took to get to this moment has been considerably different to yours’ as he spoke to graduates

‘A year later I took another swing at my A levels at a different college until I sat down for my English exam in January and walked out after 10 minutes.

‘It took a hell of a lot for you to get here today. Your journeys to get to this moment were hard fought.

‘The road you took was not easy. And this is coming from someone who tried to walk that exact same road and failed.

‘So from the bottom of my heart I say congratulations, well done and you should all be so proud of yourselves, what you have achieved is incredible.

During his speech Stormzy also thanked his mother ‘who is sitting there beaming with pride and joy right now because her biggest dream for me was for me to go to university and graduate and then become somebody so this moment is real full circle’. 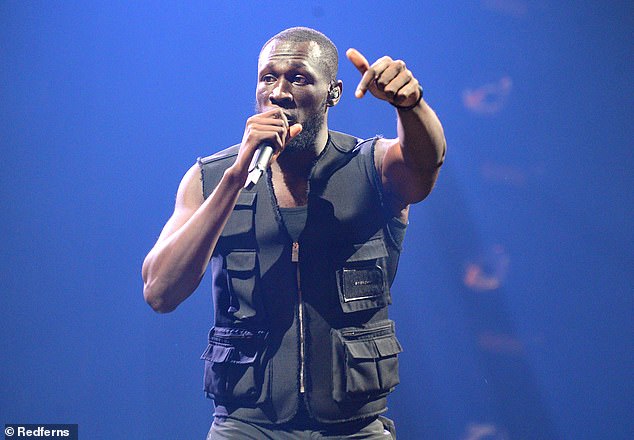 Inspiration: The achievement was dedicated to the musician for his work to promote education and fighting racial inequality (pictured in March)

He added: ‘And I always say that God has a funny way of bringing you exactly where you were meant to end up’.

Professor Lisa Roberts, University of Exeter Vice Chancellor, said: ‘We are proud to honour Michael for his remarkable contribution to society and extraordinary talent.

‘He is an outstanding musician and wordsmith, and he inspires people to speak openly about their beliefs and fight for their rights.

‘The University of Exeter has put social justice at the heart of its new ten-year strategy which includes opening doors to people from all walks of life into higher education and it was wonderful to hear Michael’s powerful speech today to students and graduates.’

His ‘Stormzy Scholarship’, an annual studentship to fund Black British students to go to the University of Cambridge, has so far supported six Black students through their Cambridge education.

Last year saw a very significant expansion, with HSBC donating £2 million to support 30 ‘Stormzy Scholars’ over the next three years.

Stormzy’s charity, #Merky Foundation, to which he has pledged £10 million over 10 years, supports organisations, charities and movements that are committed to fighting racial inequality, justice reform and Black empowerment within the UK. 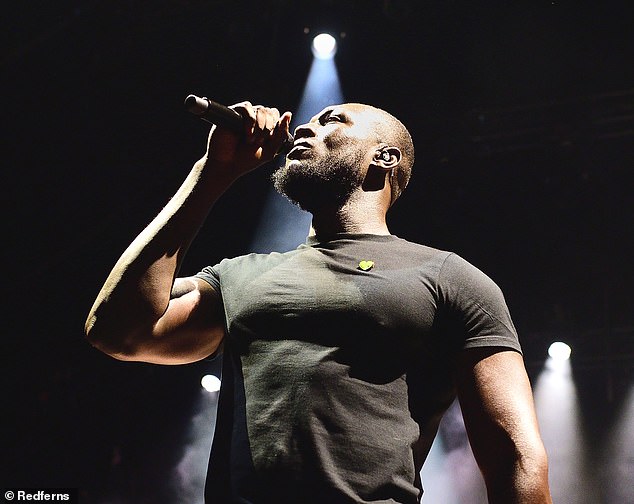 Role model: As well as being an acclaimed performer, Stormzy has been an inspiring spokesman for Black empowerment and social activism (pictured in June)