The Bachelor star Alex Nation opened up about how she previously had an abortion during an honest Instagram Q&A with fans this week.

The 30-year-old, who recently gave birth to her second child, told her followers her story in the hopes of removing ‘the stigma’ around the topic.

After a fan asked the question on Monday night, the newly engaged reality star responded: ‘Yes, I have had an abortion. 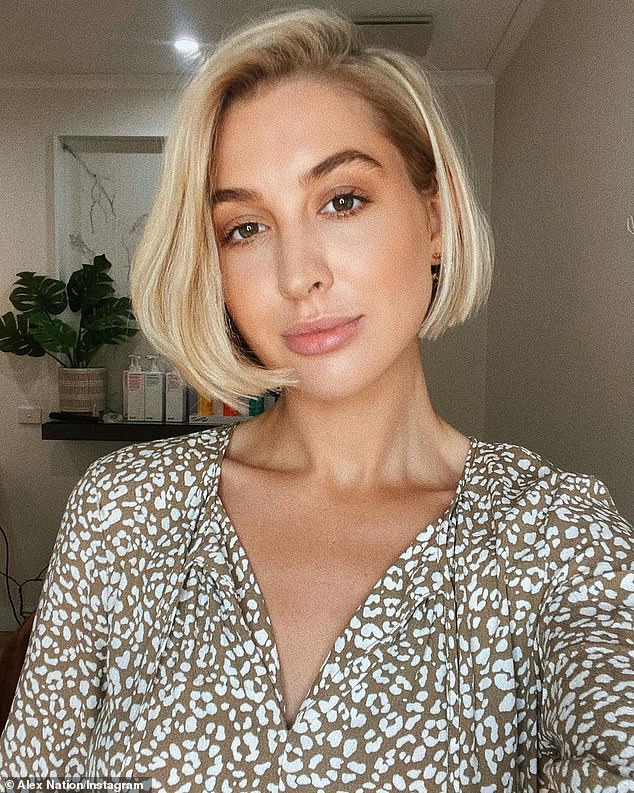 Removing the stigma: The Bachelor star Alex Nation opened up about how she previously had an abortion during an Instagram Q&A with fans this week

‘I think it is incredibly important that we change how we talk about abortion.

‘The topic typically lives in the shadows which only creates misinformation and stigma.’

She also shares a son Elijah, 10, with her ex-husband Joel Porter.

Alex won the heart of rope-access technician Richie Strahan on The Bachelor in 2016, but they split a year later.

Alex’s admission comes two years after fellow Bachelor star Abbie Chatfield told her own story of her abortion in a bid to help others. 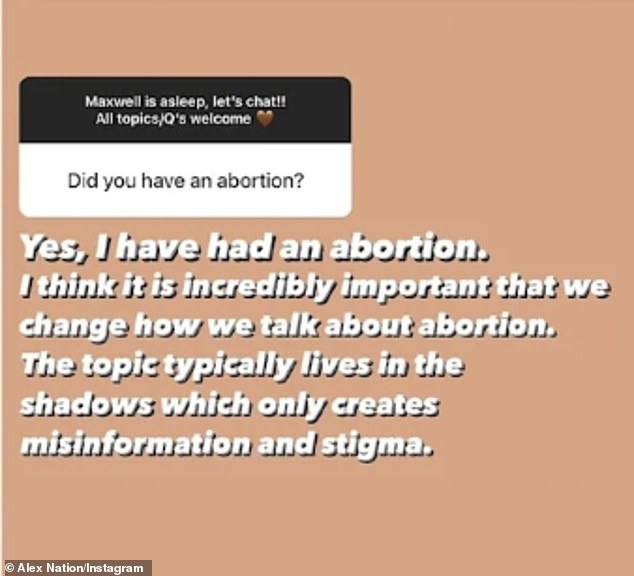 Speaking her truth: After a fan asked the question on Monday night, the newly engaged reality star responded: ‘Yes, I have had an abortion’ 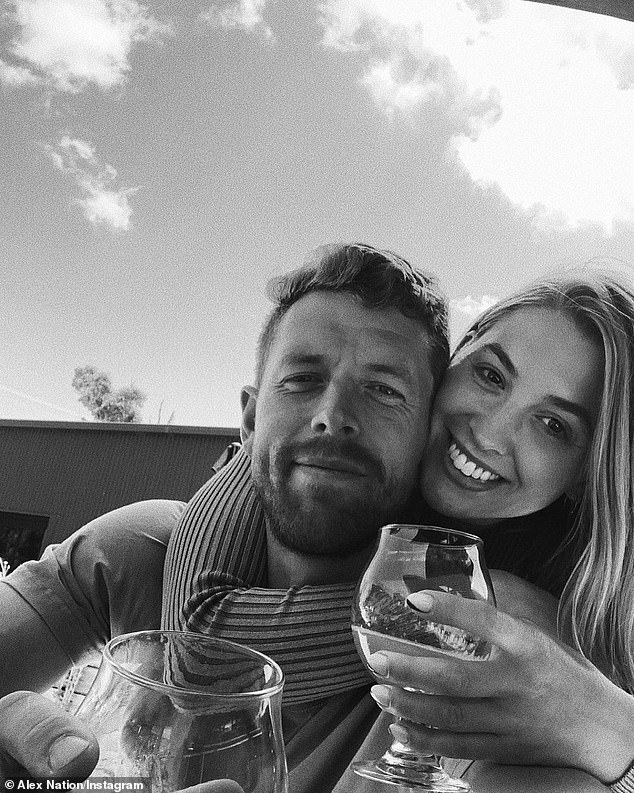 The 26-year-old told the Shameless podcast in October 2019 that she had an abortion months before appearing on Matt Agnew’s season, saying that the frequent discussions about pregnancy on-set were upsetting in light of her experience.

During one particularly tough day of filming, Abbie broke down in tears after a producer suggested how ‘nice’ it would be to have a child.

The male producer asked Abbie a leading question about pregnancy while former Bachelor winners Laura Byrne and Snezana Wood were visiting the set.

‘Isn’t it nice to see Snez and Laura pregnant?’ he asked. ‘Wouldn’t it be nice to be pregnant with someone you love?’

‘Because I had an abortion last year, I just started sobbing,’ Abbie confessed. 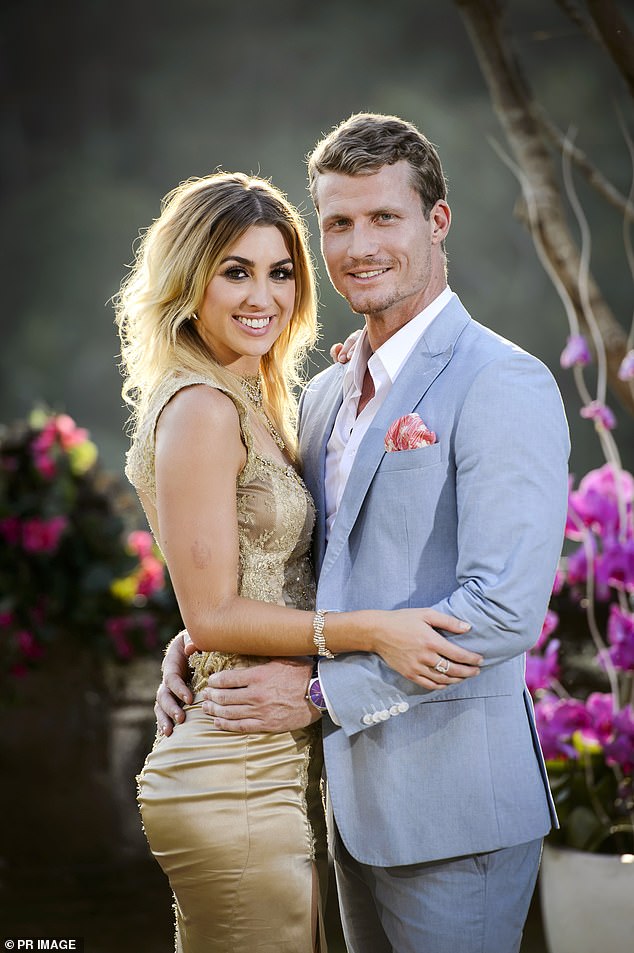 Reality star: Alex won the heart of rope-access technician Richie Strahan on The Bachelor in 2016, but they split a year later

Abbie acknowledged that her abortion made her ‘hesitant’ to start a family.

Her situation was made worse by the fact other people on set, including Sogand Mohtat and Matt Agnew’s friend Kate, would often ask her about having children.

‘I’m so sick of having to justify [to these women] why I haven’t been screaming from the rooftops, “I want kids”,’ Abbie said.

‘At that time, I felt very guilty for saying that I wanted kids because I had aborted one in March last year.’

Abbie went on to say that producers didn’t know about her abortion before the show.

It didn’t become common knowledge until she ‘whispered’ her secret to Matt Agnew one day during filming. A crew member overhead her and said, ‘Abbie, you’re going to have to say it out loud.’ 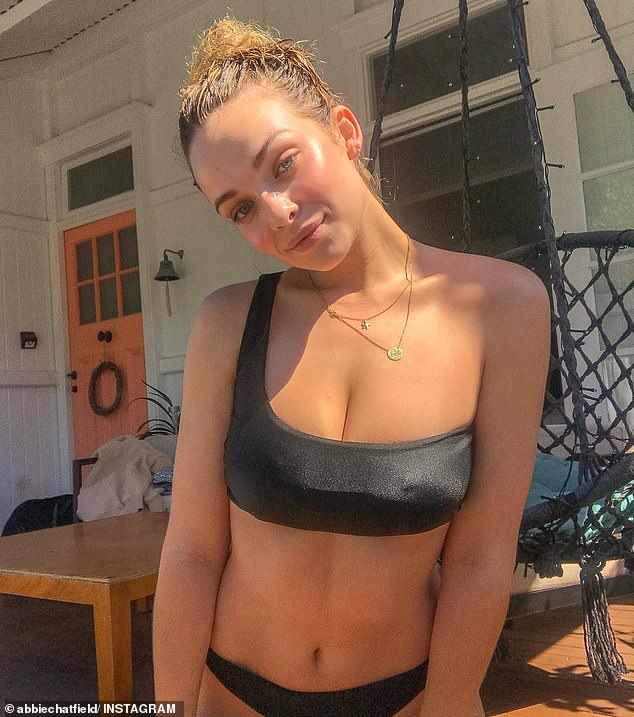 ‘I felt guilty about having kids’: The Bachelor runner-up Abbie Chatfield (pictured) revealed in 2018 that she had an abortion several months before filming the show

‘And then I turned around, looked dead in the camera and said, “I had a f**king abortion last year!”‘ she revealed.

Abbie later ‘begged’ producers not to include the revelation in the final edit, but she decided to go public herself in order to combat the stigma surrounding abortion.

She became emotional on the podcast, fighting back tears as she explained her reasons for sharing her story.

‘In the house, I told the girls about my abortion… because I didn’t want other women to feel ashamed about having abortions and I feel like it was used against me,’ she said.

‘A lot of women have abortions and, whether or not you know they have abortions, it’s OK. I just don’t want people to be shamed for that or feel internal shame.

‘Maybe someone who’s kind of in the public eye saying they’ve had an abortion and that it’s OK will help them [women who’ve had abortions].’ 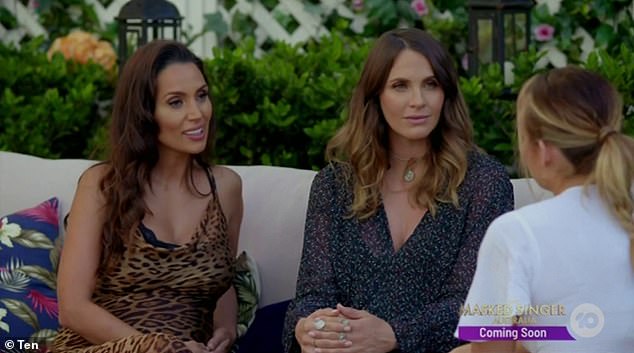 Traumatic: Abbie said the frequent discussions about pregnancy and babies on The Bachelor were upsetting in light of her experience. Pictured on the show with former Bachelor winners, Snezana Wood (left) and Laura Byrne (centre), who were both pregnant at the time

Acting boss of Colombo family, 87, 'is suffering from Alzheimer's and now believes he is president'