Ashley Cole stresses that Chelsea can’t afford to lose Antonio Rudiger with defender out of contract in the summer as Blues boss Thomas Tuchel states: ‘We have things to offer’

Rudiger was on the scoresheet as Chelsea beat Tottenham 1-0 on the night and 3-0 on aggregate to progress to the final of the Carabao Cup.

The centre-back is a key part of Thomas Tuchel’s team, but his future at Stamford Bridge is uncertain given that his contract expires in the summer. 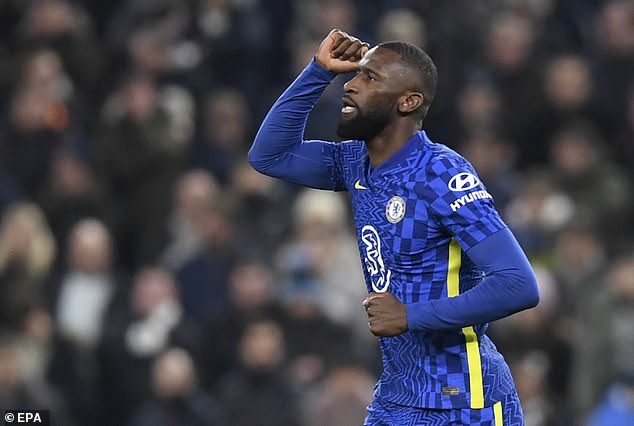 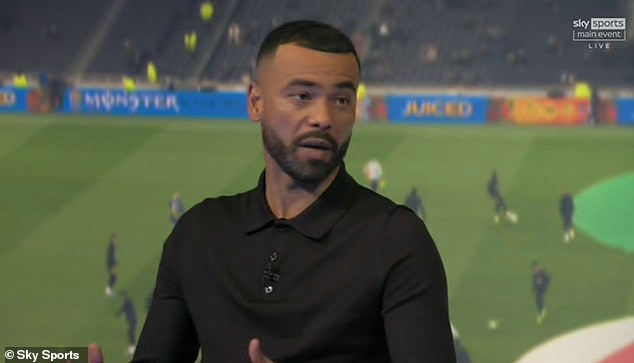 Cole implored Chelsea to keep Rudiger, whose contract is set to expire at the end of June

Rudiger is allowed to sign a pre-contract agreement with foreign clubs and he is the subject of interest from a host of clubs, including Real Madrid, Paris Saint-Germain and Bayern Munich.

However, Cole has stressed that is pivotal keep hold of Rudiger.

Speaking on Sky Sports, Cole said: ‘Rudiger was brilliant. You can’t lose top, top key players in this dressing room. I think he can do everything.

‘He can play out from the back, he can start attacks, he doesn’t like to be beat one v one, so he puts his body on the line. He’s becoming a real leader. He’s temperamental at times.’

Jamie Redknapp criticised Rudiger’s defending for an incident involving Tottenham’s Pierre-Emile Hojbjerg, who was initially awarded a penalty only for VAR to intervene and a free-kick to be given to Tottenham instead. 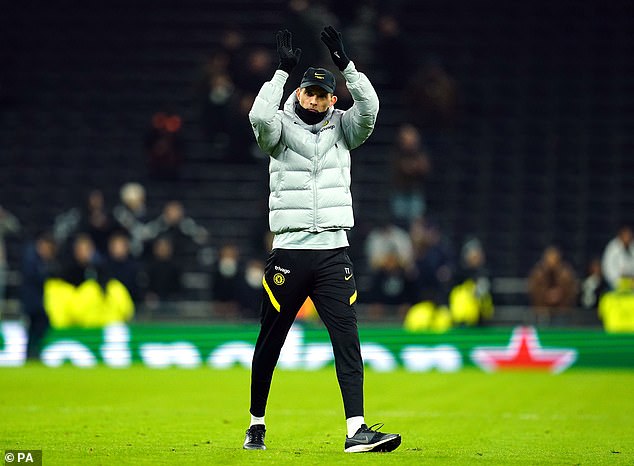 However, Redknapp agreed with Cole that Chelsea must try their utmost to retain the services of Rudiger.

Redknapp: ‘His defending for the Hojbjerg incident was poor, that could have cost his team, but he’s a player they have to keep. I don’t know what the situation is. He’s going to be courted by all the top teams in world football.’

When asked about Rudiger’s future after the game, Tuchel admitted that there is uncertainty but added that Chelsea have a lot to offer the Germany international.

Tuchel said: ‘Everybody knows there’s a lot of ifs, let’s wait what the reality will be. We have things to offer. He is a player in a Chelsea environment and I think he knows it well.’

Rudiger has been at Chelsea since 2017 and has made 177 appearances for the club, winning the Champions League, the FA Cup and the Europa League.

Reports this week indicated that there has been significant progress in talks between Rudiger and Chelsea regarding a new deal.

Lindell: '300-some million people' belong in jail for voter fraud

MARTIN SAMUEL: Social media is a serpent consuming its own tail and it is time to cut it off