Table tennis medal hope Lin Ma had his right arm ripped off in a bear attack when he was just five years old – but the three-time Paralympic gold medallist is more afraid of a different animal now.

Born in China but now a naturalised Australian competing for his adopted country at the Commonwealth Games, he matter-of-factly explained how the gruesome episode unfolded as he prepared to compete in Birmingham.

‘A brown bear in the zoo, I was feeding it,’ he told the Sydney Morning Herald. ‘But I’m more scared of sharks because I like diving.’

He lost the limb in the attack near his home in provincial China in the mid-1990s as he stuck his hand through a gap in the fence housing the deadly animal, resulting in blood loss so severe he was lucky to survive. 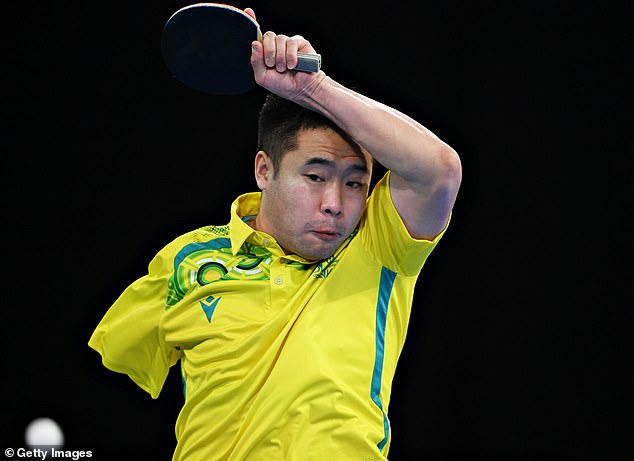 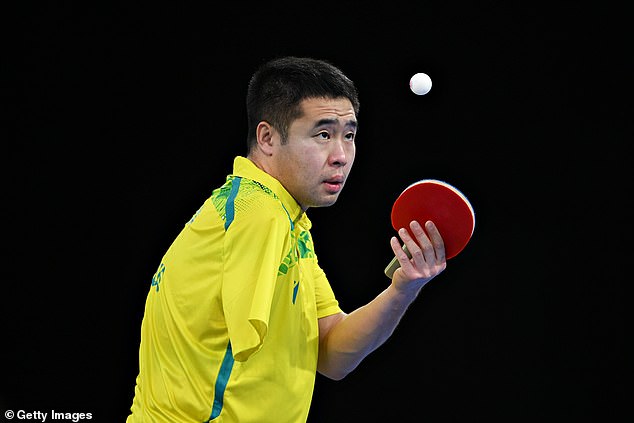 ‘I thought he (the bear) was my friend because I used to go to the zoo every week to feed him,’ he said last year.

‘So I just decided to reach out and pat him, but I guess he was not in a good mood that day.

He was saved thanks partly to a group of tourists who rushed him to hospital in a taxi because he would not have survived the wait for an ambulance.

Lin only had one question for his parents when he woke up after surgery: ‘I just wanted to know if I would still be able to get a girlfriend when I was older.

A little more than a decade later, he was playing table tennis at the world championships after taking up the sport when he saw China win four table tennis gold medals at the 1996 Atlanta Olympics.

He’d previously been training to be a classical pianist. 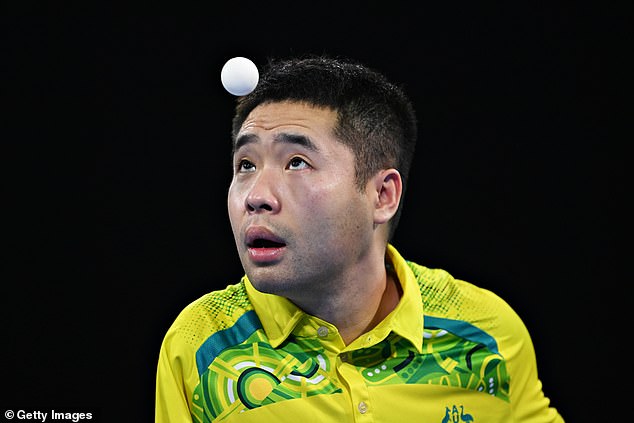 Naturally right-hand dominant, he had a mountain to climb as he learned not just the sport, but how to do everyday tasks with his remaining arm.

Lin moved to Australia in 2016, after winning gold at the Rio Paralympics to go with his victories at the Beijing and London Games.

His change of allegiance was a huge coup for the country’s table tennis program and he represented his adopted country for the first time at Tokyo last year.

‘It’s more relaxing … less pressure. In Australia I can have a better education, a better life,’ he said.

Not to mention more opportunities to go diving – despite the sharks.

Chelsea: Cesar Azpilicueta says row with fan looked worse than it was and has since seen them again

Gloucester 54-7 Sacarens: Gloucester miss out on securing a play-off berth despite win