Shannon Ross, the Aussie mechanic who won a standing ovation from UFC supremo Dana White, entered the octagon with acute appendicitis, it has now been revealed.

The 33-year-old battled on valiantly despite being knocked down twice in a brutal opening round against Vinicius Salvador in Dana White’s Contender Series on Wednesday, before being knocked out in the second round.

Yet Ross’s courageous effort resonated with White, who gave him a standing ovation between rounds druing the gruesome contest. 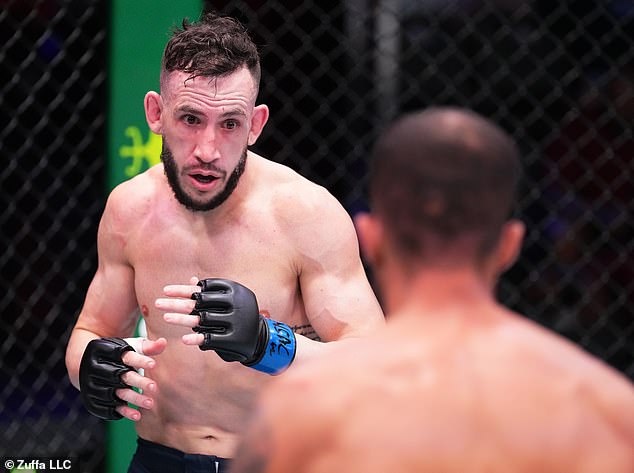 And now the mechanic’s wife, Bec, has revealed that he competed while battling appendicitis, and that they only found out after the conclusion of the fight.

‘He’d had a can of coke after the fight, which he hadn’t had in probably six months so he thought it might have been that – and then he messaged me the next morning saying ‘I think I’ve got food poisoning’,’ she told Wide World of Sports.

However, after being taken to the emergency room, an abdominal CT scan showed that it was a far more serious situation. 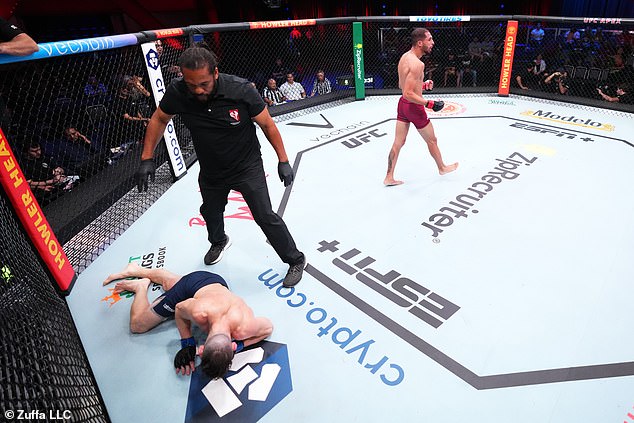 ‘The doctor at the hospital called his manager, and his manager phoned me to say he had acute appendicitis,’ Bec said.

‘The doctor said ‘You guys have got one bad mother f–ker here’.’

White’s Contender Series sees the UFC president hand out contracts to talented fighters looking for their big breakthrough. His decisions aren’t necessarily dictated by results, with the Boston businessman equally impressed by performances. 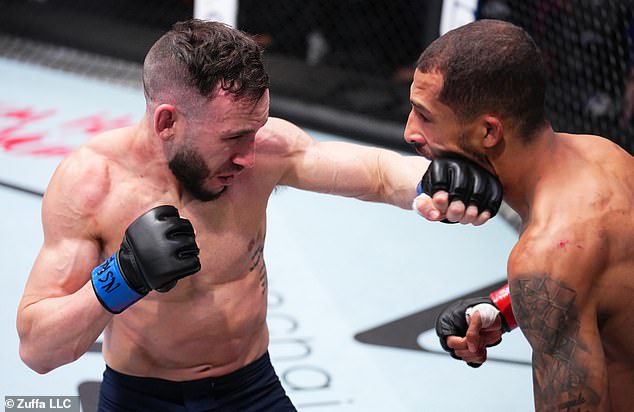 Unfortunately, Ross did not win a deal on the night but fulfilled a long-held ambition of fighting in front of White.

‘I was really thinking Dana was going to give him a contract as well, but there were five amazing fights,’ Bec added.

‘I always said to him – no matter what, your ultimate goal was to fight in front of Dana White, and anything beyond that is an added bonus.’

NIGEL OWENS: England’s victory over France was the best I’ve seen them play since the World Cup

England boss Eddie Jones has shown he’s not too old to change, Australia could use his determination