Aussie NFL star Jordan Mailata has revealed he considers excessive praise a ‘poison’ that can derail his progress and feels he has to continually prove himself, despite a breakout season.

The Philadelphia Eagles left tackle grew up playing rugby league and played for Canterbury’s Under-18s and South Sydney’s Under-20s team before being invited to join the International Player Pathway Program as a way into the NFL.

Despite admitting to have a very limited knowledge of the sport, Mailata took the plunge and was selected by the Eagles in the seventh round of the 2018 NFL Draft. 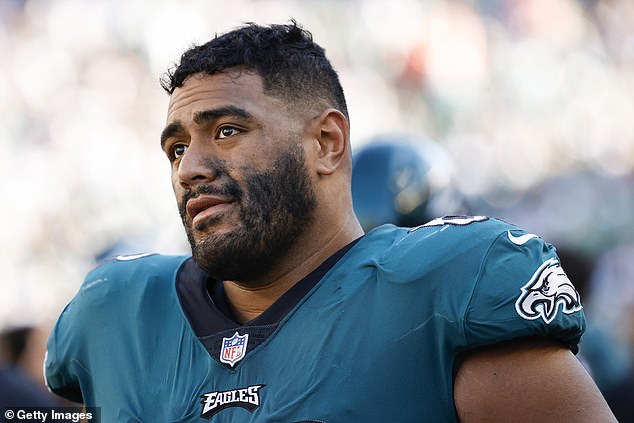 After being hampered by injuries in his first two seasons, the Australian made his debut in 2020 and established himself as a key component of Philadelphia’s offensive line last season.

The Australian, however, is keeping his feet firmly rooted to the ground and insists he takes praise with a large helping of salt.

‘I think it [being praised] is nice, but like [Eagles offensive line coach Jeff Stoutland] said, it’s poison,’ he told Philly Voice.

‘I take it with a grain of salt. 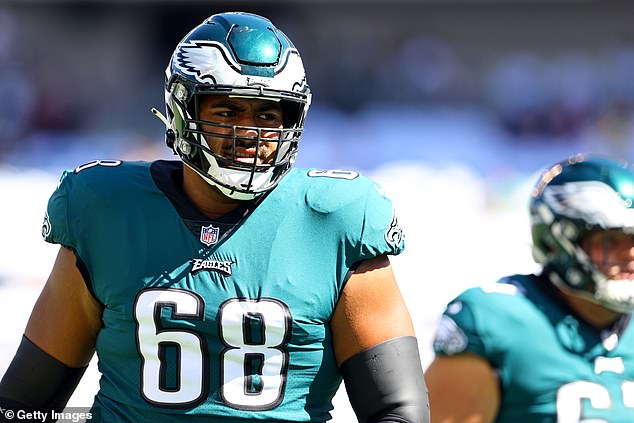 ‘I appreciate the kind remarks, but at the same time, I know that I could’ve been a little bit better. […] I know my strengths and I know my weaknesses, so it’s up to me to hold myself accountable to this team.’

The Eagles returned to the playoffs after a one-year hiatus last season, before making a swift exit as they lost 31-15 in the Wild Card Round against the Tampa Bay Buccaneers, then then-reigning Super Bowl champions.

A trip to the playoffs is firmly in Philadelphia’s sights again in coach Nick Sirianni’s second season in charge, particularly given their NFC East division is in a near-permanent state of flux.

Mailata will again be tasked with protecting quarterback Jalen Hurts, who won the starting job last season in his second year with the Eagles. 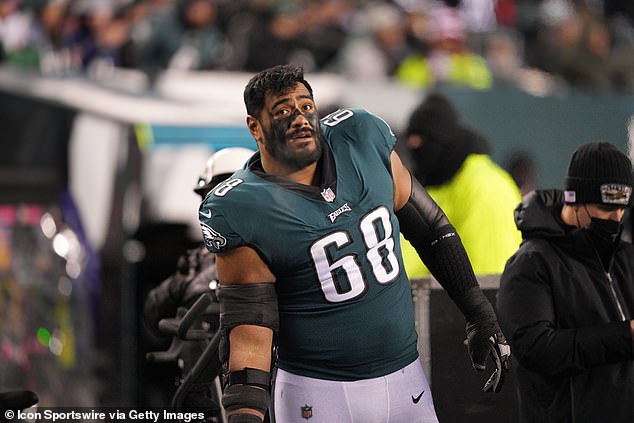 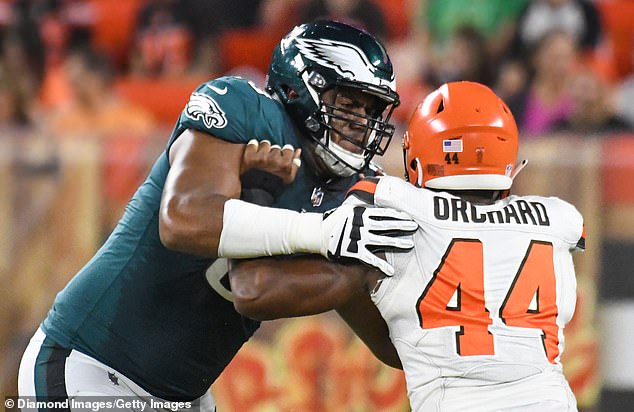 Only five teams allowed fewer sacks – a quarterback being tackled behind the line of scrimmage before he has thrown a pass – than Philadelphia last season and the Australian played a pivotal role as the Eagles offensive line dominated opponent.

And Mailata is approaching the upcoming season with the same mindset.

‘I know being an international player, there’s always going to be that chip on my shoulder,’ he said.

STUART BROAD: Disappointed? Of course. I could have had a positive influence on the Gabba pitch.