Australia picked up another gold medal at the 2022 Commonwealth Games after winning the 4x100m mixed medley on Tuesday evening.

The team managed to win the final at the Sandwell Aquatics Centre despite the ongoing rumblings over the awkward love triangle within the Australian squad. 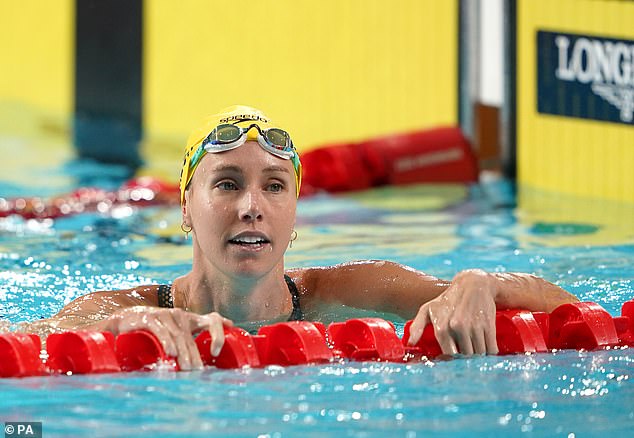 As a result of their success in the 4x100m mixed medley, Australia have now surpassed the 100-medal mark.

Meanwhile, England – who managed to secure bronze during the hard-fought race on Tuesday evening – have reached 78 medals in total.

Earlier in the day, McKeon won a record-equalling 18th Commonwealth Games medal despite being pipped to gold in the women’s 100m freestyle final by fellow Aussie Mollie O’Callaghan.

O’Callaghan was the shock winner of a race that saw a 1-2-3 Aussie finish, with Shayna Jack also finishing ahead of McKeon to win silver.

Nevertheless, McKeon took her tally of swimming medals at a single Commonwealth Games to six – one behind the record – as well as joining South Africa men’s star Chad le Clos on 18 Commonwealth medals.

How war between China and Taiwan could spark a shortage of smartphones, computers and brake sensors

Everton: Jordan Pickford proves it is NONSENSE to say he is too rash – he could keep his side up

Romelu Lukaku reveals he thought he would join one of Real Madrid, Barcelona or Bayern Munich

Liverpool: Didi Hamann brands Thiago Alcantara as ‘one of the most overrated players’ in Europe