The Bronxville, New York native might be extremely happy be to returning to his hometown team but he won’t be lacing up a pair of cleats anytime soon while his foot is in a walking boot.

Bader has been dealing with plantar fasciitis since June and is currently in his first of two weeks wearing a walking boot. 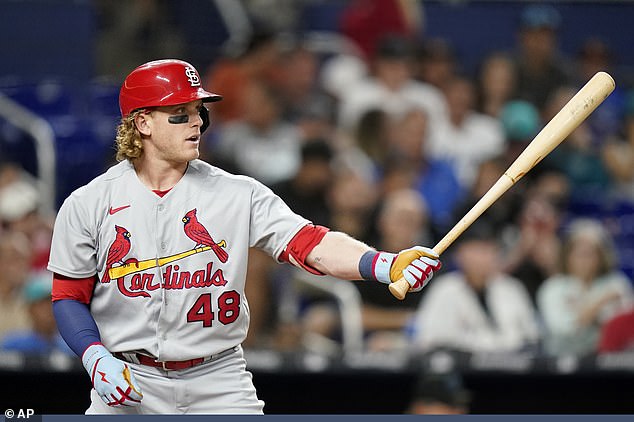 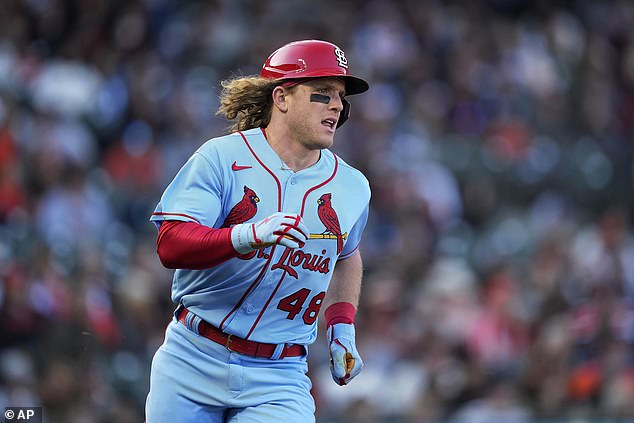 ‘I just couldn’t be more happy to be here,’ he said. ‘It’s been a tough year obviously, having to deal with the boot and everything, not being 100 percent healthy.

‘But this organization does its homework, I can assure you that, and this is perfectly manageable. I’m just focused on getting back and helping this team win.’

According to reports Bader may not be available until at least September, but both he and Yankees General Manager Brian Cashman believe the trade was still a good move. 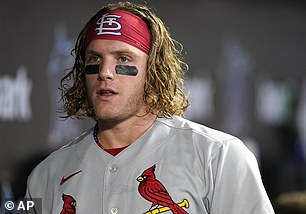 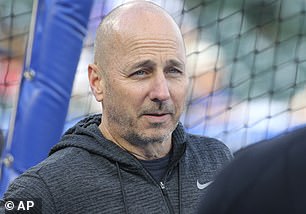 Regardless of his injury Bader and  Yankees GM Brian Cashman believe the trade was still a good move.

‘Harrison Bader is one of the elite centerfield defenders in the game. And so he provides a lot of lanes for us , for our manager, when he’s healthy, and we certainly we did a deep dive into his medicals.’ Cashman explained to reporters

‘And there’s a lot of optimism and belief that sometime September-wise, we’ll be able to unpack that present and deploy him as a choice for a manager.’

Even while playing through injury Bader has hit 256 with a .673 OPS and 15 steals, along with -2 Defensive Runs Saved in center field in through 72 games this season. 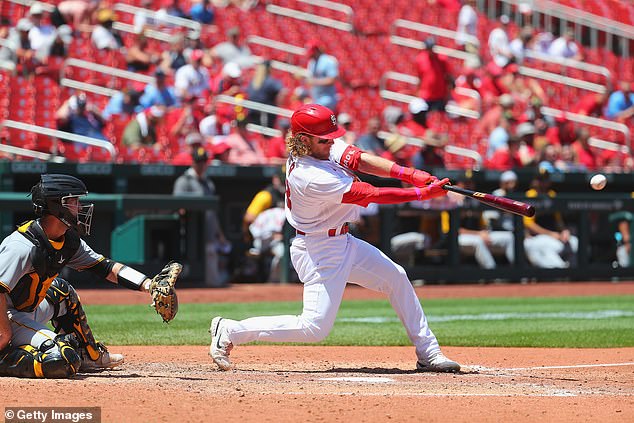 According to Bader doctors have tried ‘tried everything except for nothing,’ which is why he has waited this long to be put in the walking boot.

The Yankees will certainly miss the impact Montgomery had in the rotation but they are still in good shape while they optimistically await the site of Bader snagging fly balls in the outfield.

New York currently sits first place in the American League East with the best record in the AL at 70-36.

‘I’m very confident I’ll be back this year,’ Bader said.

Chelsea: Nick Candy does not want to team up with Tottenham fan Jonathan Goldstein to buy club