Barcelona star Ronald Araujo is taken to hospital after SICKENING clash of heads with team-mate Gavi in their game with Celta Vigo, which saw the defender suddenly collapse shortly after the collision

Barcelona’s LaLiga game with Celta Vigo had to be suspended on Tuesday after defender Ronald Araujo was taken to hospital by ambulance following a nasty clash of heads with Gavi.

The Catalan giants were leading 3-1 at the time when the club’s Uruguayan centre-back suffered a sickening clash of heads with his team-mate in the 62nd minute.

Araujo initially stayed on his feet, tracking back to defend before he suddenly dropped to the floor in a worrying incident for the player.

An ambulance was then required on the Nou Camp pitch to take the 23-year-old to a nearby hospital.

Reports in Spain confirmed shortly after the game that Araujo is now conscious with Barcelona confirming that he suffered a concussion and was taken to hospital to carry out addition tests. 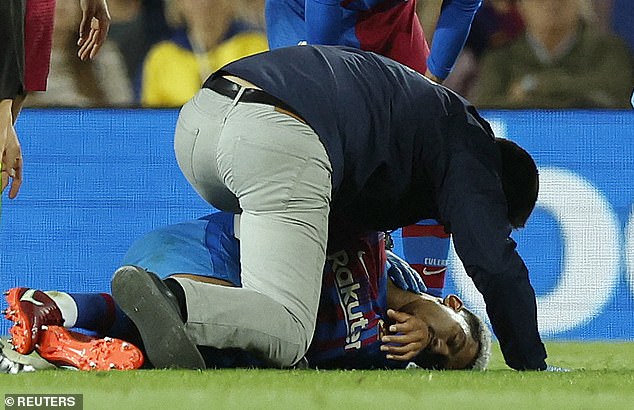 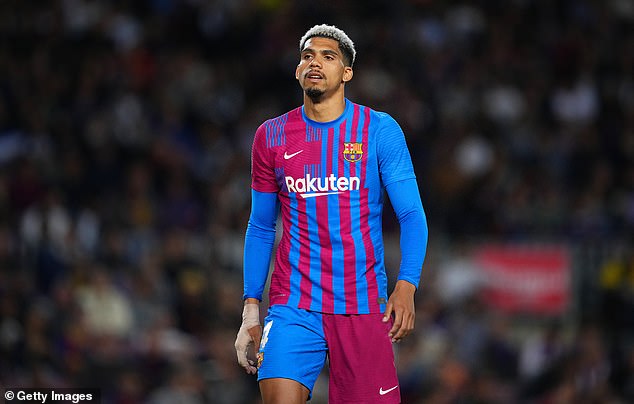 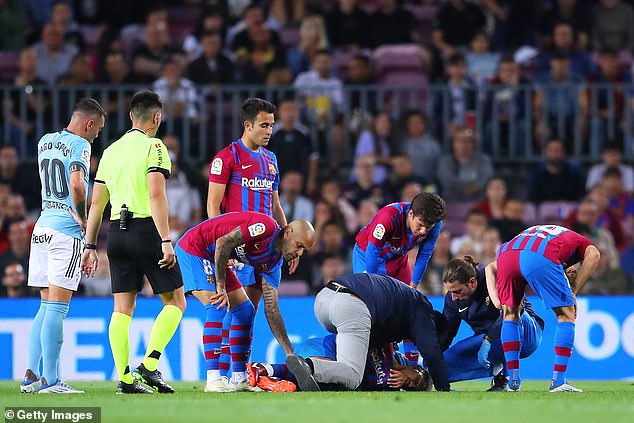 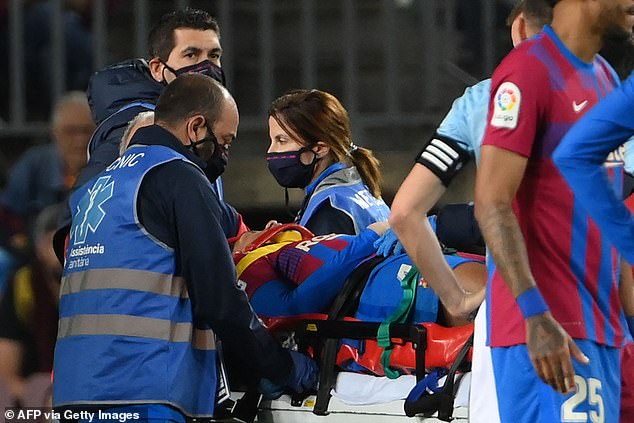 Barcelona went on to win the game 3-1, putting Xavi Hernandez’s side on course to secure a spot in the lucrative Spanish Super Cup in Saudi Arabia with a second-place finish in LaLiga.

They are seven points clear of third-placed Sevilla, who have one game in hand and will host relegation-threatened Mallorca on Wednesday. 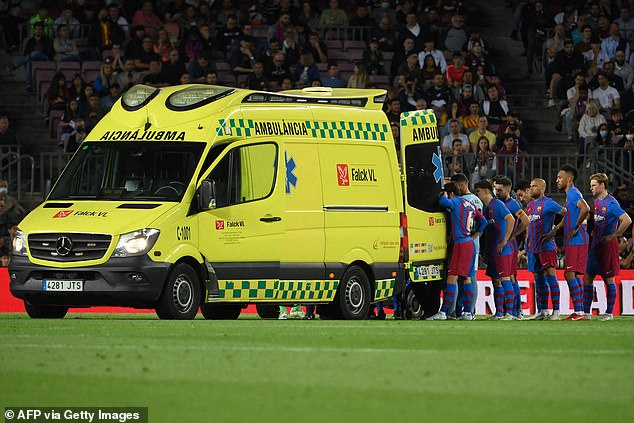 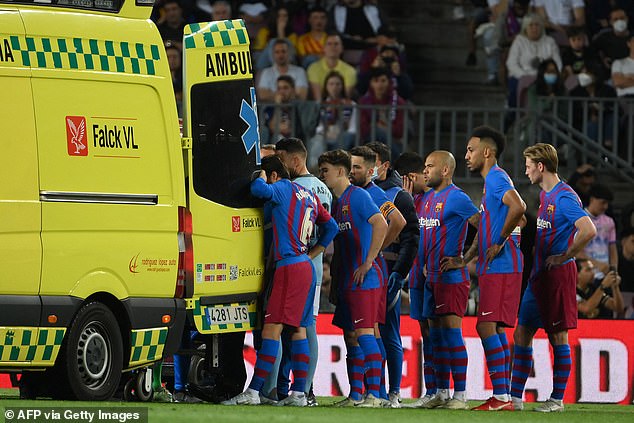 Memphis Depay opened the scoring in the 30th minute with a first-touch strike following a brilliant individual effort by Ousmane Dembele in the right wing.

Aubameyang extended Barca’s lead 10 minutes later with a close-range strike from a rebound and scored again four minutes after the break, following another fine play by Dembele.

Iago Aspas scored Celta’s consolation goal one minute later, after Marc-Andre ter Stegen mishandled a pass inside his own box and gifted the ball to his rival, who had an empty net at his disposal.