Dina Asher-Smith has finally launched her season but will evidently need some time to find her stride after finishing an underwhelming third in the 200m at the Doha Diamond League.

Britain’s most prominent sprinter clocked a modest 22.37sec in the city where she won her world title at the distance in 2019, finishing behind American Gabrielle Thomas (21.98sec) and Jamaica’s Shericka Jackson (22.07sec).

Asher-Smith, who had previously only contested a pair of low-key 300m and 400m races in Britain this season, said: ‘It was okay. I feel like I was in a bit better shape than that time to open with. 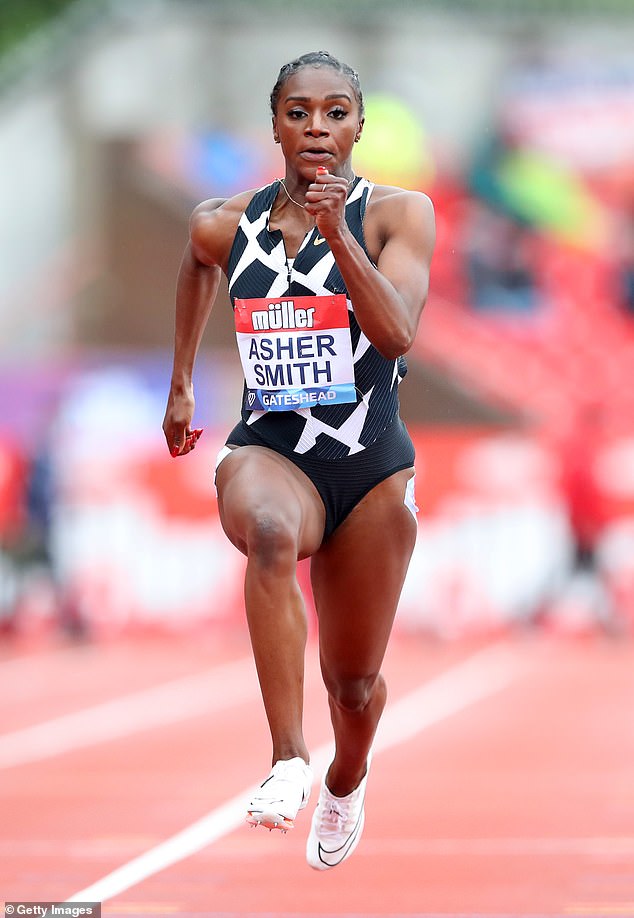 ‘So, I’m a little bit disappointed but at the same time, it is the first race, got to get a few more under my belt. So I am excited to have started 2022.

Looking ahead to the season, in which she will defend her world title as well as compete in the Commonwealth Games and European Championships, Asher-Smith added: ‘I want to win the world championship obviously – so does everybody else.

‘Next is Birmingham (Diamond League, next weekend) which will be great fun, and then Eugene Diamond League the week after. I want to run fast at the world championships, I want to do well. I am excited for them, it will be really good.’

New coaches, exciting rookies and dysfunctional teams as the Falcons play the Jets in London