BRUM BITES: Chris Murray wins a record-breaking weightlifting gold for England with his eyes closed… while England’s hockey men come from 4-1 down to draw with India and remain unbeaten in Pool B

The day of the Commonwealth games has come to a close and there’s plenty to unpack.

Day four saw Chris Murray win weightlifting gold for England, with Sophie Capewell claim keirin silver.  But it was just one of many stories from another action-packed day.

Sportsmail‘s David Coverdale looks at some of the biggest talking points surrounding the event. 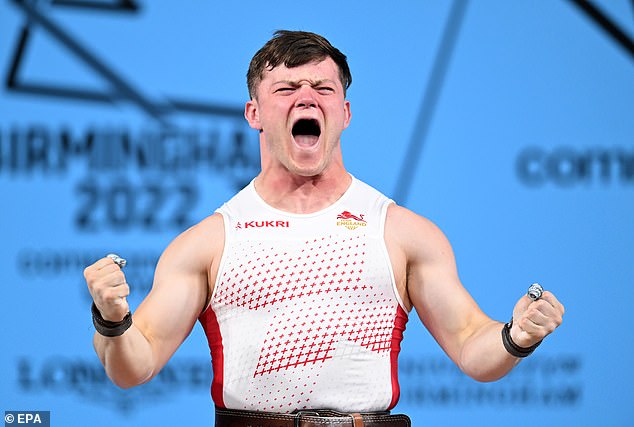 Golden Murray gets a bit of shut eye!

Chris Murray won a dramatic weightlifting gold for England — with his eyes closed. The 23-year-old broke the Games record in the men’s 81kg final.

But he did not watch his winning moment, when Canadian rival Nicolas Vachon dropped the bar.

‘I had a towel over my head, the earphones in and a bit of a cry,’ he said.

The England rider, 23, was especially emotional after hearing England anthem Jerusalem played out for Laura Kenny. 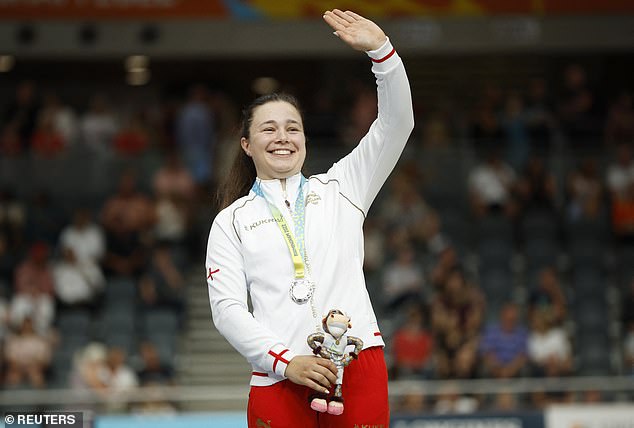 ‘I have been crying because that was played at my dad’s funeral,’ said Capewell, who also claimed a bronze on Sunday. ‘This medal is for him.’

Nick Brett said he had ticked one off his bucket list after winning gold with Louis Ridout and Jamie Chestney in the lawn bowls triples.

England beat Australia 14-12 in the final. 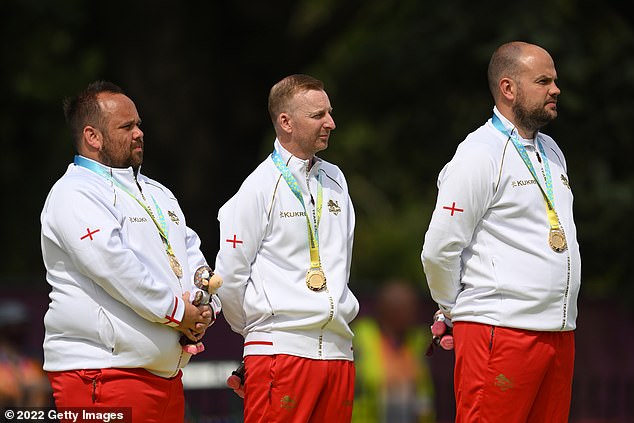 ‘We’ve all got a bucket list and a gold medal in a home Commonwealth Games is definitely on it,’ said Brett.

Life’s a beach for talented twins

Twins Javier and Joaquin Bello are in contention to claim England’s first beach volleyball medal after reaching the quarter-finals of the men’s doubles.

The brothers were born in Madrid, but moved to London when they were just 11-years-old.

They secured their place in Friday’s last eight with a second consecutive group victory against Cyprus.

England’s hockey men staged a dramatic comeback to draw 4-4 with India and stay unbeaten in Pool B.

The home side trailed 4-1 but Nicholas Bandurak scored twice in the tie. They will reach the semi-finals if they avoid defeat against Canada on Thursday.

‘The character to come back and do what we did was special,’ said goalkeeper Ollie Payne. 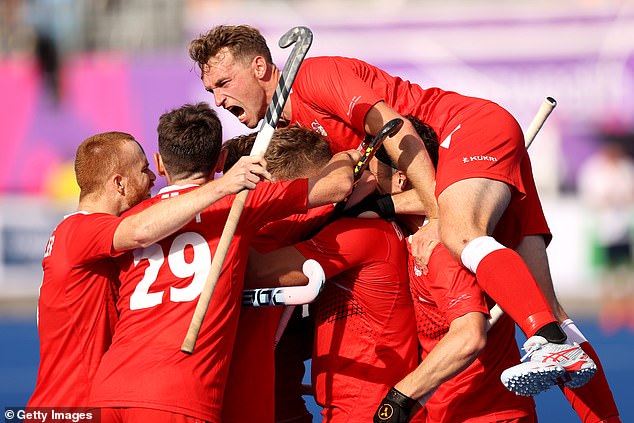