Last month, Barcelona set a world record for a crowd at a women’s club football match when more than 91,000 people packed into the Nou Camp to see their Champions League semi-final against Wolfsburg. A week later, Katie Taylor and Amanda Serrano became the first female boxers to top the bill at Madison Square Garden in New York.

The landmarks keep coming in women’s sport and even though BBC presenter Eilidh Barbour’s walkout at the Scottish Football Writers’ Association dinner last week was an uncomfortable but necessary reminder that some entrenched misogynistic attitudes in the game die hard, there is also evidence that the sport is attracting a burgeoning new audience.

The next instalment of that evidence will come at Wembley on Sunday when Manchester City and Chelsea compete in the women’s half of an eagerly awaited FA Cup final weekend. The game is live on BBC1 and there are hopes that it will attract a record crowd for a women’s club game in this country, surpassing the 53,000 who watched Dick, Kerr Ladies v St Helens Ladies at Goodison Park in 1920. 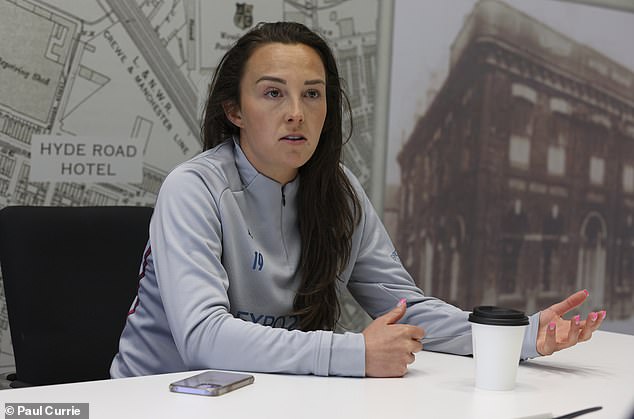 Newly crowned repeat Women’s Super League winners Chelsea will be the favourites but City, whose investment in their women’s team set new standards for facilities in this country, finished the season strongly and overtook Manchester United to finish third. It closed a run of five seasons where they ended as runners-up.

If they are to stage an upset, there is a good chance that their Scotland midfielder Caroline Weir will be at the heart of it. A social media phenomenon because of the outstanding goals she keeps scoring and a player who has been linked with a summer move to Real Madrid, Weir is the personification of how the profile of elite women’s footballers is changing and growing all the time.

‘Social media rules the world,’ she says. ‘If you can clip a 10-second video and put it on Twitter or Instagram, that is what people are going to watch.’ 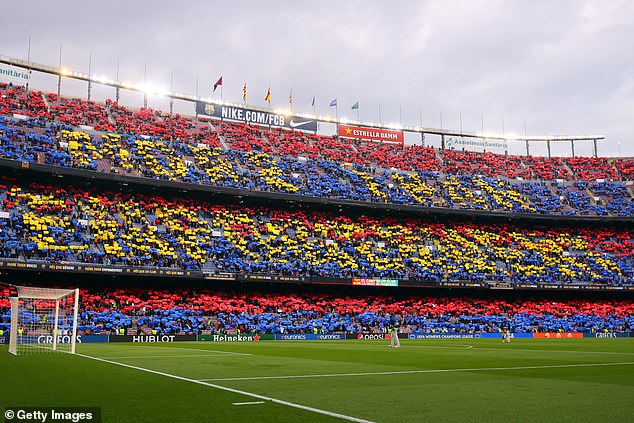 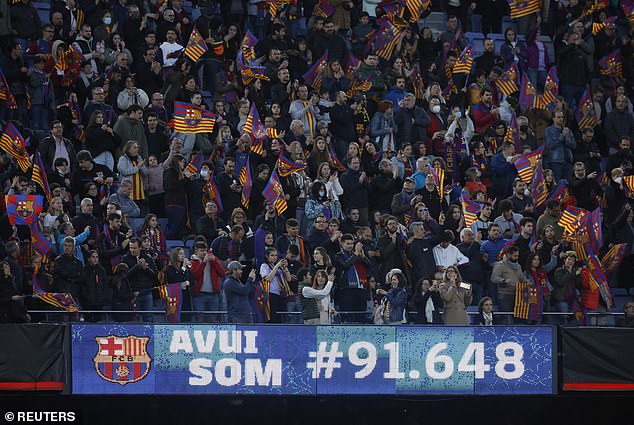 There were nine minutes left of this season’s final Manchester derby in February when Weir stole the ball in midfield and jagged right to left to the edge of the United area. There were more than 5,000 people inside the City Academy stadium that day and most of us had a reasonable idea of what might be coming next.

Weir, who has the best left foot in the women’s game, has developed a habit of scoring spectacular goals on big occasions, which is one of the reasons many will be backing her to make an impact on Sunday.

Three years ago, she scored a thunderbolt against United at the Etihad Stadium in front of more than 31,000 fans, a rising drive that earned her a nomination for FIFA’s Puskas Award for the ‘most aesthetically significant’ goal of the year. She was beaten to it that year by Son Heung-min’s solo goal for Tottenham against Burnley.

Two years ago, she scored another stunning goal against United at the Academy Stadium. She set the strike up with a drag-back turn that bamboozled her marker, took another touch and chipped the ball delicately over the United goalkeeper. Erik Lamela won the award that year for his Rabona goal for Spurs against Arsenal.

So in February’s derby, after she had come on as a second-half substitute, much was expected of her. She did not disappoint. She took the ball to the edge of the area, looked up and lifted another beautiful chip over the United keeper. It was almost a copy of the previous year’s goal and won the game for City. There is already talk it will earn Weir her third straight Puskas Award nomination.

Weir, 26, smiles at the thought of that. It is a small consolation for the fact that Scotland have missed out on the Women’s Euros in England this summer, a tournament that is sure to give the game here another fillip. It may still be a huge summer for her, though: there is speculation that she is being courted by Madrid and may pursue her ambitions in Spain.

‘The game has come a long way,’ says Weir, ‘and I feel really fortunate to be in the position I am in and that we play professionally. But I do think there is still a need for perceptions to change on a wider scale. Women’s sport is a reflection of society as a whole. We are a way behind in terms of getting respect more widespread. 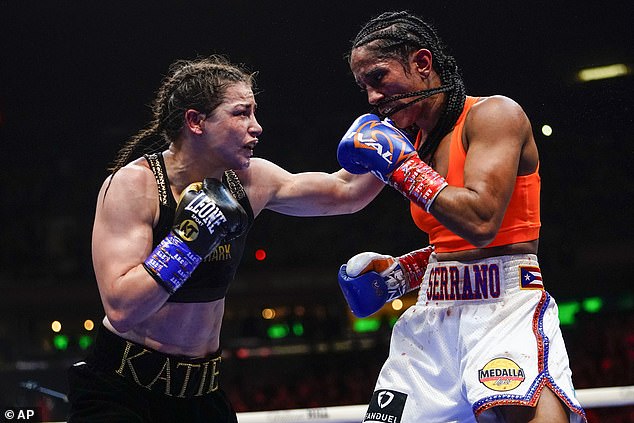 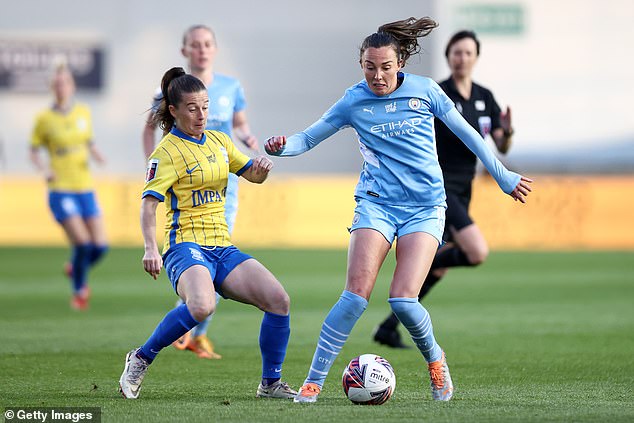 However, Weir says that Women’s football is still way behind in getting the respect we deserve

‘There is quite a bit of work still to be done. One of the big things that has helped this season is the TV deal in the WSL. I have felt the change that that accessibility has brought. That is quite a sudden change that I have not necessarily felt in other seasons. Women’s football is starting to become more mainstream. If people know you play football for Manchester City, they are interested. It’s quite a shallow thing but on social media, we all have big followings now. We are seen in a slightly different way.

‘The balance of power seems to have shifted a bit towards the players in the women’s game. I have felt like that, in terms of feeling comfortable to ask for things, not just settling for what we are given, not so much here at City, but with the national team. I think that’s a shift in women across the board being comfortable pushing boundaries.

‘In the national team, there is a feeling that as female athletes we are striving to make things better and we are comfortable to ask for those things instead of just being quiet.’

Weir’s journey is a familiar one for her generation, who stand on the shoulders of the pioneers who spent much of their club careers changing in car parks, wearing hand-me-down kits from the men’s team, paying their own expenses and accepting that life as a professional was a dream that could only materialise late in their careers. 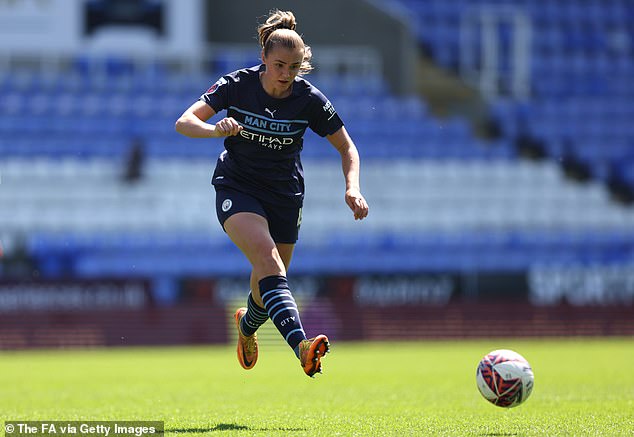 Weir grew up in Dunfermline, a football-mad daughter of a football-mad father from a family of Dunfermline Athletic fans. ‘It wasn’t men’s football versus women’s football because there were no women playing football, in my eyes anyway, when I was growing up,’ says Weir. ‘My dad was a big Dunfermline fan so we all had season tickets. Well, four of us did. My mum and one of my sisters were not into football so they went shopping.

‘On Boxing Day, we would play a big match with all our friends from primary school. There were no girls. Just me. It was just normal. In our little circle of family and friends, I was the girl who played football. Occasionally, at school tournaments, parents from other teams would complain and say I shouldn’t be playing because I was a girl. I grew up trying to prove people wrong from quite a young age. It’s in my sub-conscious.’

Weir knows Spain will be favourites for the Euros this summer but thinks Sweden or Germany are more likely winners. She will not be there but that does not mean she will be taking a step back. ‘I want to win a league title,’ she says. ‘Silverware. I want to challenge myself in different environments at some point. Not standing still is the biggest thing for me.’