Warriors playmaker Chanel Harris-Tavita revealed playing with a ruptured testicle was the worst pain he’s ever experienced and that the injury was so agonising he couldn’t even talk.

The 23-year-old suffered the injury on Anzac Day, when the Warriors suffered a record 70-10 thrashing against Melbourne Storm – the largest defeat in their history.

Traumatising as the loss was, it paled in comparison to the pain Harris-Tavita experienced after teammate Josh Curran accidentally slammed his knee into his groin region five minutes before halftime. 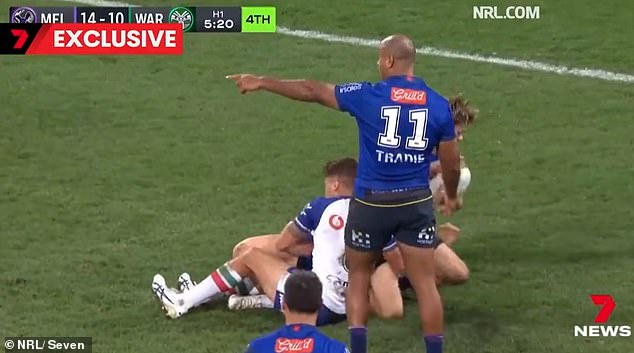 The 23-year-old said he knew something wasn’t right when the pain refused to go away during the break, but he somehow soldiered on and played the entire second half too.

‘Usually when you get hit it lasts for about two minutes and then the pain starts going away,’ he told the Courier Mail.

‘But that pain that you feel initially after the whack, that sort of stayed for the whole game. 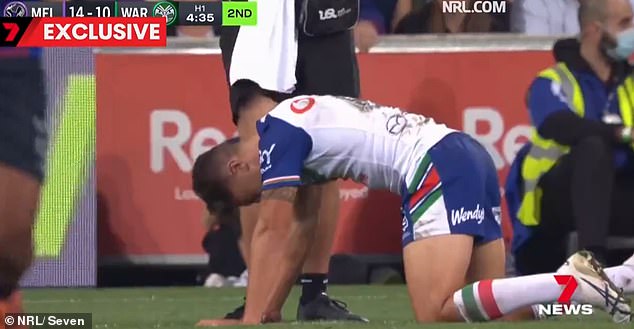 The Warriors playmaker said he immediately felt something was seriously wrong 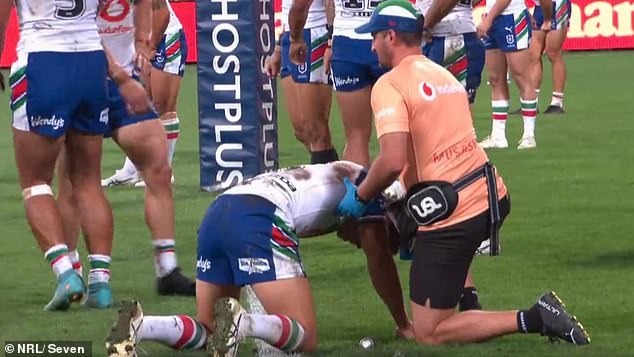 The injury, however, was so painful that Harris-Tavita couldn’t even utter a word throughout the second 40 minutes.

‘I‘m lucky I had teammates around me that were talking to me because I couldn’t really talk.

‘All I could really think about was my injury but I just wanted to push through. 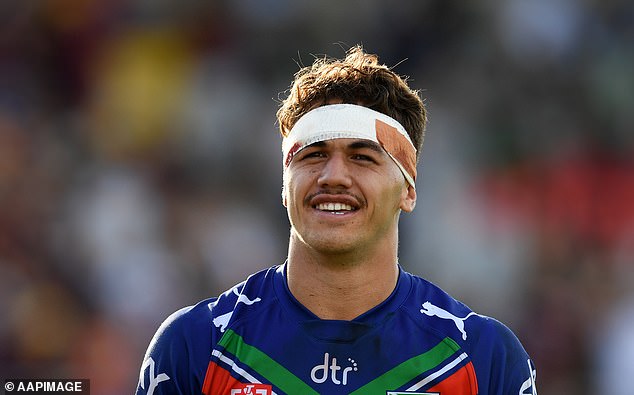 The Warriors halfback has undergone surgery to address the issue and the pain and swelling have since subdued, while he’s returned to training wearing protection to his groin area.

The guard – similar to those used by batsmen in cricket, may slightly impair his movement but Harris-Tavita is happy to trade discomfort for safety.

‘If it feels comfortable then I think it‘s likely that I’ll possibly play the first couple of games back with it,’ he said.

‘I‘d much rather feel a bit of discomfort running around than extreme discomfort if someone was to accidentally kick the ball or hit me in the same spot.’