Chelsea ‘will rival Real Madrid and Barcelona for Brazilian wonderkid Endrick’, as Europe’s giants chase the 16-year-old Palmeiras sensation who has been tipped as superstar of the future

Chelsea are reported to have joined the race to sign 16-year-old Brazilian wonderkid Endrick from Palmeiras.

The west London club, looking to rebuild under manager Thomas Tuchel with the funds provided by new owners led by Todd Boehly, are said to be keen on rivalling Real Madrid and Barcelona for the youngster.

According to Brazilian journalist Jorge Nicola, via Spanish publication Diario AS, Chelsea’s proposal was well received by the player and his family. 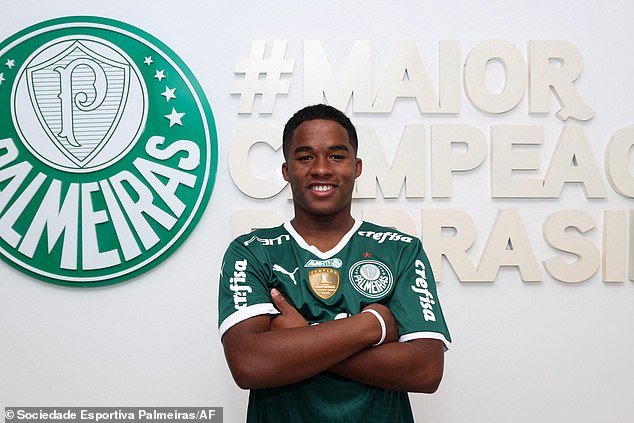 Endrick is yet to make his Copa Libertadores berth for Palmeiras but is already said to be eyeing up a move to Europe.

Were Chelsea to beat off competition from the likes of Real Madrid and Barcelona, they would have to loan him out until he turned 18 owing to Brexit regulations.

Real Madrid and Barcelona, in particular, have made it clear in recent years that they do not enjoy missing out on the next big talent’s to emerge out of South America.

When Barcelona signed Neymar, Real Madrid sought to rival them and their signing of Vinicius Junior, who scored the winner in this year’s Champions League final, was brought in as a reaction to that signing. 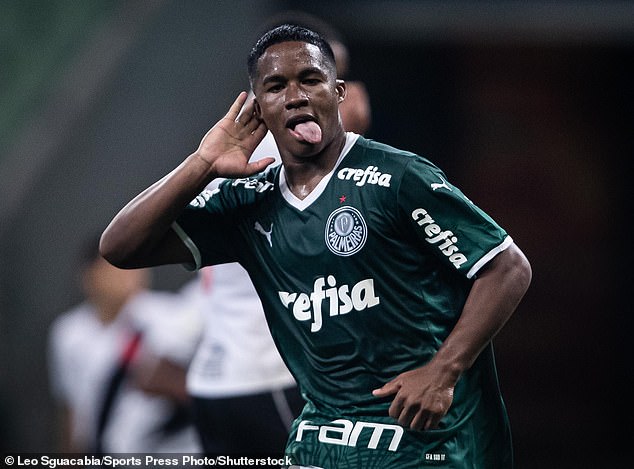 Both clubs were said to have been disappointed on missing out on Arsenal’s centre forward Gabriel Jesus when he initially moved to Manchester City from Palmeiras.

The chasing of Endrick is seemingly yet another signifier of top European clubs’ race to the bottom in search of the next best talent off the South American continent.

Endrick is said to have been bestowed with the nickname the ‘wonder boy of Palmeiras’ due to his extraordinary goalscoring feats in the various youth teams he has played for.

Were Endrick to join Chelsea he would be the next in an interesting line of Brazilians to have deputised for the club. The current squad possesses Thiago Silva and Kennedy, but previous notable players from the country include Alex, Ramires David Luiz, Oscar and Willian, among others.

Lena Dunham, 36, questions what motherhood will look like for her - after undergoing a hysterectomy

Boxing: Tyson Fury ‘adamant’ he will fight in February or March amid Dillian Whyte legal challenge