Aussie sprinter Rohan Browning has been left shattered after finishing sixth in a 100m final he described as ‘ugly and painful’ at the Commonwealth Games in Birmingham – before giving NRL players a lighthearted insult.

Browning, who was the first Australian man to make a 100m final at the Games in 12 years, clocked 10.20 – slower than his previous times in Birmingham.

The Sydneysider was not pleased with the end result, and even managed to sneak in a drive-by at the robotic nature of footy players’ interviews in his post-race chat. 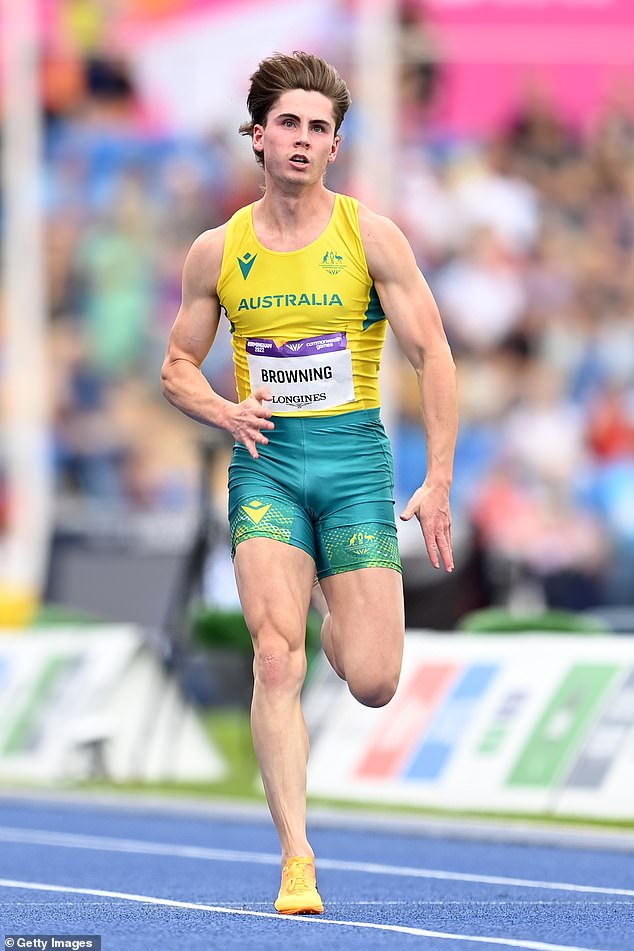 After coming sixth, Browning (pictured competing in Birmingham) had a lighthearted dig at how robotic some NRL players are in their post-match interviews 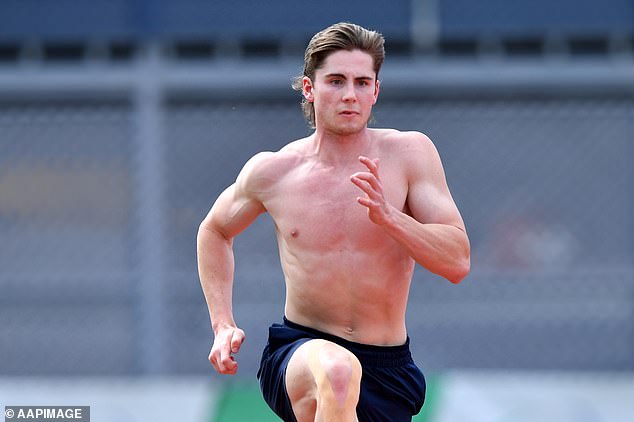 Browning, pictured training ahead of the Tokyo Olympics last year, was disappointed with his result in the 100m final

‘I’m not happy with it; just an ugly, painful kind of race,’ said Browning.

‘It’s one of those tough nights, it’s cold out here and – at the risk of sounding like an NRL player – full credit to the guys who got on the podium.’

After bombing out in the opening round at the world championships in Eugene, the Sydneysider seriously considered pulling the pin on his Commonwealth campaign.

Instead, he hung tough and regrouped – becoming the first Australian man since Aaron Rouge-Serret at the 2018 Delhi Commonwealth Games to contest the 100m final. 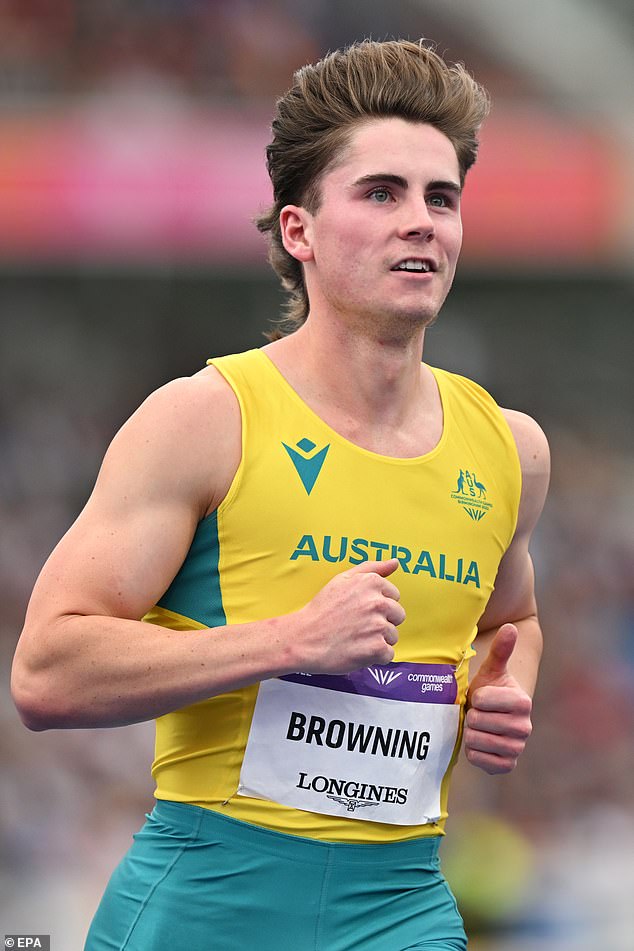 Browning made a solid start to Wednesday’s title race, but was unable to respond when the big guns made their moves.

Browning set his PB of 10.01 at last year’s Tokyo Olympics, where he announced himself to the world.

While the Sydneysider was clearly gutted with the way the final turned out, he could also reflect on the giant strides he had made in the past fortnight just to make it to the gold-medal race. 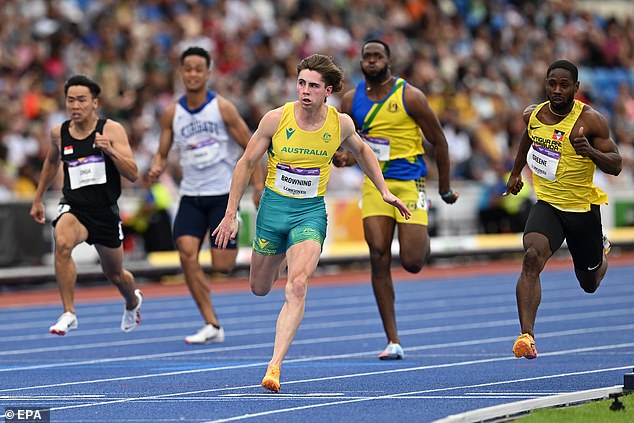 ‘I’m heading in the right direction. A month ago I didn’t see myself in this final,’ said Browning.

‘I thought about packing it in after worlds and just getting back home and into some training for next year but I am glad I decided to persist.

‘I think one of the lessons I have learned is persistence is so much more important than patience. You have just got to keep trying things and keep at it.’ 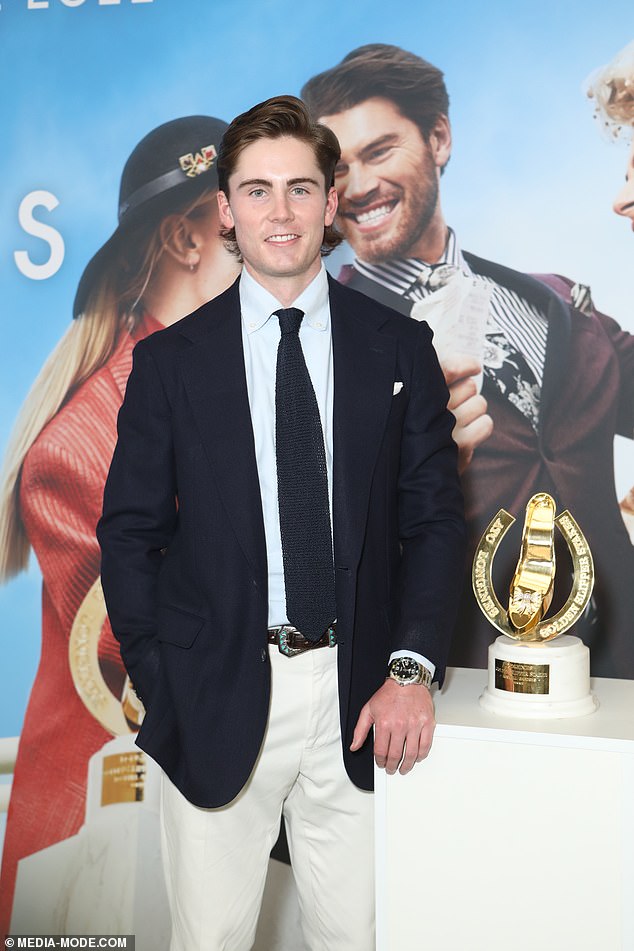 Former Aussie running great-turned-commentator Tamsyn Manou was proud of the development and passion Browning showed at the Games.

‘He wasn’t far off,’ she said on Channel 7’s broadcast of the race.

‘He looks bitterly disappointed, but I’m OK with that because that means he wanted more.’

The only Australian man to win the Commonwealth 100m title was John Treloar in 1950, while the most recent medal was a bronze to Mike Cleary in 1962.

Everton in trouble, blip for Leeds, Newcastle bounce back – what happens IF THEY GO DOWN

Liverpool confirm signing of Calvin Ramsay after agreeing £6.5m deal with Aberdeen for the teenager