Forget try of the year – is this the greatest assist EVER? Cowboys star Murray Taulagi throws one of the greatest passes you’ll ever see against Tigers

North Queensland put down a contender for try of the year against Wests, courtesy of a dazzling bit of skills from Murray Taulagi.

In the final game of Magic Round, the Cowboys winger delivered an outrageous offload that seemed to defy reality to set up Scott Drinkwater’s try less than 10 minutes into the first half.

Taulagi charged down the left wing towards the Tigers try-line, only to be steered into touch by three defenders. 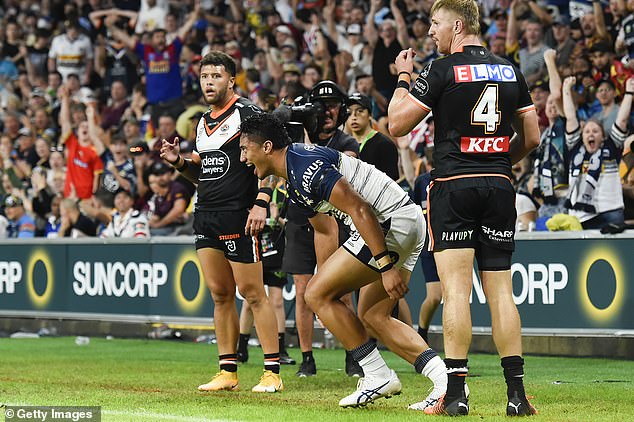 The 23-year-old dived as though to score in the corner but kept hold of the ball as he crossed the whitewash and was wrapped by Wests halfback Jackson Hastings.

Just as momentum appeared to be taking both players out of the field and with his right arm already over the sideline, the still airborne Taulagi twisted his torso to offload the ball in the path of the incoming Drinkwater who scored.

The stunning effort was reminiscent of the try Mark Gasnier scored for the Kangaroos against New Zealand in 2008 at the Sydney Cricket Ground, following an astounding bit of play from Greg Inglis. 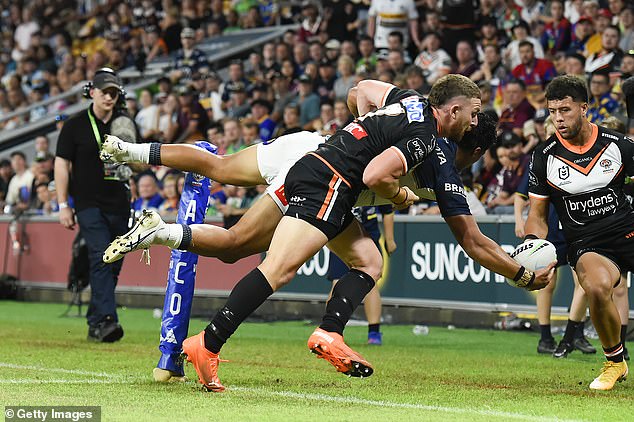 The Cowboys winger was mid-flight, when he twisted his torso to offload the ball 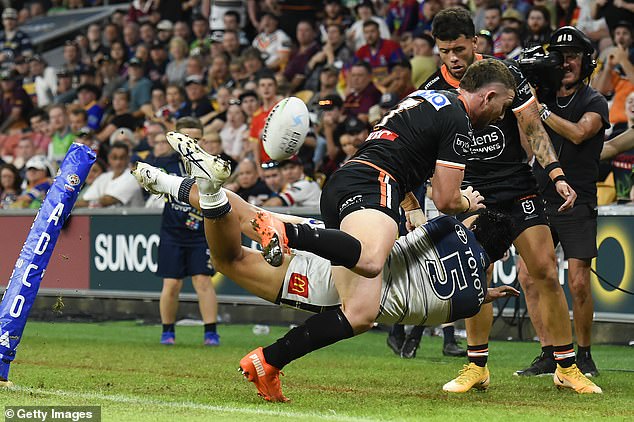 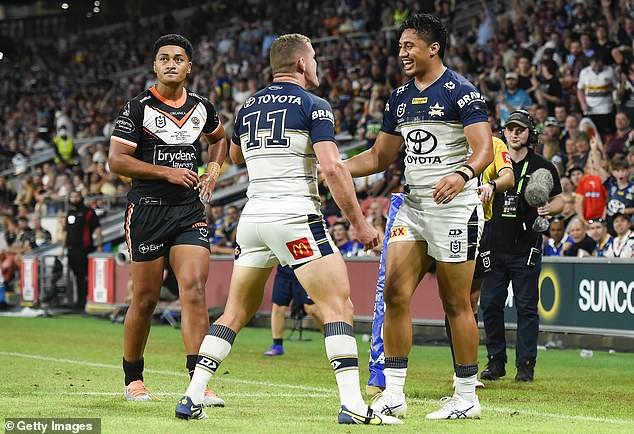 With the first half barely six minutes old, the Queensland great chased a Jonathan Thurston grubber kick and as momentum looked to carry him out of the in-goal area he took flight, before acrobatically flick the ball back and over his head to Gasnier.

‘The weird thing was I was kind of ready for it when GI had a crack at the football and threw it back,’ Gasnier told the Daily Telegraph in 2017.

‘I played with GI outside of me a couple of times at Test level and you knew to expect the unexpected.’

Taulagi then grabbed a try for himself after 18 minutes, shortly after Jason Tupou had crossed for the Tigers’ first score of the game.