EXCLUSIVE: England cyclist Matt Walls pictured bloodied but smiling in hospital as he admits he’s ‘pretty banged up’ after horror crash catapulted him over the barrier and into the crowd

This is the first picture of bloodied England rider Matt Walls after he amazingly avoided serious injury following his horror crash on Sunday.

The Olympic champion, 24, and his bike went flying over the barriers and into the crowd during scratch race qualifying, but he was discharged from hospital that night with only stitches to his cut forehead.

Walls’ parents were not inside the London velodrome at the time of the incident, with his mother Lorraine still at her hotel and his father Larry watching back home near Oldham. 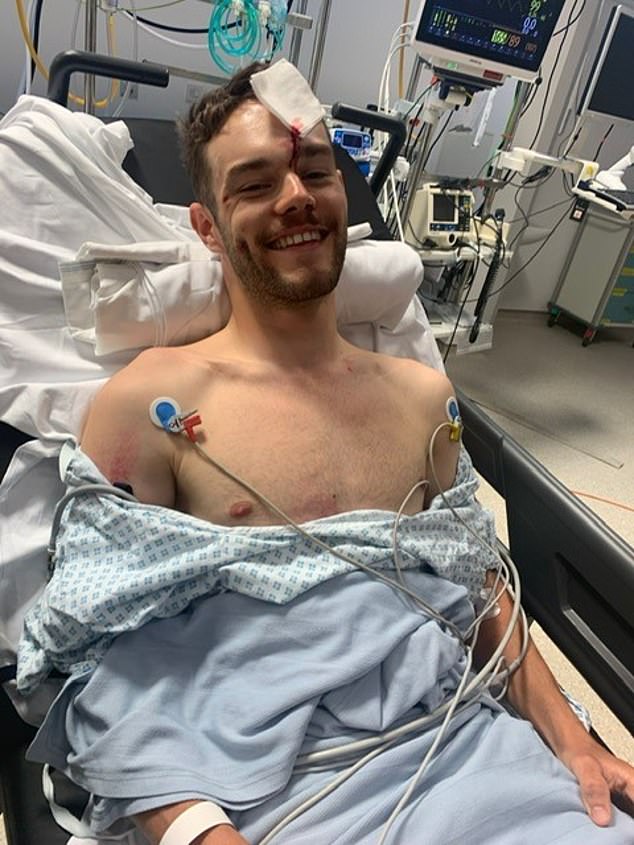 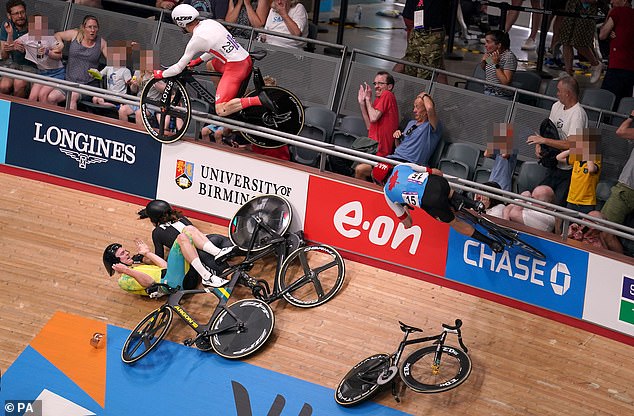 ‘I was watching the Games live on TV and Lorraine ran from hotel to velodrome after hearing about the crash,’ Larry told Sportsmail.

‘It was a horrible time but after 45 minutes, we heard Matt was conscious and Lorraine arrived at the velodrome and we could all relax.

‘Lorraine and Matt’s girlfriend Fleur visited him in hospital and he was in good form and got checked out in the evening back to the hotel.’

Walls – whose sister Rachael gave birth her to her second child Emily on Friday – tweeted on Sunday: ‘I’ve somehow come away with no serious injuries, just a few stitches and pretty banged up 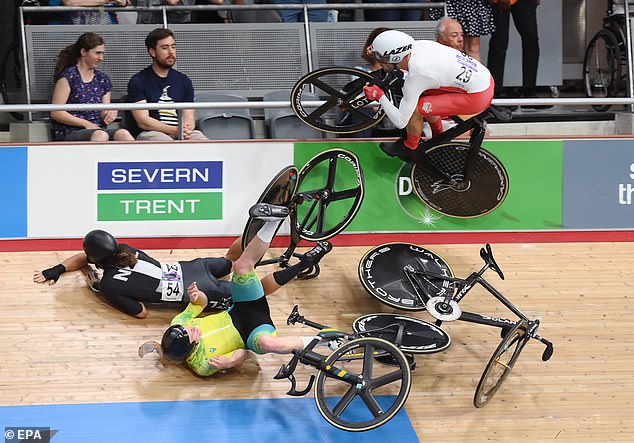 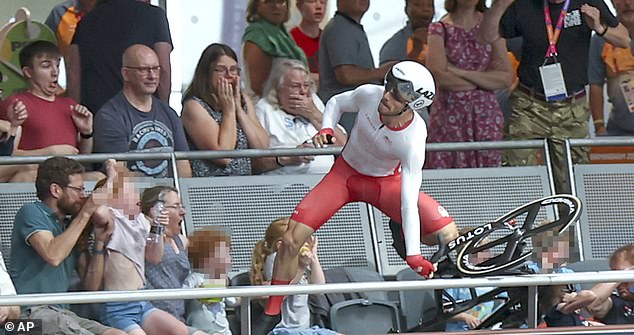