Dan Evans unleashed a furious tirade in which he accused officials of being ‘scared’ and a ‘f***ing embarrassment’ to the sport as he lost a three-hour semi-final epic at the Sydney Classic.

British No 2 Evans lost control of his emotions early in the third set when he questioned the amount of time Aslan Karatsev was allowed to take for a bathroom break.

New rules on the ATP Tour allow three minutes for a toilet break and a further two minutes for a change of clothes, which Karatsev chose to take up after being pegged back in a thrilling second set tie-break.

Evans, who lost 3-6, 7-6, 6-4, was furious and vented his fury towards the chair umpire and court supervisor at what he felt was malpractice. 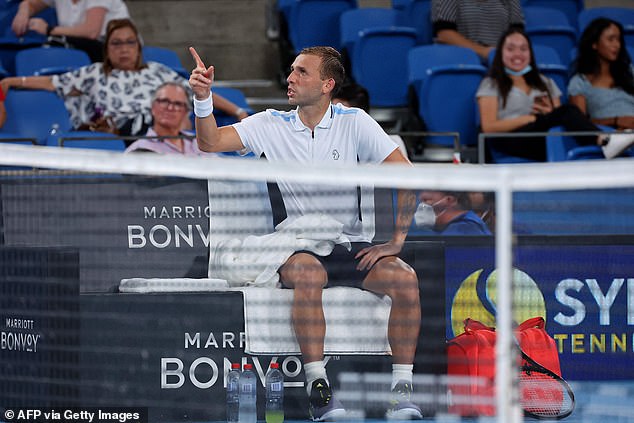 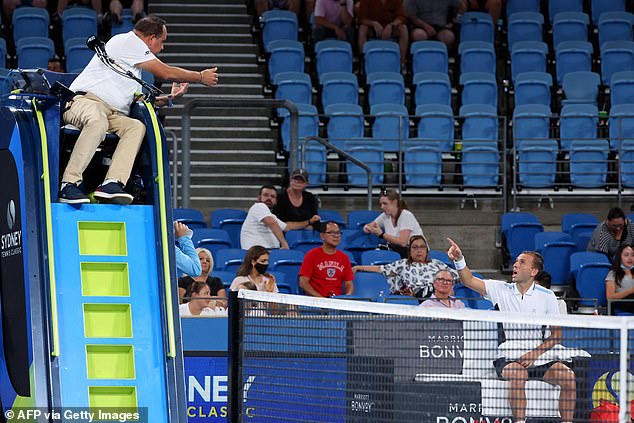 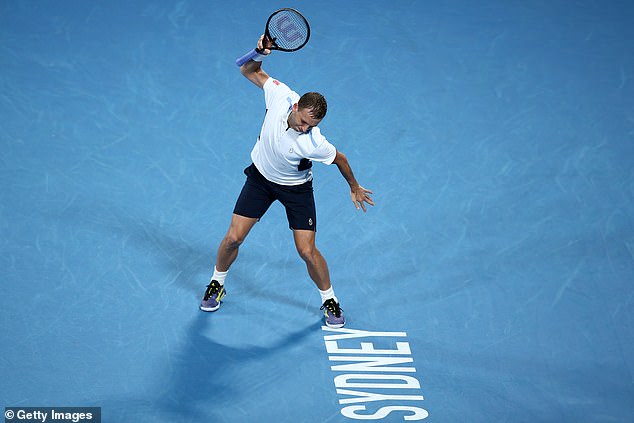 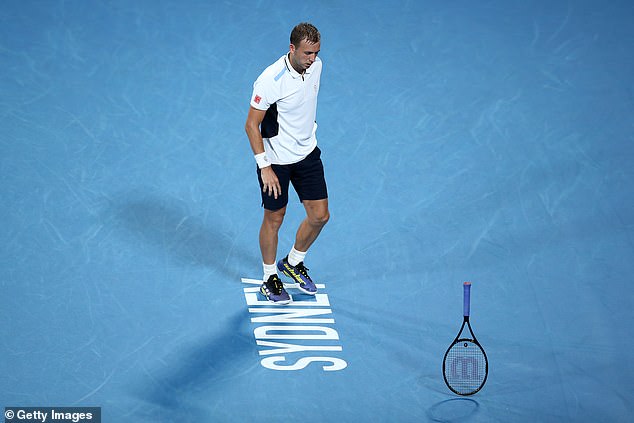 ‘That’s a f***ing embarrassment to the sport, embarrassing. F**k him,’ Evans screamed, before being called for unsportsmanlike conduct.

He then chose to direct his anger at Karatsev’s box and said, ‘even you were asking where he is!’

Evans could not be placated and he continued to rage, adding: ‘You guys sit there every week and do nothing.

‘Keep the same f***ing clothes! No-one on this tour plays tennis without running.

‘You (chair umpire) sit there on your walkie-talkie, why do you have that? I want an answer. Have you got an answer? How long was he off the court? Tell me, I want to know.’

Evans was called back to court and as he ran the risk of defaulting he successfully claimed back his break to go 3-2 behind in the deciding set. 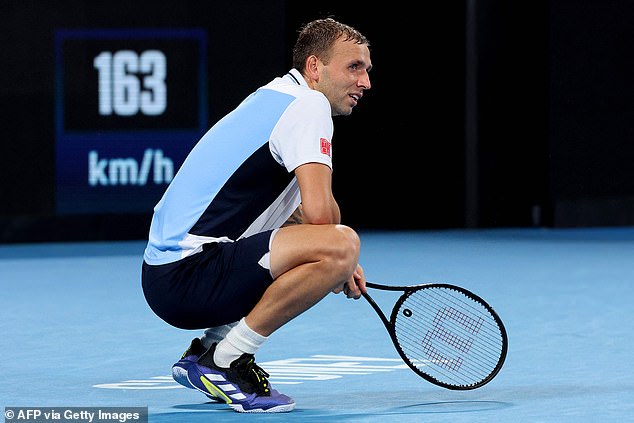 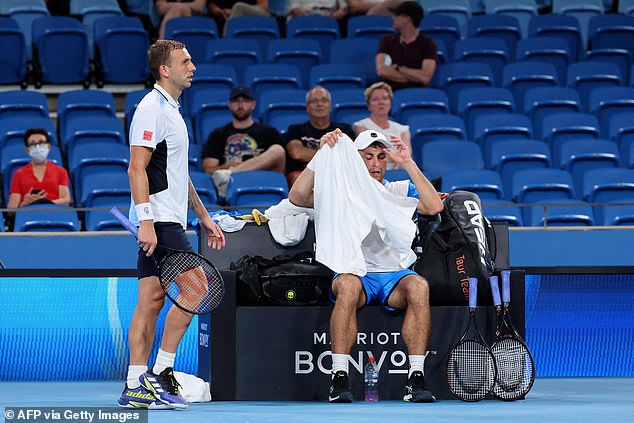 When there was a change of ends, taking him away from the supervisor, he went on: “I think you’re scared to make decisions. Every week. That’s not the rule. Five minutes to change his shorts and t-shirt? Five minutes? Good effort.’

Evans went under the lights in Sydney knowing there was the prospect of a first ever all-British ATP singles final in the Open Era having seen Andy Murray book his spot after a three-set win over Reilly Opelka.

But Karatsev, the top seed in Sydney, has been playing some imperious tennis and it was he who started impressively.

The Russian raced into a 5-1 lead, in which time Evans was able to scream out ‘f***ing hell, c**t’, which was unclear if it was directed at himself or his opponent.

Evans had to dig in to make this one a contest and the Brit roared back into the contest to convert a fourth break point with a pin-point backhand winner down the line. 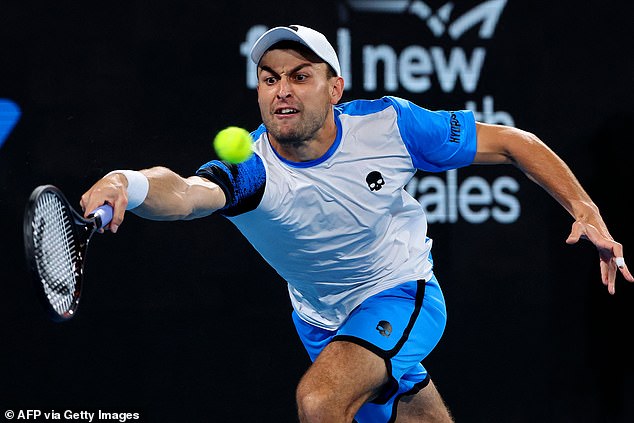 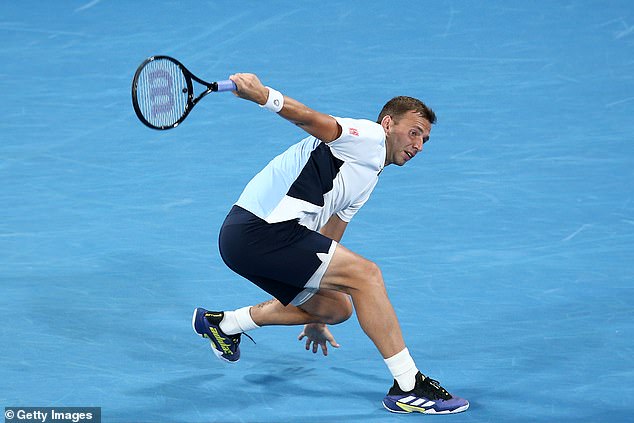 His resistance, which saw him hold for 3-5, was to be shortlived as Karatsev, who looked a class apart in the first set, served it out to go within six games of the final.

The second set will be one for the ages in 2022, even if this is only January.

Over the course of 84 minutes, Evans saved three match points and needed six set points of his own to level it up.

The sixth came up at 14-13 in the tiebreak and Karatsev’s defensive return was punished – it was a stunning time for Evans to show his deadly drives.