The Brownlow Medal winner also revealed he thinks there’s no chance of Lumumba reconciling with the club after the premiership winner reignited his bitter clash with his old team.

Swan’s comments come after Lumumba poured fuel on the fire of feud with the club on Monday by releasing bombshell allegations against some of its most senior ex-staffers in a document he was going to present to the Magpies as part of the ‘Do Better’ report into racism.

Lumumba claimed an assistant coach showed players an image from a pornographic video during a team meeting and Buckley did nothing about it.

‘I don’t even know, like, the pornographic imagery or anything like that, I don’t understand why that’s a big deal,’ Swan said on his Hump Day with Swanny and Friends podcast. 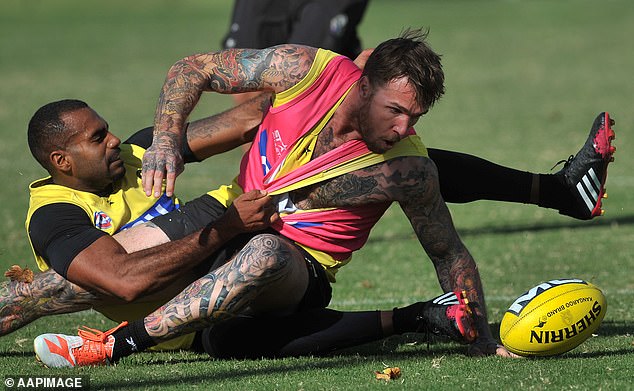 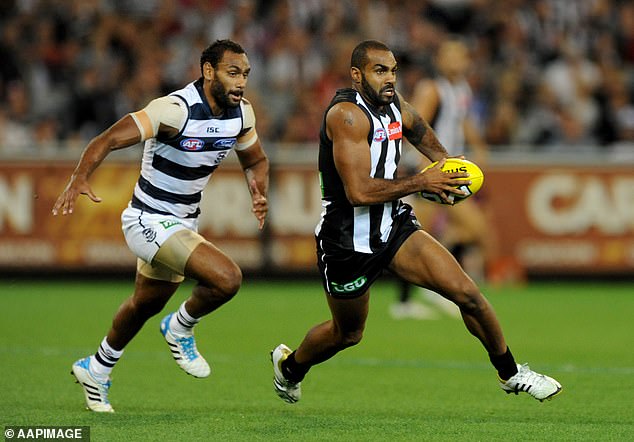 ‘I thought he’d cut off all communication with the footy club but it’s still going. I don’t know when it’s going to stop, I don’t know what else he’s got up his sleeve.

‘I don’t know if he’s purposely planning this every three months.’

On Monday, Lumumba also accused Buckley of clashing with him and refusing to take any action over a poster on a club noticeboard mocking gay people, and denying he knew about his ‘Chimp’ nickname despite Lumumba discussing it with him.

Buckley reacted by saying, ‘There are other versions of the truth that are a long way away from the way that he perceives it.’ 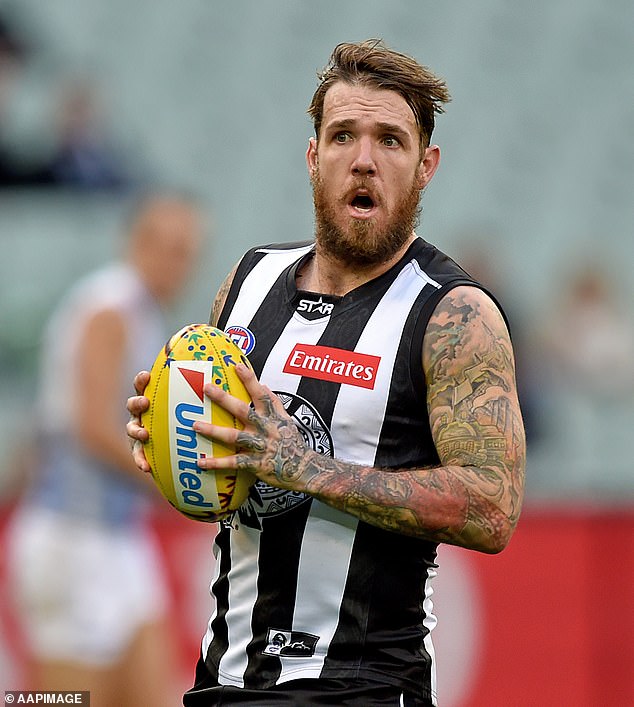 Swan and Lumumba won the 2010 premiership with Collingwood. Like Eddie McGuire, he thinks of his ex-teammate as ‘a much-loved member of the footy club’ 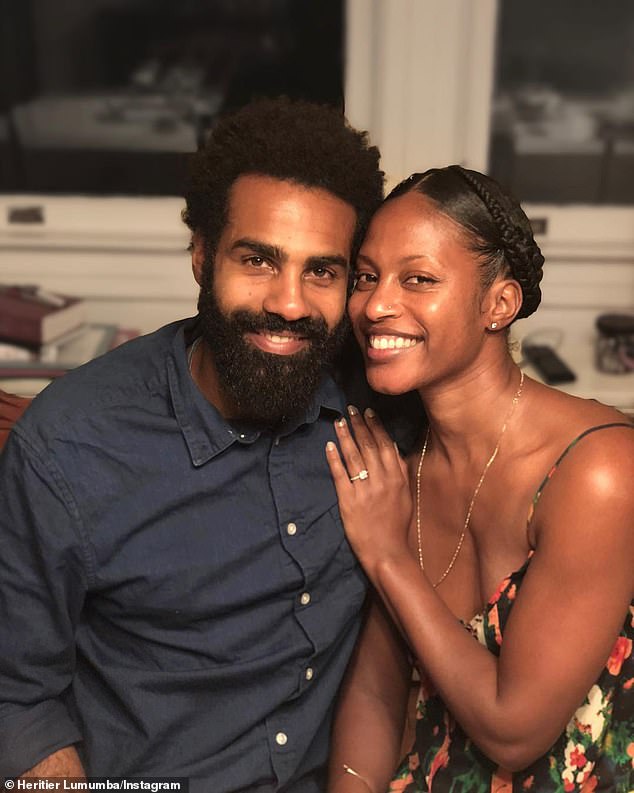 The former defender also released recordings of two clashes he had with Buckley, in which the coach accused him of throwing ex-club president Eddie McGuire ‘under a bus’ while discussing notorious comments about Indigenous footy icon Adam Goodes.

Buckley responded by telling Lumumba to release the full recordings of their meetings, which the ex-Magpie refused to do.

Lumumba also claimed McGuire also knew about his offensive nickname but denied all knowledge despite being told directly about it.

On Thursday McGuire broke his silence on the conflict, declaring it ‘very sad for everybody’.

‘You have to remember I as very close with Heritier and have not spoken to him in any other terms other than pure love and affection over the journey. That means nothing at the moment – that is not a criticism or anything, that’s just the way I feel,’ he said.

‘I just hope the door is a little bit ajar at some stage for Heritier to come back.’