Darts star James Wade, 39, is rushed to a German hospital after being forced to withdraw from the European Open semi-finals after suffering a racing heart, high blood pressure and dizziness

World number five darts star James Wade is recovering in a German hospital after withdrawing from the European Open through illness.

The 39-year-old withdrew from a semi-final clash with Dimitri Van den Bergh at the Interwetten on Sunday night and was taken by paramedics to a Leverkusen hospital.

The 11-time PDC champion has undergone tests for symptoms including a racing heart, high blood pressure, nausea and dizziness. 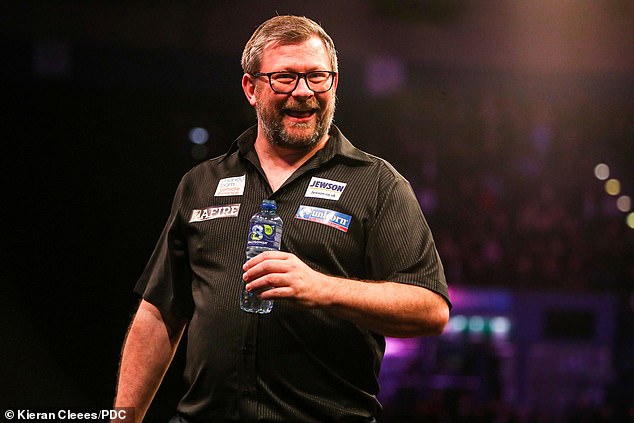 The Englishman is reported to be comfortable and improving, but remains under observation, according to an official statement on his social media.

His wife Samantha is unable to visit as she is looking after their son Arthur and is also expecting their second child.

‘It was very worrying Sunday into Monday night and it is horrible to think of James there by himself when he has been so poorly,’ she said. 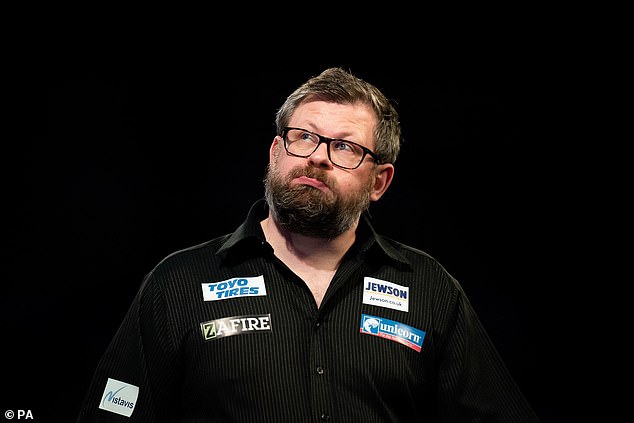 The Englishman is reported to be comfortable and improving, but remains under observation

‘Clearly we want him home as quickly as possible but the medical staff have been amazing with James and he is hugely grateful for the compassion and care they have shown him – we are taking their advice on when it will be safe for him to return home.’

Wade has not yet been declared fit to fly home and his participation in Thursday night’s Premier League event in Sheffield – he is due to face Joe Cullen in the quarter-finals – but that now looks in doubt.

His wife added: ‘James is desperate to make sure he doesn’t let anyone down and is already talking about returning to competitive action for people who have bought tickets.

‘Whilst that is in his nature, I am sure everyone will agree that him making a full recovery is the most important thing and we will be taking it day by day.’