David King blasted Brisbane’s first half performance as ‘borderline embarrassing’ after the Lions were mauled by a rejuvenated Melbourne at the MCG on Thursday night.

The Lions arrived in Melbourne for the top of the table clash looking to inflict more pain on the reigning premiers, who lost their last three games leading up to Thursday night and have to deal with a myriad of issues off the field.

The Demons, however, looked back to their best and after trailing by six points at quarter time they took a commanding 58-28 lead at the break courtesy of a six-goal blitz in the second quarter. 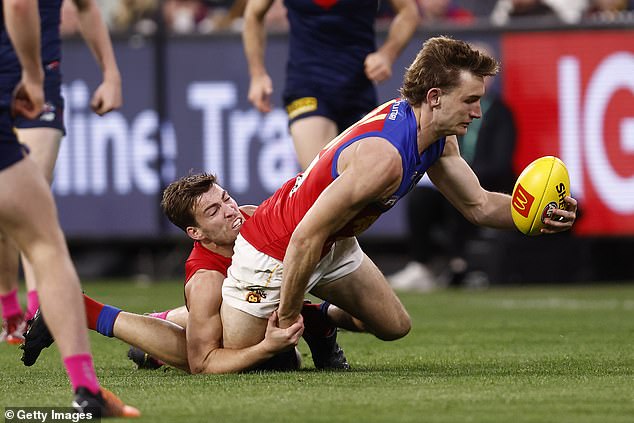 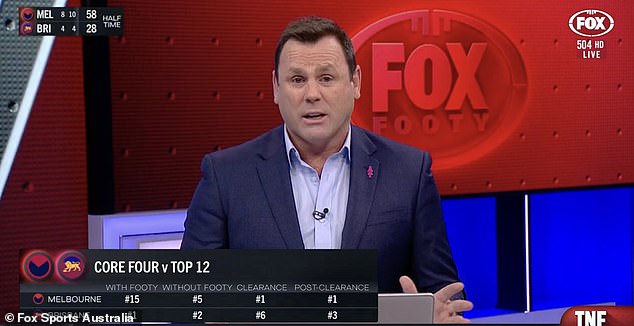 Even without injured captain Max Gawn, Melbourne dominated the game in midfield and recorded a staggering +31 in contested possession in the first half – Brisbane’s worst performance in five years.

‘They have been smashed,’ King bluntly said at halftime on Fox Footy when analysing the Lions’ performance.

‘I haven’t seen a mauling like this around the contest for years. It’s great to watch if you’re a Melbourne fan because that has been their strength area […] but I didn’t think it’d have this authority.’ 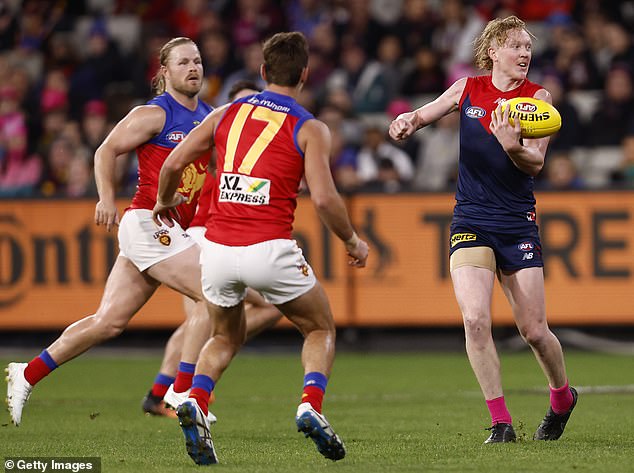 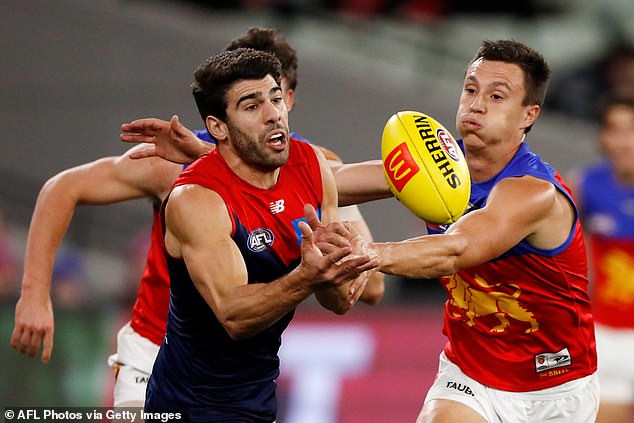 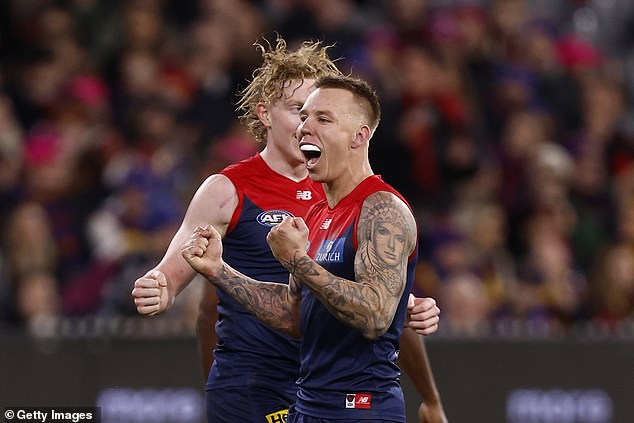 Demons’ ball magnet Clayton Oliver racked up 22 disposals in the first half, while Christian Petracca and Jack Viney had 16 each and Angus Brayshaw contributed with 15 of his own.

The Lions comfortably lead the AFL in goals this season, but could barely get their hands on the Sherrin in the second stanza and were ran ragged by the Demons.

‘This is a mauling. It’s borderline embarrassing,’ King added.

‘[Lions coach] Chris Fagan will be so frustrated given what he’s seen so far. [The clash against Melbourne was] built up as a big game and you don’t get to the MCG very often. This was their night. ‘