Leicester sit bottom of the Women’s Super League table having lost all eight of their matches so far this season.

Morgan, who led the Foxes to promotion from the Championship in April, assistant manager Michael Makoni and first team coach Holly Morgan have all left the club. 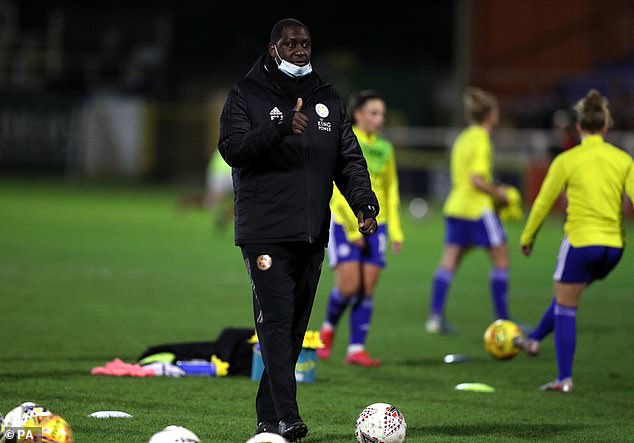 A statement from Leicester read: ‘Retention of its FA Women’s Super League status is central to the club’s vision for the long-term development of women’s football in the city.

‘The club feels a change in leadership is now necessary to give the team the best possible chance of achieving this in the remaining months of the season.’

Former Leicester striker Heskey is the club’s head of women’s football development and he will oversee preparations for the Continental Cup clash against Manchester United on December 5 while the search for a new manager begins. 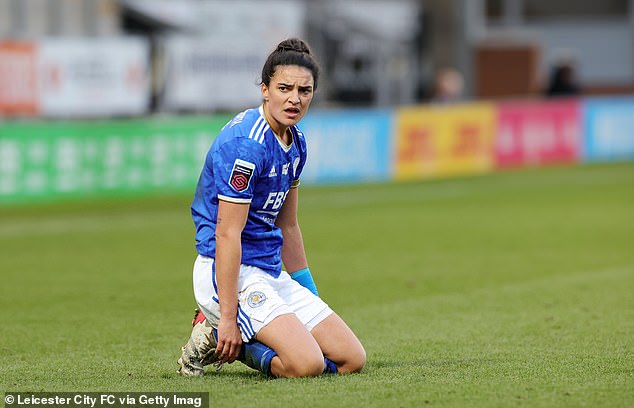 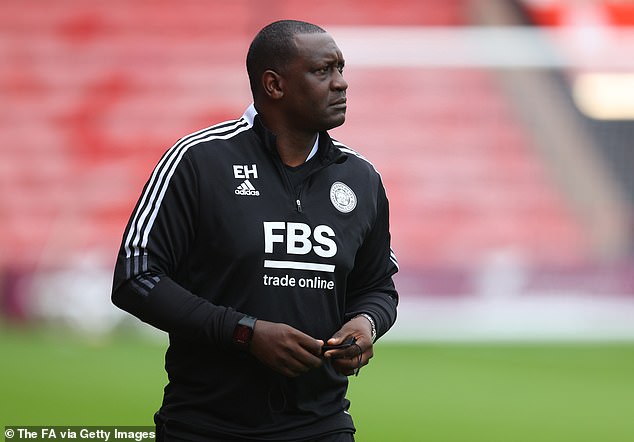 This is Heskey’s first foray into management but it will only be temporary as they search a replacement. The ex-Leicester star is the club’s head of women’s football development

Jonathan Morgan said: ‘This club has been part of mine and my family’s life for 12 years from when my sister Holly Morgan joined as a young player.

‘To have taken Leicester from the Midlands Division 1 to an FAWSL club gives me nothing but pride. Earning promotion last season in the manner we did will always be a memory I can share with the fans and the city.

‘This season has been disappointing, with injuries contributing to a difficult start, but we haven’t achieved the results we had hoped for. I wish the club, the staff and the players my very best.’