Emma McKeon won a record-equalling 18th Commonwealth Games medal despite being stunned after being pipped to gold in the women’s 100m freestyle final by fellow Aussie Mollie O’Callaghan.

The 18-year-old continued her excellent form from the recent World Championships in Budapest by setting a phenomenal personal best of 52.63 seconds in Birmingham.

O’Callaghan was the shock winner of a race that saw a 1-2-3 Aussie finish, with Shayna Jack also finishing ahead of McKeon to win silver. 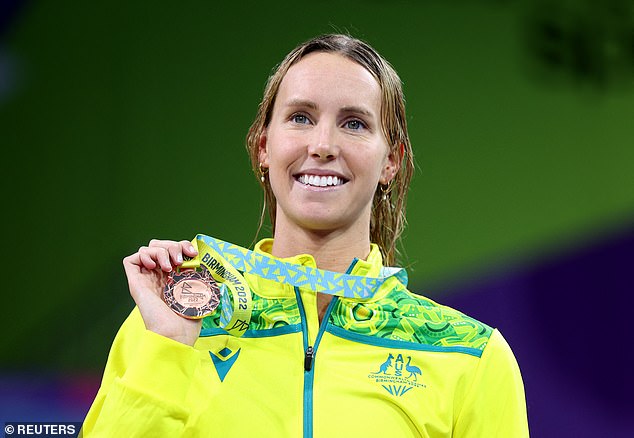 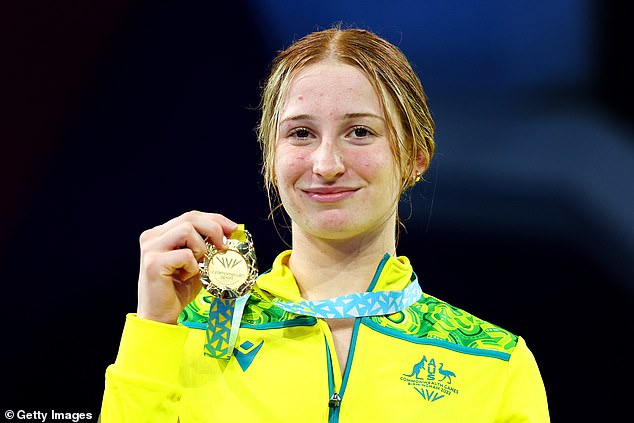 But McKeon – who has two events left in Birmingham – was gracious after being pipped to gold and silver, telling Channel 7:  ‘It is incredible. We get to push each other, year in and year out. And it ups the standard every time.

‘After last year, I needed to keep pushing. And I know all over the world there will be young ones coming through and I have these two back home to race all the time.

‘I’m still hungry as ever… I’m just so stoked to be here and be in the 100m with those girls.’ 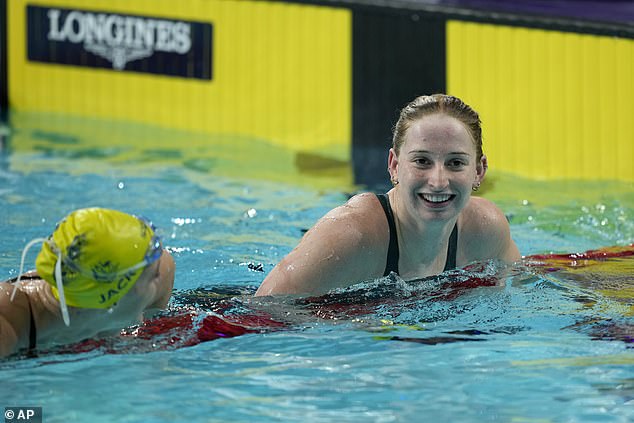 The 18-year-old continued her excellent form by setting a personal best of 52.63 seconds 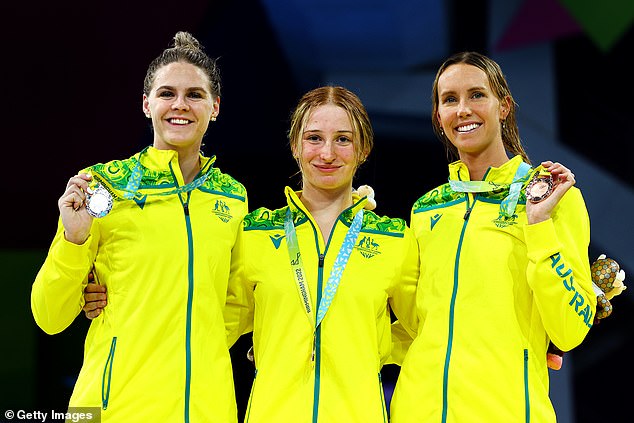 Meanwhile, O’Callaghan said: ‘I’m really happy. And I’m happy to do it with these amazing girls. Especially Emma. She is an absolute idol.

‘It is really nice to race alongside her at this time. And especially Shayna Jack too, coming back from stuff, so I’m very happy.’

However, McKeon’s partner Cody Simpson did not enjoy similar success in the men’s 100m butterfly final, only managing to come fifth.

But there was success for another Australian, Matthew Temple, who tied with England’s James Guy for silver with a time of 51.40 seconds.

McKeon and Simpson’s Games have been overshadowed by the supposed negativity from the media surrounding the ‘love triangle’ also involving Kyle Chalmers. 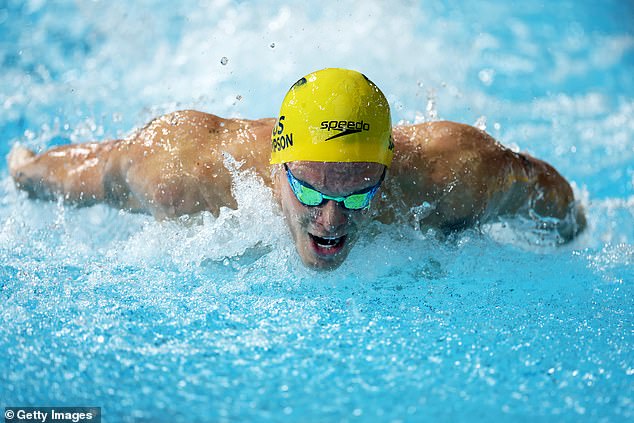 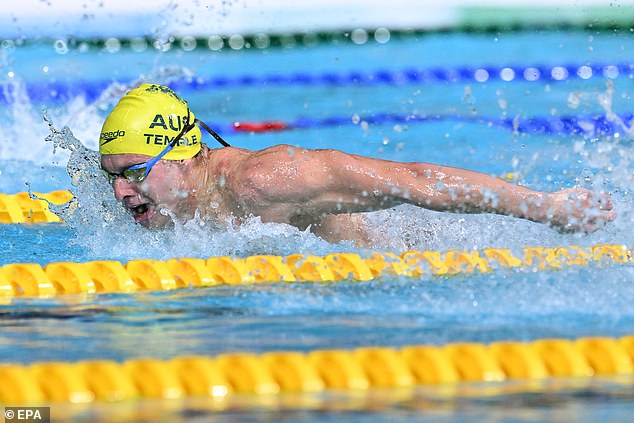 But there was success for Matthew Temple, who tied with England’s James Guy for silver

Speaking on Adelaide’s Mix 102.3 to presenter Ali Clarke on Tuesday morning, Chalmers’ father Brett praised his son for addressing the supposed negativity from the media surrounding the ‘love triangle’ involving him and fellow swimmers Emma McKeon and Cody Simpson.

‘It’s a form of bullying and harassment, these people (media) get away with it, they destroy people’s lives,’ he said before breaking down.

‘It has been hard watching Kyle go through all this alone, you feel helpless 15,000 kilometres away.

‘I feel Swimming Australia should have supported Kyle more. ‘