Jackson Archer will make his AFL debut for North Melbourne this weekend and his father, Kangaroos legend Glenn, couldn’t be prouder.

The 18-year-old was taken as a father-son selection in last year’s national draft and shared news of his upcoming debut by video-calling his dad on Thursday. North Melbourne recorded the conversation and subsequently shared it on social media.

Archer senior, who won the premiership in 1996 and 1999 and played 311 games for the Kangaroos, struggled to hold back the tears when his son informed him he will be playing against Adelaide on Sunday. 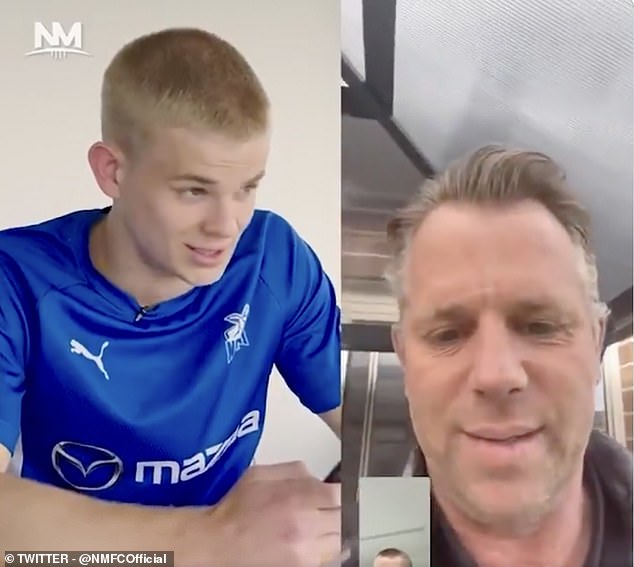 ‘I have just got home and I thought I’d go and take Under-12s for training. What are you doing?,’ Archer replies as he answers his son’s call.

‘Nothing much. I’m playing this weekend,’ Jackson replies.

‘You’re kidding,’ his father replies, before both starts welling up and the former Kangaroos star takes several moments to compose himself.

‘Hang on mate,’ Glenn says after a prolonged pause. 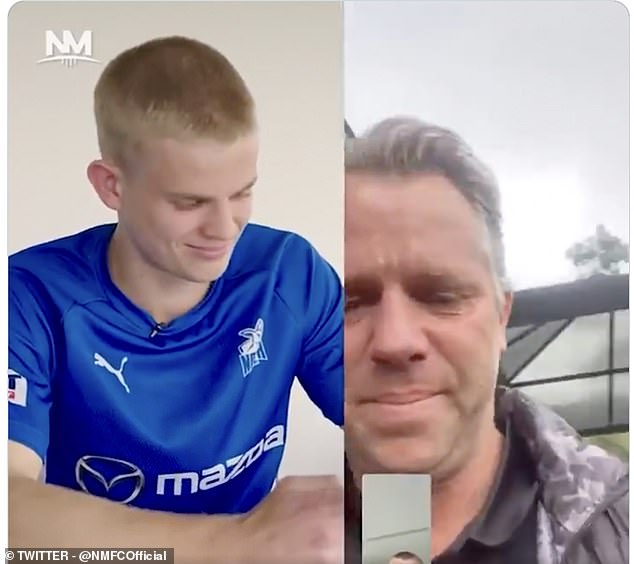 Jackson, the son of Shinboner of the Century Glenn, has been named for North Melbourne.

Join the Archers, and have a bit of a cry 🥲 pic.twitter.com/t6dPKZt0Lq

‘Sorry, I had something stuck in my throat. That’s fantastic mate. Well done. You bloody deserve it, you’ve worked really hard.’

As the call ends, Jackson chokes back the tears himself before quipping: ‘Bloody emotional family, yeah?’

Archer’s mum was similarly stunned when she heard the news in a separate conversation on loudspeaker, which was also filmed by the Kangaroos.

‘What are you doing on Sunday?’ the teenager asks his mum on the phone, before announcing his making his AFL debut. 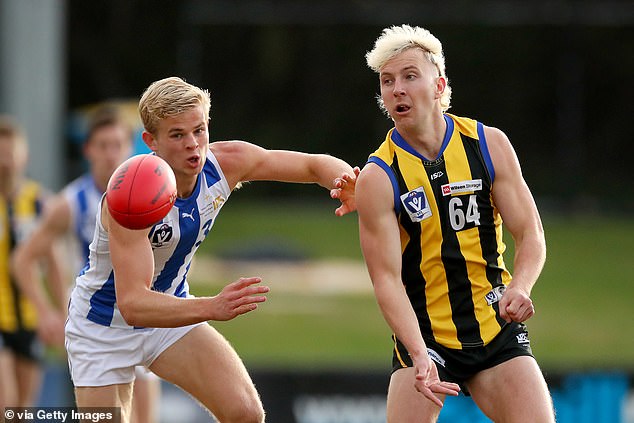 A gritty defender, Archer won the premiership in 1996 and 1999 with the Kangaroos

The teenager has played nine games in the VFL and racked up 12 disposals a fortnight ago and has featured on North Melbourne’s emergency list for five consecutive rounds.

Living up to his dad’s standards will be no easy task for the youngster.

Archer was a three-time All-Australian during his AFL career, won the Norm Smith medal in 1996 and he was awarded the Robert Rose Award for Most Courageous Player six times in nine seasons.

A gritty defender, Archer was hailed as the ‘Shinboner of the Century’ and was the Kangaroos’ games record-holder for almost four years until he was surpassed by Brent Harvey in Round 12 of the 2011 season.

PSG president Nasser Al-Khelaifi: 'Next season we will see the best version of Messi ever'