Football came home, Chloe Kelly’s shirt came off and, twirling it around her head in a moment of glorious abandon, it all came together.

The sacrifices, the hard work, the effort it has taken to place England’s women centre stage, it has all been worthwhile. England are the champions of Europe. They triumphed over their greatest rivals, Germany, in extra time at Wembley, Kelly’s scrappy 110th minute goal the decider of a final that took a hammer to the notion that this is somehow a meeker, milder, tamer version of the game.

This was a ferocious encounter, that only tired towards the end because two hours on this huge pitch saps the energy from even the best conditioned athletes. And England went the distance. They found the energy for one last push. And then Kelly gave English football its Brandi Chastain moment. 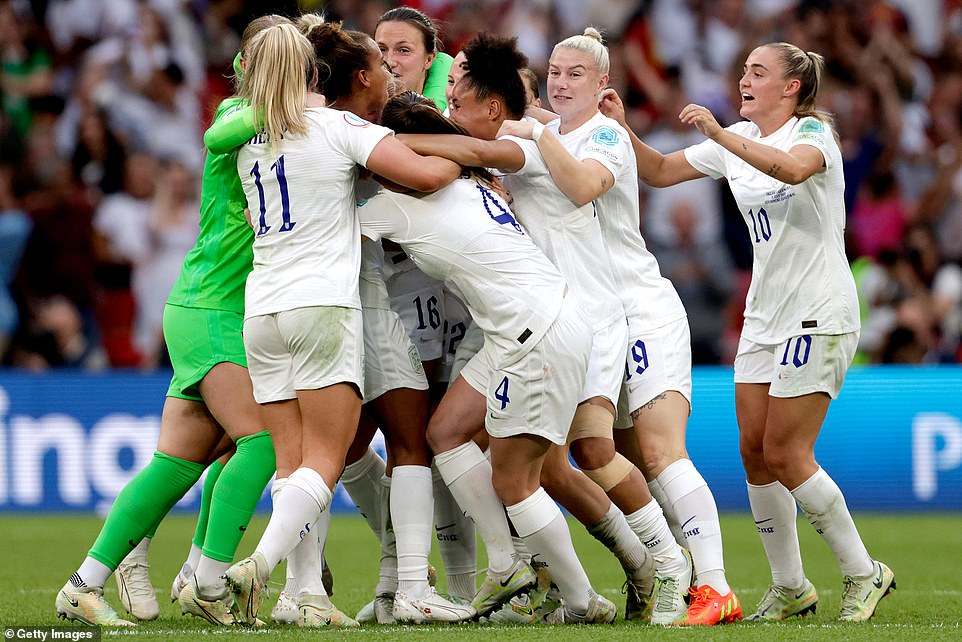 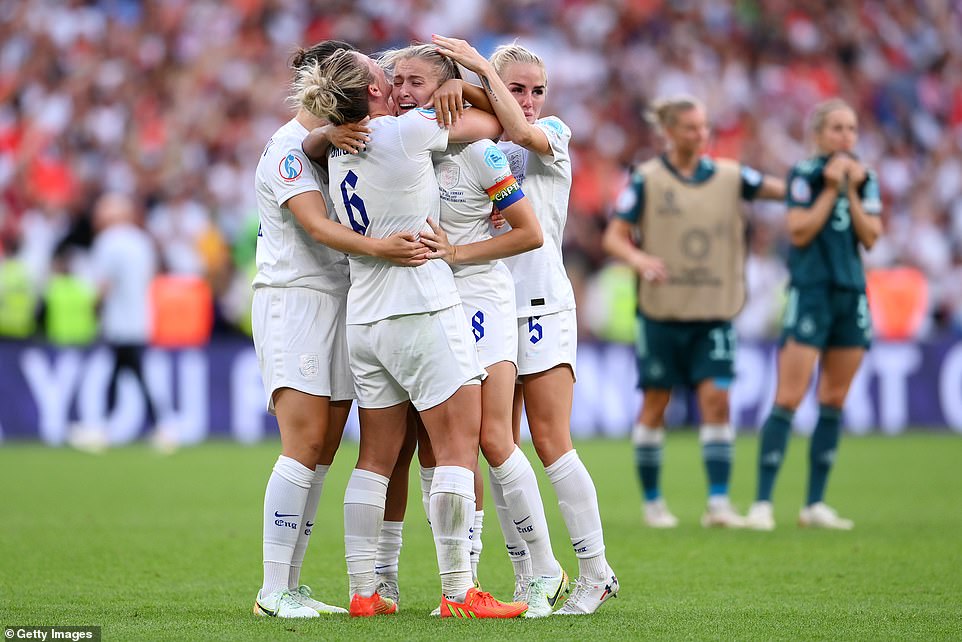 It sees England end a period of 66 years of hurt, with the Lionesses winning their first ever major trophy with win on home soil 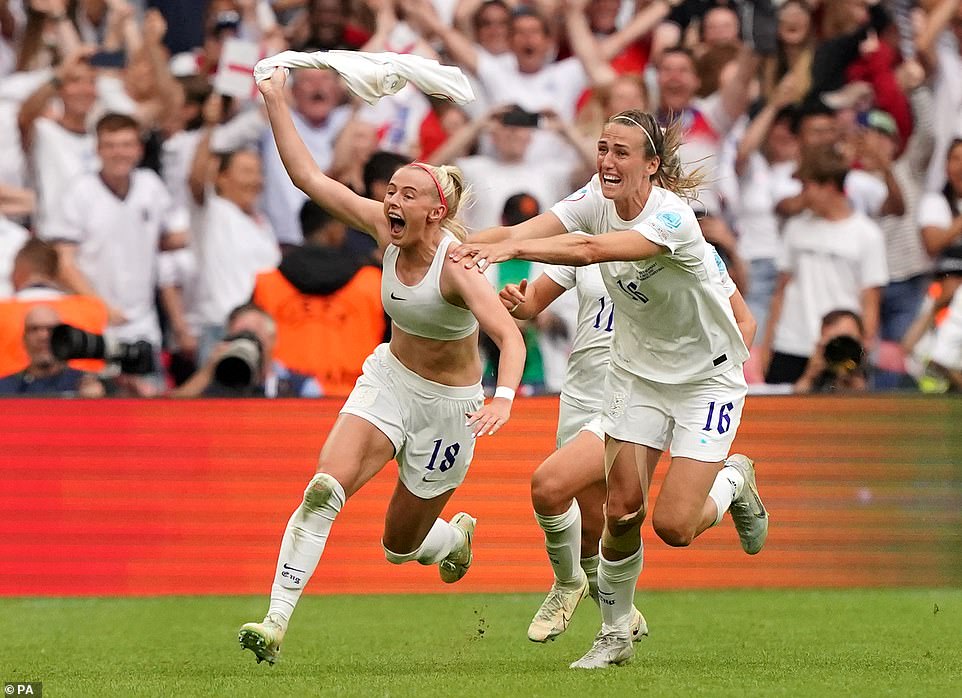 Football came home, Chloe Kelly’s shirt came off and, twirling it around her head in a moment of glorious abandon

It was Chastain of the United States who in 1999 celebrated scoring the World Cup winning penalty by ripping off her shirt to reveal the most famous sports bar in history. It became an iconic image of female empowerment. A yes we can moment. Here was England’s. In many ways, the celebration overwhelmed the goal itself, which was certainly not as special as Ella Toone’s first. Well, not as spectacular certainly.

Lauren Hemp swung in a corner, won by Lucy Bronze, and the ball fell to Kelly. Her first swing missed, but Germany goalkeeper Merle Frohms did not collect so Kelly tried again. This time she made contact, muscling in front of the German defence quite splendidly as she did.

And as the ball hit the net, away she went, shirt swirling in the night air, pure emotion on legs. At the end there was dancing and tears, as there should be. It’s been a long journey here. Not just for this group and their outstanding coach Sarina Wiegman, but for woman’s football in a man’s world. But it was worth it. It was all worth it. This was what the game needed. This changes it all. And as she whirled away into the night, Kelly’s freedom told of that, too.

It’s England, it’s Germany, it’s a final. Yes, the mood around Wembley may have been considerably more pleasant that at the same stage of the equivalent tournament last year but, on the field – well what did you expect?

So this was a feisty, bruising encounter, that tested referee Kateryna Monzul, from Ukraine, perhaps to the limits of her capabilities. She went from giving next to nothing, to giving almost everything, and then booked Georgia Stanway and Ellen White for tackles that were fouls, and no more.

Then, when Stanway committed one that was worse shortly before half-time, Monzul ignored it because the alternative would have been to dismiss England’s midfield game-changer and risk altering the course of the match undeservedly. 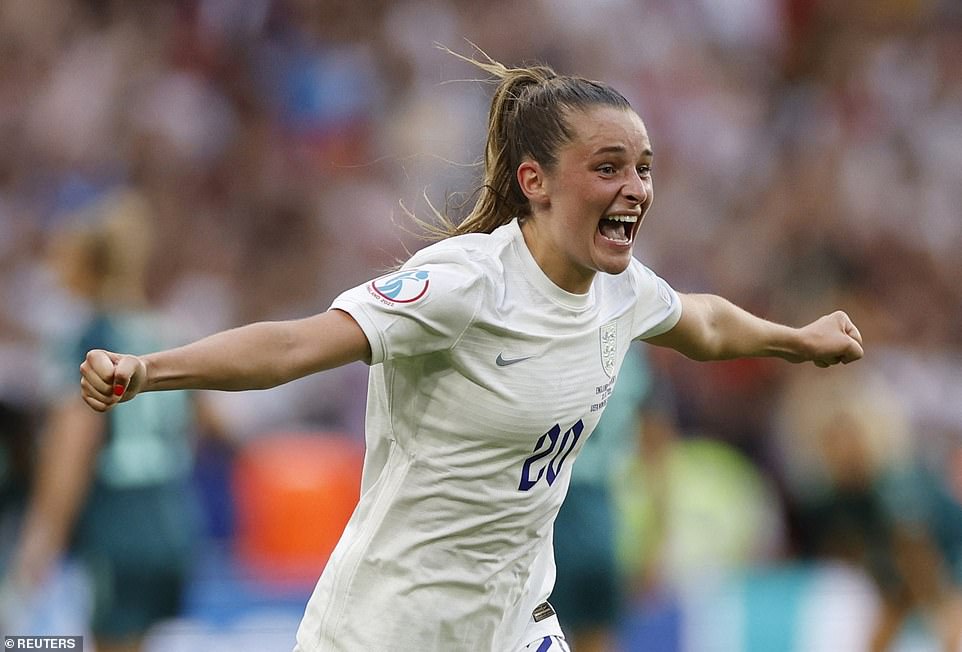 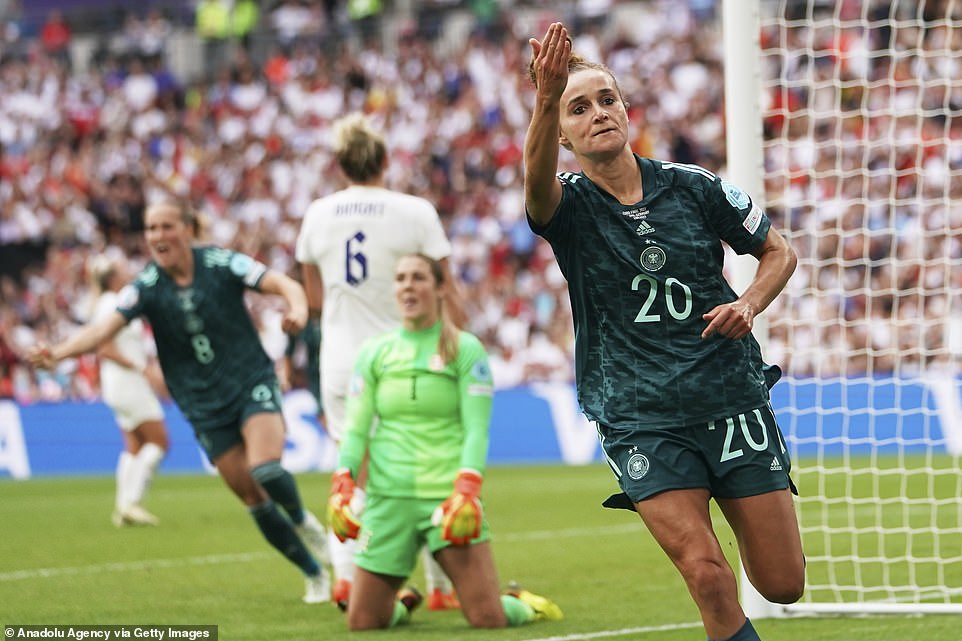 It was a mess; almost as if Monzul got a word in her ear that she needed to crack down, so inconsistent was the first-half performance.

Nor was this the only frustration for England and coach Sarina Wiegman, after Ellen White missed two very good chances to capitalise on the nervousness Germany must have felt, having lost their best player and captain minutes before kick-off.

Alexandra Popp is joint tournament top scorer with Beth Mead – no mean feat given how free-scoring England have been to hear – but muscular problems saw her withdrawn from the starting XI at the end of the warm up, replaced by Lea Schuller.

If it was a blow to Germany, it wasn’t as much help as England might have hoped, either. A coach as through as Wiegman would no doubt have made special plans for Popp and this gave her scant time to change them. At the back England did not capitalise creatively as much as they might have hoped.

Nor did White. As early as the third minute. Fran Kirby found her with an arrowed pass which she header straight at German goalkeeper Merle Frohms. Then, six minutes before half-time, White found Mead who sped down the flank and cut back her pass inside. In a strong position, White shot over. 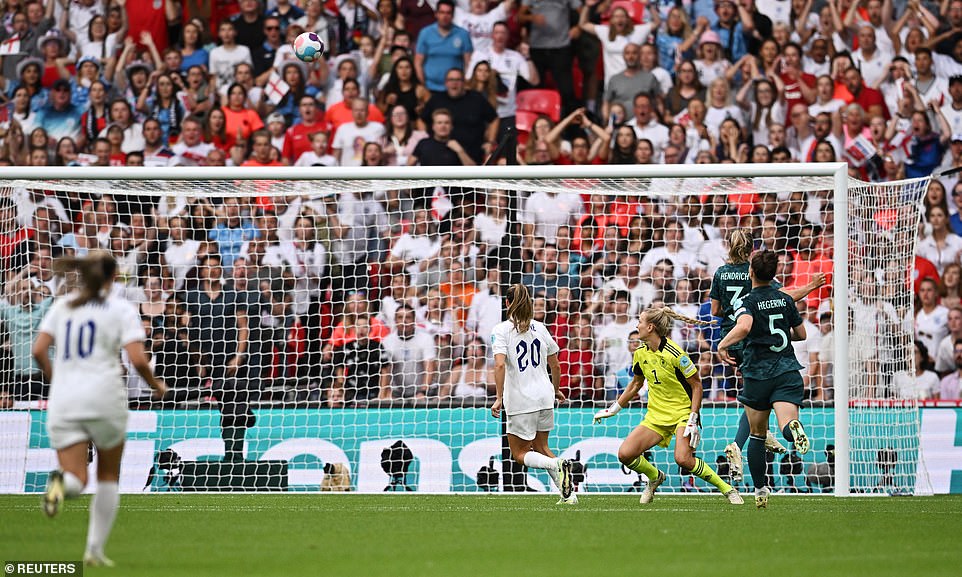 There were other opportunities but not quite so clear-cut. A Lucy Bronze cross swung in and almost caught out Frohms after six minutes. She recovered to claw back the ball before it crossed the line, before White ended the danger with a needless charge on the goalkeeper. Bronze’s header from Mead’s corner went straight at Frohms soon after.

At the other end, Germany posed some threat but missed Popp’s cutting edge. Their best first-half chance was a Lina Magull corner diverted by the head of Marina Hegering and causing an almighty scramble in England’s six-yard box. Mary Earps certainly got a vital touch, Leah Williamson too.

Germany threatened little more until Magull got the better of Keira Walsh in the 49th minute before shooting wide. She should have scored. Wiegman, mind, had seen enough. On came what Eddie Jones would call her finishers: Alessia Russo and Ella Toone.

And, within minutes, Toone changed the game. Wiegman’s instincts were true once more. Germany had taken the second-half initiative and it needed to be wrested from them. Toone did that. She did more than that, in fact. She scored one of the most memorable and special goals in England’s history at Wembley.

It was the 56th minute when Toone crossed the white line and the 62nd when she scored the goal that looked to have delivered the victory. In 1966, it was a red-shirted England man, haring clear of the German defence before providing a definitive, iconic finish. This time, it was a white shirted England woman, but the product was the same. 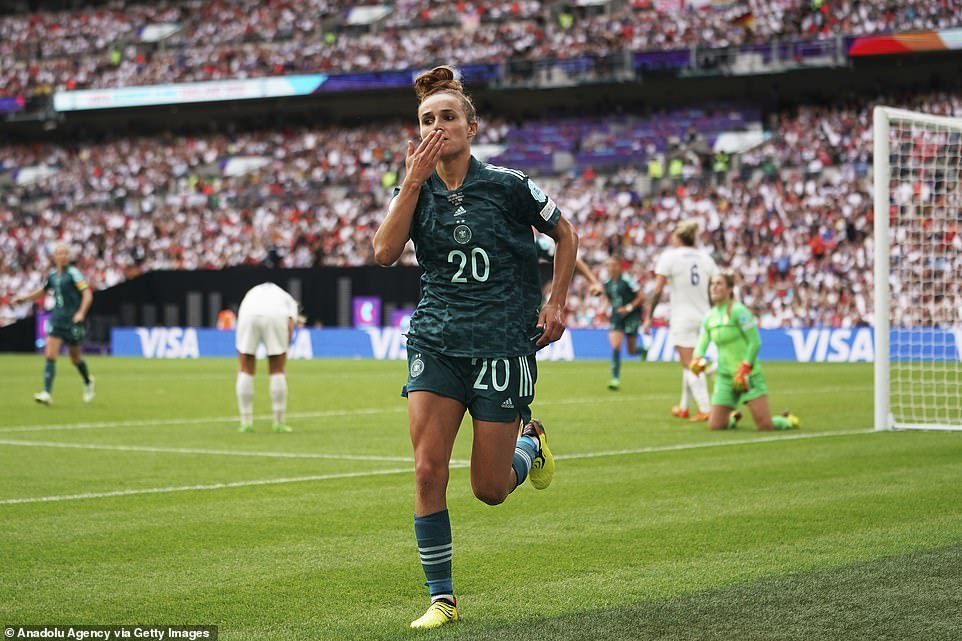 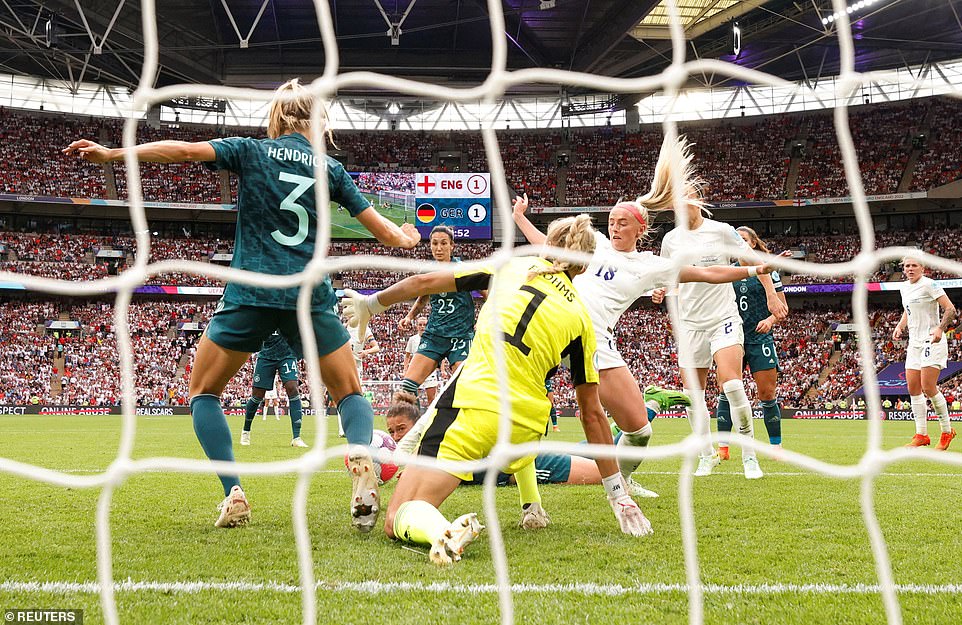 What a finish. It was Kiera Walsh’s ball over the top, but Toone exploited a gap between Germany’s deepest defensive pair, won the foot race, and as Frohms advance lofted the ball over her with exquisite precision.

Growing up near Wigan, Manchester United fan Toone would pretend to be Cristiano Ronaldo when playing in her back garden. He would have been proud of this finish. Any forward would. It deserved to win the game. It didn’t win the game.

There were 11 minutes remaining when Sydney Lohmann pushed the ball to Tabia Wassmuth on the right flank. She struck and low cross and Magull – Germany’s biggest danger throughout – flicked it past Earps at the near post. Into extra-time we went. It’s Germany: what did you expect? 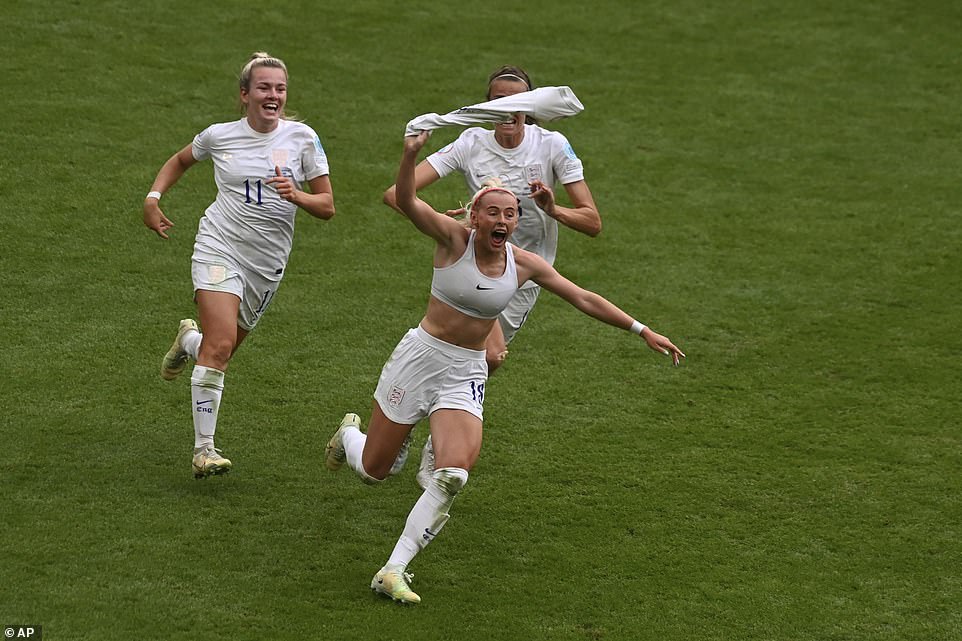 Ashes: Dawid Malan says England are ‘learning on the job’ in Australia