England’s tour of Australia has got off to a nightmare start after wing Jonny May tested positive for Covid-19 and was forced into isolation for seven days.

Eddie Jones’ side arrived in the southern hemisphere this week ahead of the first of three Test matches with the Wallabies a week on Saturday.

May is now unlikely to feature in the series opener in Perth, although England head coach Jones refused to definitely rule him out of the Optus Stadium clash. 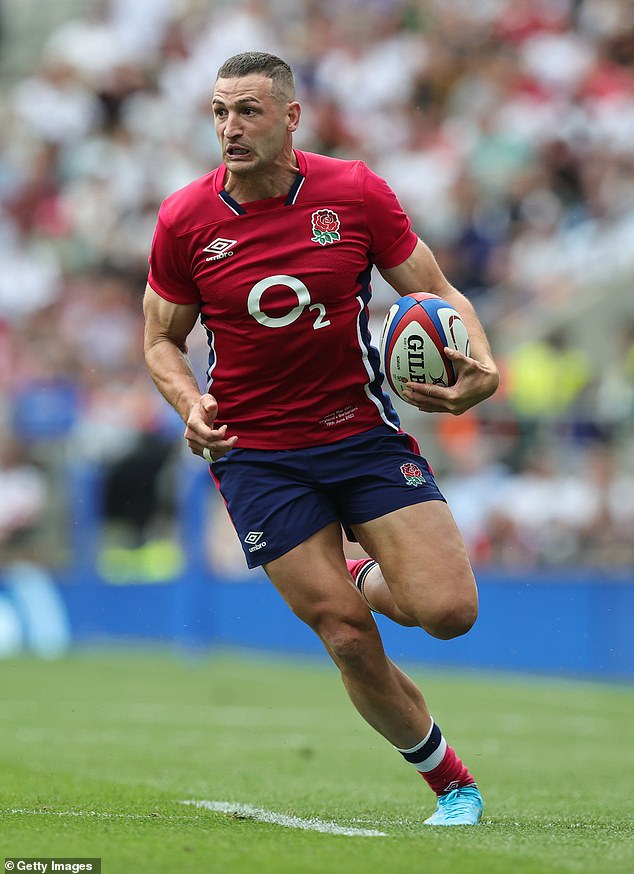 ‘We’re not going to rule Jonny out at this stage,’ Jones said. ‘We’ll just see how he is. Potentially he’ll be available to train next Thursday, so we’ll have a look to see what he’s like because he’s experienced.

‘He’s showed in his first game back against the Barbarians, where he’s lacking game time, that he’s got his best rugby ahead of him.

‘We’ll just monitor his situation and make an assessment closer to the day when he gets out.

‘We’ve got a couple of others from the finals who haven’t been able to get on the paddock yet, but we’re hopeful everyone will be able to train by Monday.’ An England statement read: ‘Jonny May has tested positive for Covid. After reporting symptoms, he returned a positive test on Friday morning (June 24). He immediately went into isolation.

‘We are following all Western Australia Government guidelines. He (May) will remain in isolation for seven days as per Government regulations.’

May is the only England player to have tested positive.

Covid-19 guidelines in Western Australia require all close contacts of a positive case to ‘wear a mask at all times outside of the home’ while also providing negative test results on a daily basis. That applies even if the close contacts are not showing coronavirus symptoms. 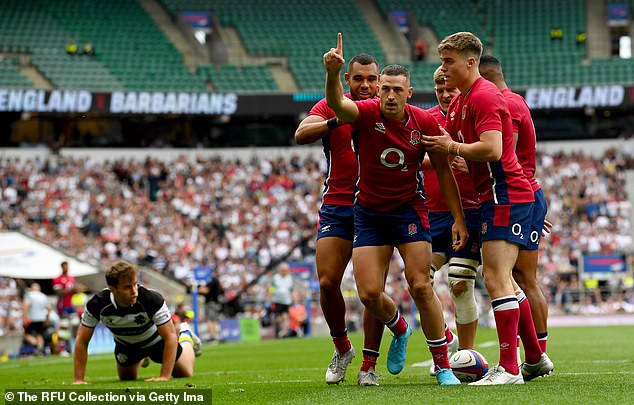 May is the second highest try-scorer in England’s history and his likely absence from the first Test would rob Jones of one of his most experienced campaigners.

The 32-year-old missed the Six Nations and played in only in his second game since January 8 when he started and scored a try in England’s humiliating 52-21 defeat by the Barbarians last weekend.

Jack Nowell and Joe Cokanasiga are now favourites to start in the two England wing berths in the first Test.

‘It was good to have the whole squad in Freemantle and we’ve had two days of light training. 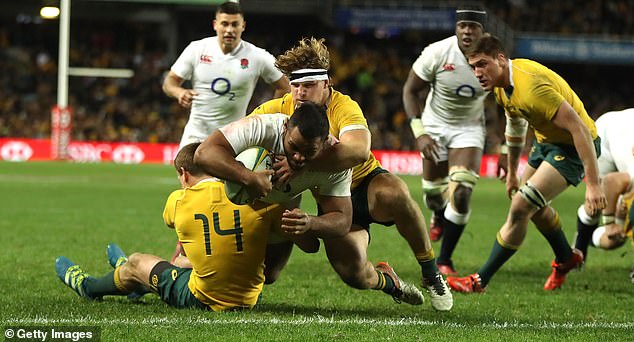 ‘The boys are in great spirits and recovering well from the flight. We anticipate we’ll have our first reasonable hit out tomorrow. It’s a new squad, obviously with a lot of young players on their first tour of Australia. There are 10 players from the 2016 tour so there has been a bit of swapping of stories because these boys have got an opportunity to do something really special.

‘Not many English teams come to Australia and win in any sort of sport and we’ve got the opportunity to do that. We know the Australians are coming along well.

‘But with the way the squad is developing, we’re confident about our chances. We’re looking forward to the game and hope the Optus Stadium is full.