Commonwealth Games gold medal winner Matt Denny is a redemption story for the ages, but it was the response from his former NFL rival after the Birmingham Commonwealth Games discus final that really made him smile.

Denny claimed gold with a personal-best throw of 67.26m after the big Queenslander had previously finished agonisingly close to an Olympic medal, missing the podium in Tokyo by just 5cm. 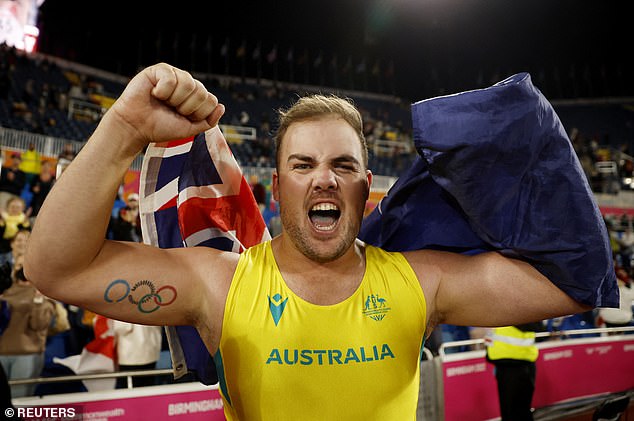 Denny was also fourth at his home Commonwealth Games on the Gold Coast and he also missed out at the recent World Championships.

The result was no cakewalk, with Denny having to beat English thrower Lawrence Okoye, who holds the British discus record and was on the practice squad for a host of NFL clubs from 2013 to 2017.

And when Denny was being interviewed after beating the man mountain, Okoye couldn’t wait to get his two cents in.

‘F**k this guy, Matt Denny, Matt Denny!’ he jokingly screamed into the mic as Denny was being interviewed.

The 26-year-old Aussie champion admitted that redemption had been firmly on his mind coming into the  Games. 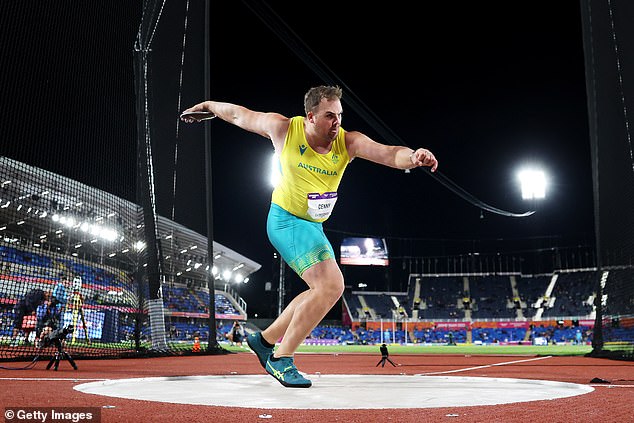 Denny winds up. All six of his attempts at the Birmingham Games were winning throws

‘I felt pretty locked in from the start,’ he said.

‘I knew with that first 65m and the way that it felt, I was really in form and I I knew I had been in form this season.

‘Two weeks ago for world champs was a bit disappointing. I had a feeling of focusing a bit more on redemption and trying to get the performances I wanted.

‘It was good to come out and be consistent and get those performances that I wanted.’ 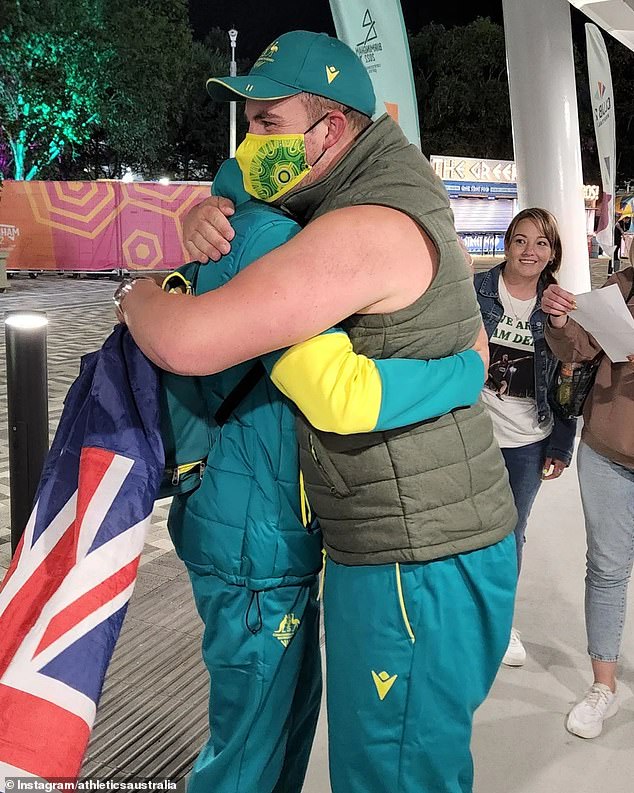 Denny has a bromance with fellow Australian athlete Brandon Starc, brother of Australian cricketer Mitchell Starc, who won silver in the high jump at the Birmingham games

Denny’s throw could have been enough to earn a medal at a major meet like the Olympics or World Championships and he has vowed to keep pushing forward and deliver on an even bigger stage.

‘I think to have that bit of a statement to continually put it in and get those performances I think I am pretty sure that would have come close to a medal at worlds,’ he said.

‘That’s frustrating. I have done it late but I really pride myself on doing what is needed when it counts and to do that six times in a row today and to really dominate the comp has been great.

‘This is just the start, there is more of this to come.’