Punctual Patriots: Ex-New England offensive lineman Rich Ohrnberger admits he once INTENTIONALLY crashed his truck into a church van as he was running late to a team meeting so Bill Belichick wouldn’t cut him

Given a choice between tardiness and recklessness, former New England Patriots offensive lineman Rich Ohrnberger happily chose the latter in order to avoid the wrath of head coach Bill Belichick.

As the retired NFL guard revealed on his radio show, ‘The Hartman & Rich O Show’, he intentionally bumped his Chevy Tahoe into a ramshackle church van to give himself a valid excuse for being late to a team meeting.

Ohrnberger didn’t reveal the date of the accident, but the former Penn State star played in Foxborough from 2009 and 2011, when Belichick’s rules on punctuality were every bit as unflinchingly rigid as they are today. 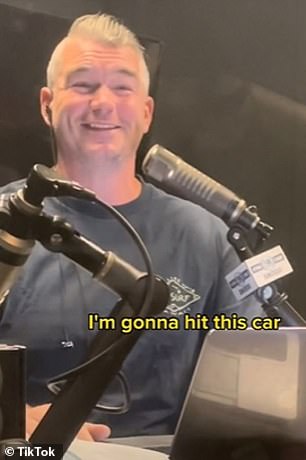 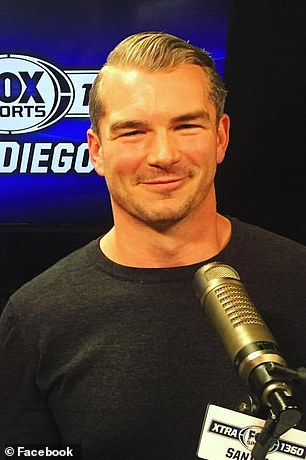 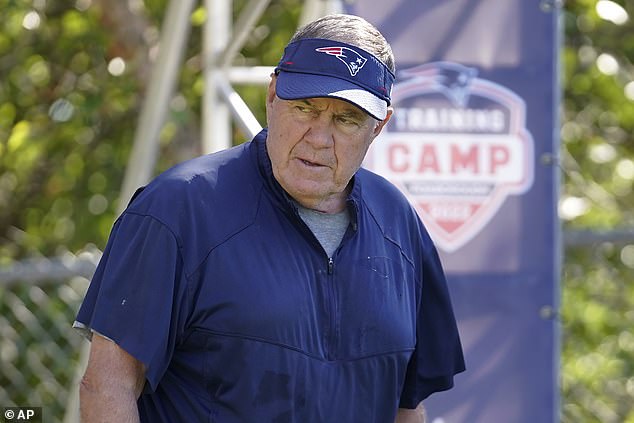 ‘I wake up, my phone died overnight, and I realize I’m waking up to the sound of birds chirping and not my alarm going off,’ Ohrnberger told co-host Steve Hartman. ‘I am frantic. I don’t even bother looking at the clock, I know I’m late.’

Eventually Ohrnberger glanced at the clock.

‘I’m five minutes to being officially late, and I’ve got a 15 minute drive ahead of me,’ he continued. ‘I’m gonna be 10 minutes late for this day. I have this sinking feeling in my stomach like, ‘I’m gonna be cut. [Belichick’s] not gonna have me on this football team come tomorrow. What do I do?’

In what may have felt like divine intervention, Ohrnberger suddenly spotted the worn-down church van, and began to consider his options.

‘I see a church van in front of me that’s all dinged up and it’s got the black smoke coming out of the exhaust pipe and I’m like, ‘I’m gonna hit this car,’ Ohrnberger laughed.

‘It’s better to pay the insurance than embarrass myself by being late for a Patriots team meeting.’

In that moment, the answer became crystal clear to Ohrnberger.

‘So I rear-end this church van,’ he said. ‘I hit this for this poor old man, who by the way, was like minutes from being 100 years old. This guy with a long, white beard. I mean, it was Father Time, comes creeping out of the front seat of this church van.

‘I didn’t hit him hard,’ Ohrnberger continued. ‘I like cruised into him enough that it dented my bumper so I had proof, so I had visual evidence that I actually got into a car accident.’

‘He said, ‘That stuff may fly at IBM. Like if you were one of those geeks working on the computers and stuff, OK? That stuff doesn’t work here. You be on time from now on,’ Ohrnberger remembered.

Ohrnberger would eventually go on to play for the Chargers and Cardinals, and is now a popular podcaster and radio host. 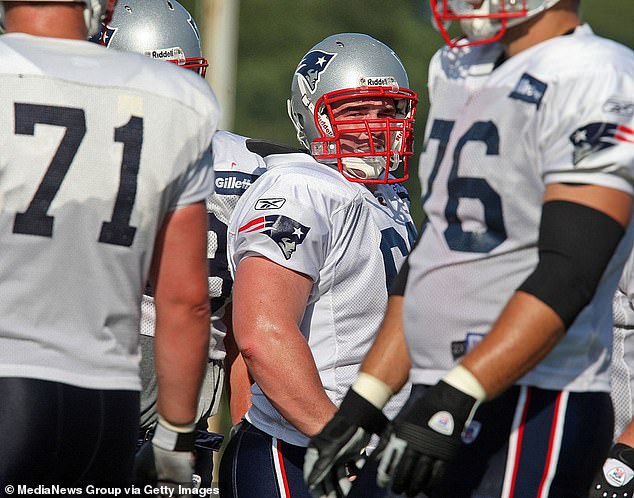