Boxing fans took to social media to blast the ‘Iranian Hulk’ following his disappointing display in the ring on Sunday night.

Hulk, real name Sajad Gharibi, made his long awaited boxing debut on the latest Wick N’ Bad card in Dubai, three months after his fight against Martyn Ford was cancelled. 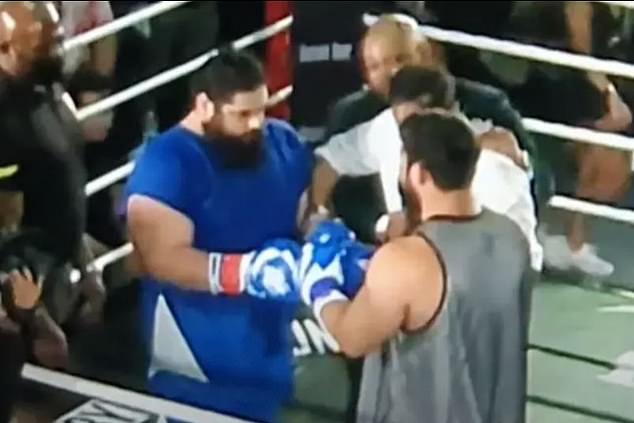 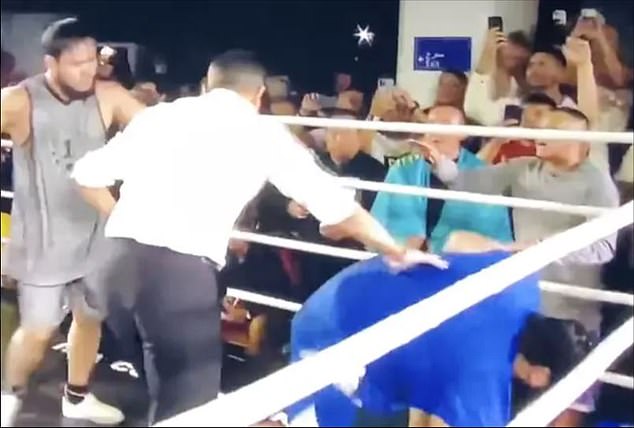 Gharibi struggled from the go as Titan landed a number of punches just seconds in, with the former unable to defend himself as he turned his back on numerous occasions.

The referee then gave Gharibi a time-out before calling the fight off once the 30-year-old hit the canvas two minutes into the bout.

Fans took to social media to give their reaction, with some calling on Gharibi to never box again.

One wrote: ‘Somebody please pay Iranian Hulk to never step foot inside a boxing ring again 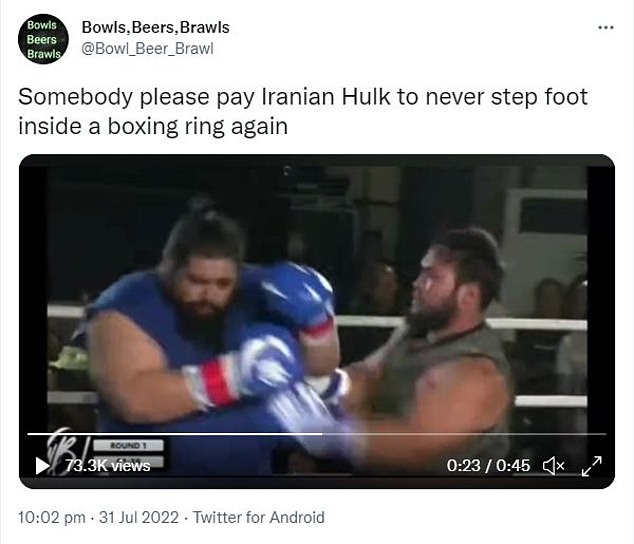 A second fan said: ‘Iranian hulk is the most embarrassing person I’ve ever seen in my life. Thank god he didn’t fight martyn ford I legit think he would of died.’

‘No wonder this bloke pulled out of fighting Ford absolute shambles,’ a third fan commented.

In a short interview after the fight, Gharibi said: ‘I have nothing to say but I am ashamed and I apologise to the Iranian people.’