Declan Rice’s social media authenticity is winning praise from supporters, although West Ham manager, David Moyes, wants his midfielder to be celebrated for his performances on the pitch.

Moyes was asked about Rice yesterday as West Ham prepare to play Vienna tonight knowing they can secure top spot in the Europa League’s Group H. The Scot said he’s happy, so long as social media doesn’t distract the 22-year-old England international from the task at hand. 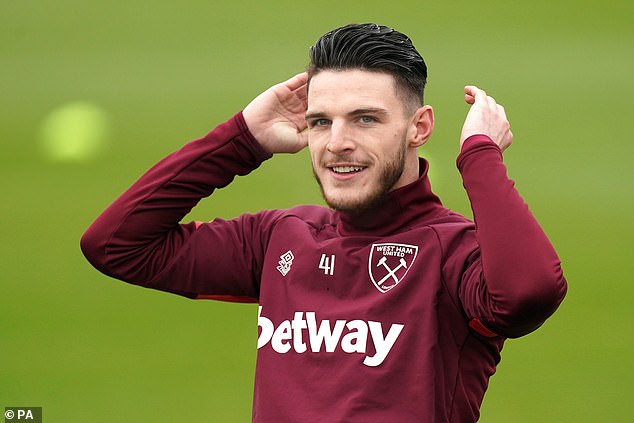 ‘For me the most important thing is that Declan is a football player,’ said Moyes. ‘I’m guessing he’s not planning to be a karaoke singer.

‘But overall, he’s a great lad to have around. I really want Declan Rice to be talked about for his football. I’m only interested in how he performs for us, how he trains, how he plays for England.’

Meanwhile, Michail Antonio has not travelled with West Ham resting the striker ahead of facing Manchester City on Sunday. 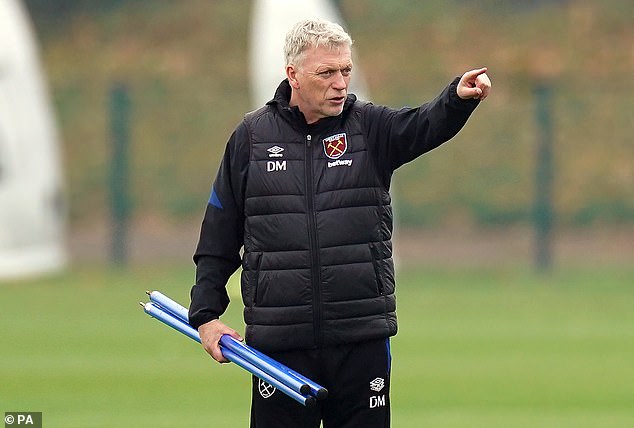