Manchester City will be without Ferran Torres for at least the next four weeks after due to a foot injury sustained during the recent international break.

Torres suffered the foot problem while on duty for Spain this month in their Nations League finals campaign.

The 21-year-old scored twice in their 2-1 win over Italy in the semi-finals but was unable to breach France’s defence during Sunday’s 2-1 final defeat. 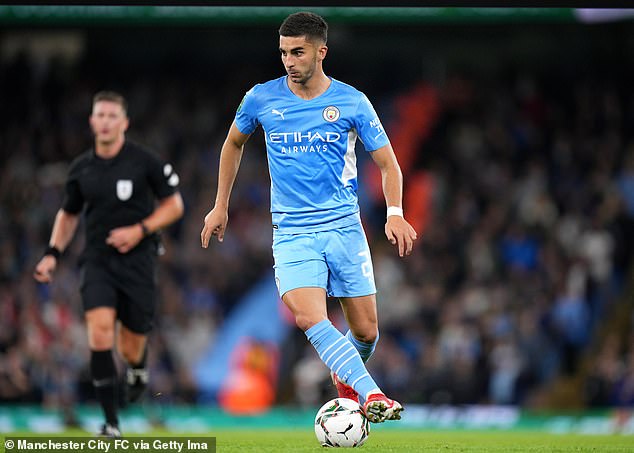 DOMINIC KING: Three is NOT the magic number in the centre of midfield for Gareth Southgate