English rugby league player Jack Johnson has shown he can see the funny side of the shocking training accident that forced him to have a testicle removed, joking it had been a ‘testy time’ in a hilarious TV interview.

The Newcastle Thunder player recently took to social media to confirm every man’s worst nightmare come true: he had to undergo surgery to remove a testicle after a freak accident during training that he termed ‘a knee to the ball’. 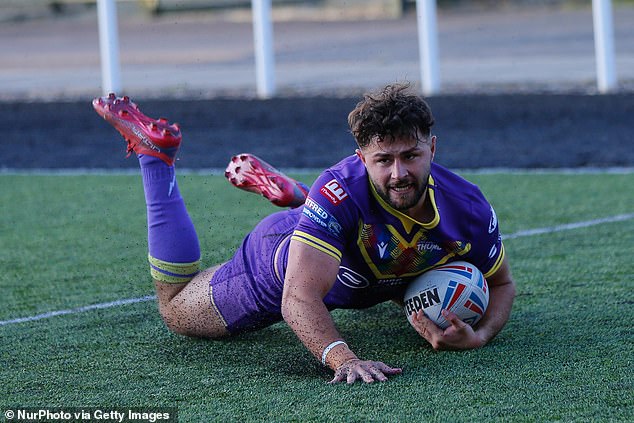 ‘What a load of BOLLOCKS. Not my greatest Thursday ever, with the old testicle exploding at training. Had it removed last night,’ he wrote on his Twitter account alongside a photo of himself in hospital.

‘Will be back soon just a little bit lighter, and as the saying goes RL (rugby league) wins again. P.S. does the swelling stay? Asking for a friend.’

It led to a flurry of both supportive and light-hearted responses.

‘Which one?’ a fan asked, to which Johnson replied: ‘My favourite one, the left,’ with a crying emoji. 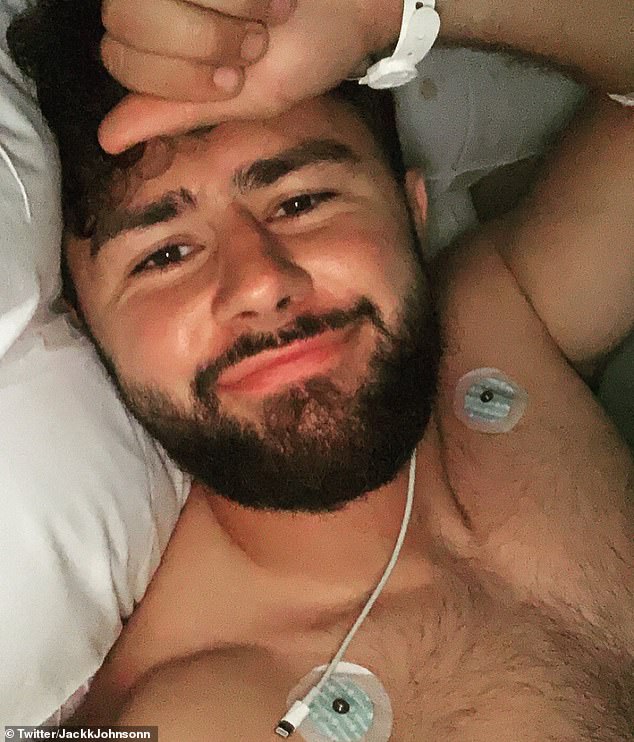 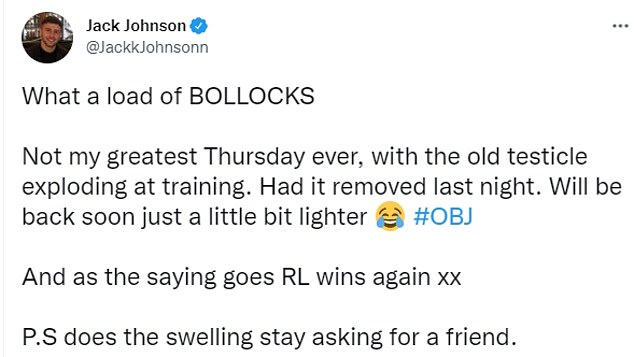 Johnson took to Twitter to inform his fans of his injury development, but could still see the funny side

Johnson has played 24 matches on the wing for the Thunder in the Betfred Championship, which is the second-tier below Super League in the UK.

The injury caused him to miss the side’s next match against York City, and he’ll likely be out for the rest of the season – but he had a bevy of puns lined up for a pre-game interview with Premier Sports TV.

‘I just took a knee to the ball and the rest is history,’ he laughed. 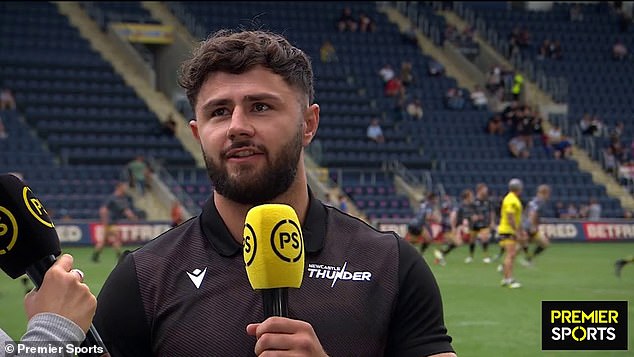 Jack Johnson talks to commentators before his side’s game against York City, that he missed due to the injury

Nobody can say @JackkJohnsonn doesn’t have a sense of humour! 😂

The @ThunderRugby man talks openly about his freak injury, and the team’s season so far ⚡

“It has been a bit of a testy one for us, we’ve not been on the ball as we should have been.” 🗣️😉 pic.twitter.com/pjceaSELIi

Asked how the season had been going for his club, he soon had the commentators in stitches.

‘It has been a testy one for us … we’ve not been on the ball as we should have at times,’ he said, tongue-in-cheek.

It’s certainly not the first time a professional rugby league player has suffered a horrific injury to the privates.

Earlier this year New Zealand Warriors star Chanel Harris-Tavita somehow played on for 45 minutes after rupturing a testicle against the Storm. 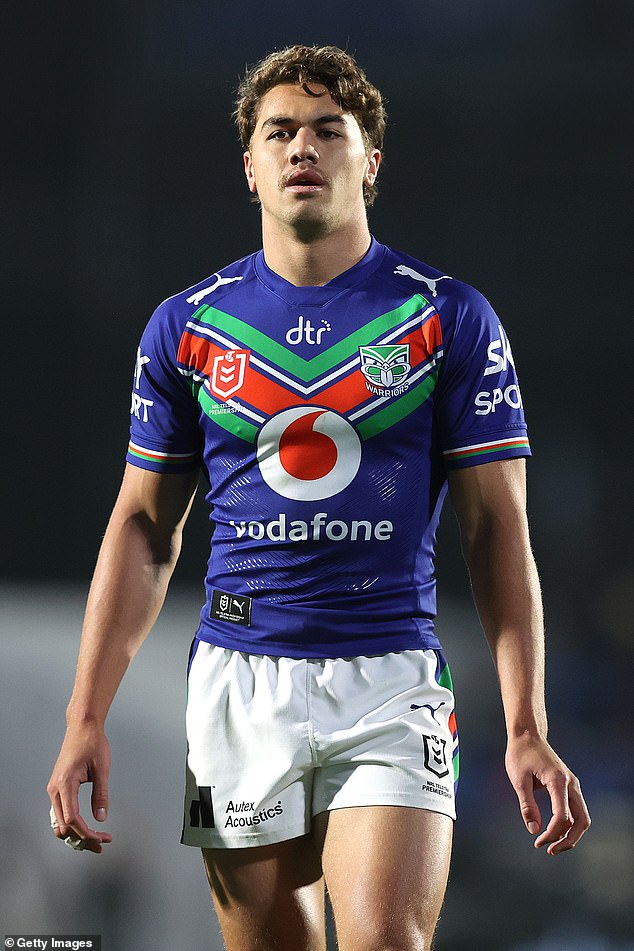 Harris-Tavita made 18 tackles with no misses even after picking up the agonising injury.

He had surgery to repair the rupture, which happened when teammate Josh Curran accidently kneed him in the groin.

‘Worst [pain] I’ve ever had, by far. I’m lucky I had teammates around me that were talking to me, because I couldn’t really talk,’ he told the Courier Mail at the time.