Former Sheffield United manager Neil Warnock hails US Open winner Matt Fitzpatrick, admitting that his stunning win at Brookline made him cry… with the Blades fan admitting the ex-Bramall Lane boss was ‘one of his favourites’ on Piers Morgan show

The praise for Matt Fitzpatrick’s stunning victory at the US Open last Sunday continue to roll in, but the latest from Neil Warnock may be among the 27-year-old’s favourites.

Fitzpatrick is a lifelong Sheffield United fan and appearing on the ‘Piers Morgan Uncensored’ show, he was congratulated via videolink by former Blades boss Warnock. 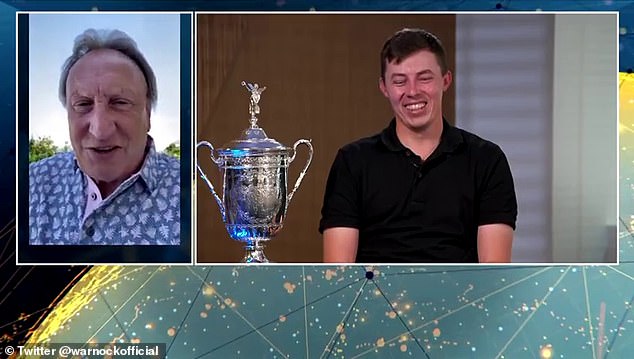 Having already tweeted his congratulations to Fitzpatrick, who is from Sheffield, Warnock admitted the victory left him in tears and still gave him goosebumps thinking about it.

‘I just wanted to congratulate you, a Sheffield United lad like you, the guts the determination and how hard you have worked,’ Warnock said on the show in a pre-recorded message.

‘I couldn’t believe it watching it with my son William and he was on the phone a few mils away.

‘The last six holes, the intensity, I don’t know how you did it son, and that shot and once you putted it, I just out burst out crying. I’ve even got goosebumps talking to you now.’

I’m so proud of my fellow Sheffielder @MattFitz94 What a finish and what guts did he show. I was crying watching it. 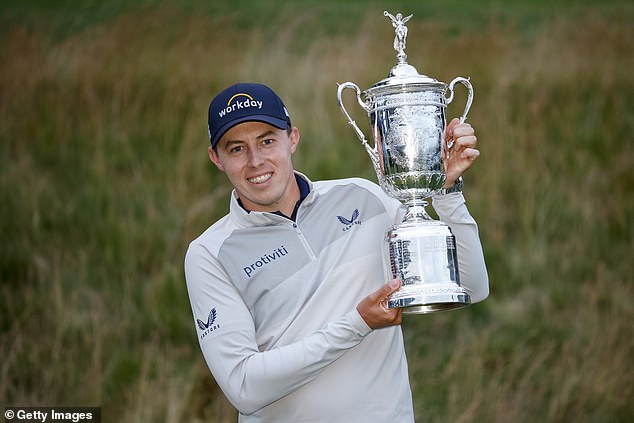 Morgan reflected on Warnock’s status as a Sheffield United legend, who was in charge of the club for eight years up until 2007 and succeeded in earning them a spot in the Premier League a year prior to his departure.

The host put it to Fitzpatrick that hearing the praise from Warnock must have been left him feeling ‘quite moved.’

‘It was yes,’ Fitzpatrick replied. ‘Two of the best managers in my time at Sheffield United, Neil’s one of them and Chris Wilder is the other.

‘Me and my friends have got a bit of a thing for Neil. He’s unbelievable and to receive that message, he sent me a message on Twitter, was really exciting and I really appreciate that. 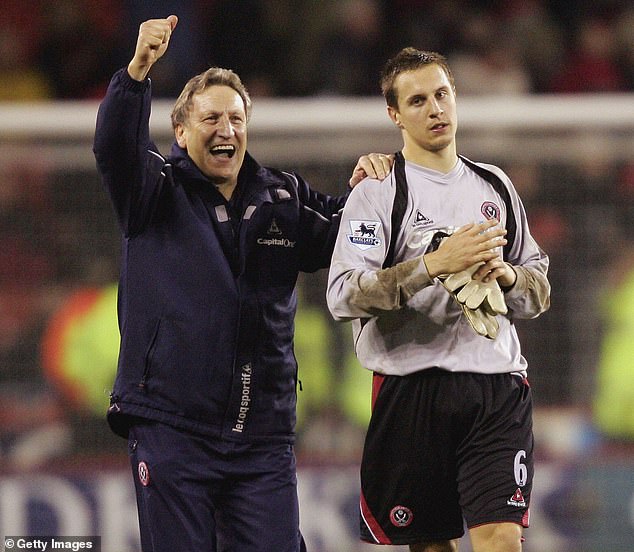 The 27-year-old has become an overnight sensation following his stunning win and has admitted he has had to take advice from fellow Brit and world No 2 Rory McIlroy on how to deal with the success that has come his way.

‘I messaged Rory just saying thank you for sticking around after the round on Sunday. I mentioned that I might want to have a chat about one or two things,’ Fitzpatrick revealed.

‘I’ll be speaking to another couple of players that also have been in the same position as me just on what to do, maybe what not to do, what worked well for them and try and get some advice.’

Want to stay slim? Turn your phone, TV and lights off before bed, scientists say

John Fury: Tom Aspinall ‘is a warrior like Tyson’ and will win titles in boxing and UFC

Barcelona: Ousmane Dembele is backed by footballers’ union after being frozen out by LaLiga club