‘Four out of the five suspects under investigation for breaking into Marquinhos’ family home last year are set to face trial’… having raided the PGS star’s ‘luxury handbags, stolen £1,300 cash and violently attacked his dad’

Four out of the five suspects under investigation for the burglary of Marquinhos’ family home in March 2021 will appear before a criminal court later this year.

In March last year the defender’s family home was broken into and robbed while he played in Paris Saint-Germain’s Ligue 1 fixture against Nantes.

The suspects reportedly assaulted Marquinhos’ family members before taking off with £1,300 worth of cash and two designer handbags. 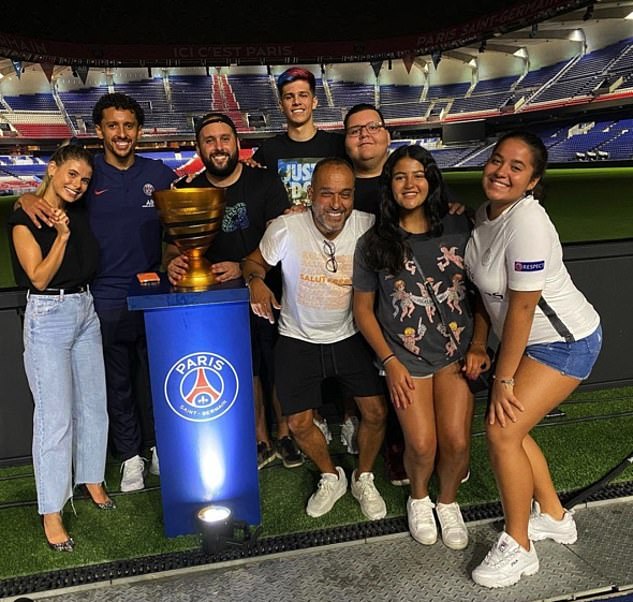 The defender’s father, Marcos Barros Correa, was reportedly struck in the face, chest and ribs by the intruders as they stole items from Marquinhos’ family home.

The thieves – who thought the property was Marquinhos’ personal residence – also threatened the defender’s two younger sisters, aged 14 and 16.

The second perpetrator, who was described as the leader by the victims, forced Marquinhos’ two sisters to show him around the property.

It is believed the three victims were then led into a closet before the suspects vacated the property with £1,300 worth of cash and two designer handbags. 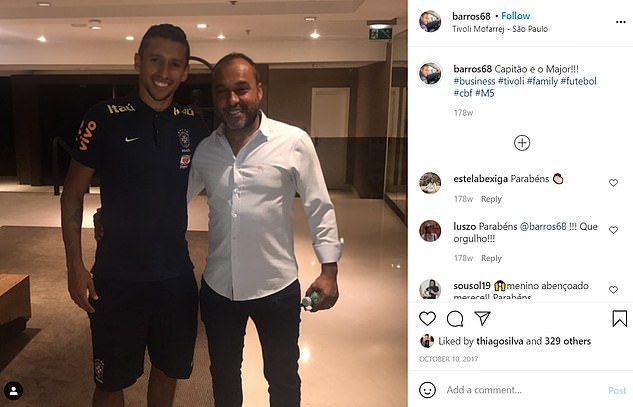 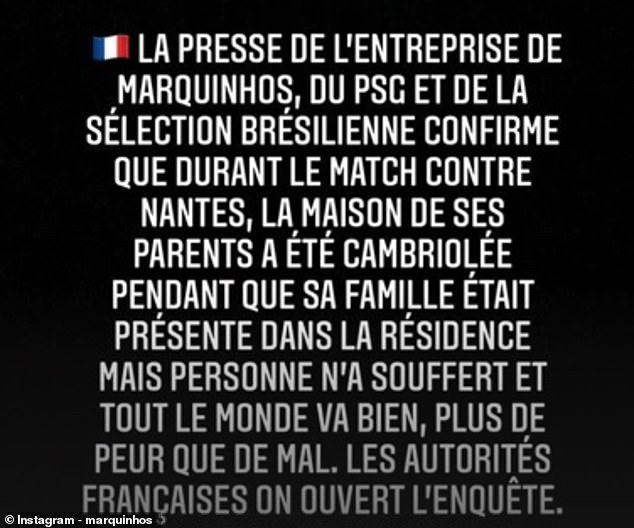 It has now been revealed, via Get French Football News, that four out of the five suspects will face trial later this year.

It is believed one of the offenders – who was a minor at the time of the robbery – will be tried in a juvenile court. While the other three suspects will appear before a criminal court.

The fifth suspect has been released and will not undergo any criminal prosecution, according to reports from France.

In the meantime, two of the four suspects will be held in pre-trail detention while the other two have been placed under judicial supervision.

Marquinhos has not yet commented on the recent news, but took to Instagram after the incident took place last year to say: ‘No one has suffered and everyone is fine. More fear than harm.’

Marquinhos’ wife Carol Cabrino added: ‘The house of Marquinhos’ parents was burgled while his family was inside. But no one suffered and everyone is OK and recovering from the shock.’

The incident at Marquinhos’ home took place on the same evening that Angel Di Maria’s house had been robbed. 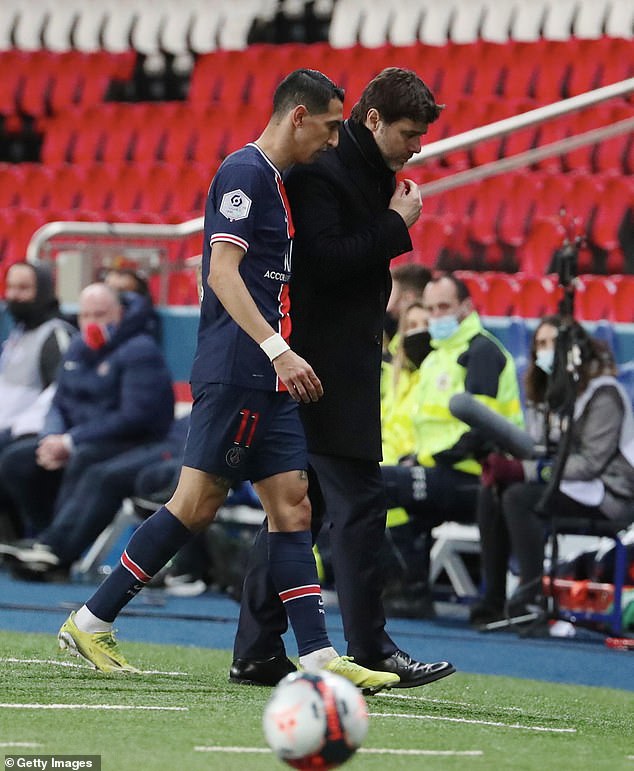 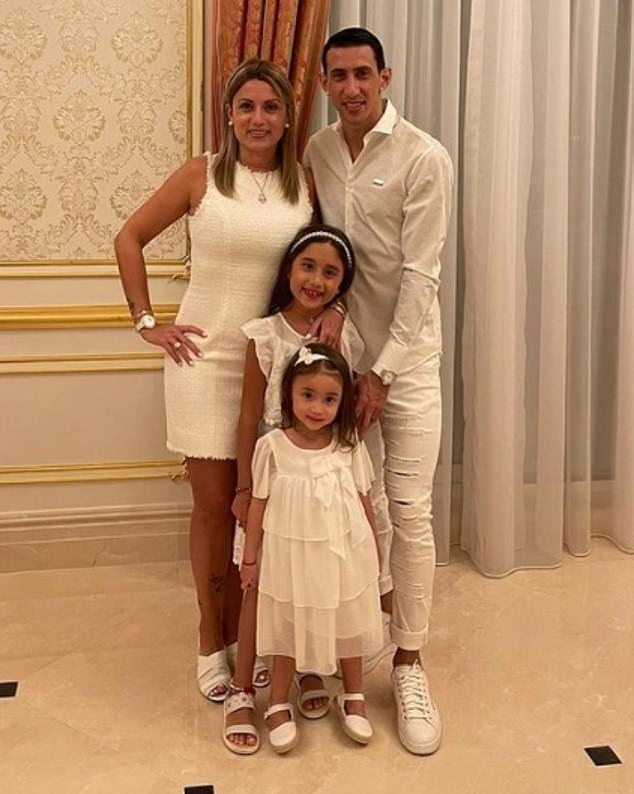 Di Maria is pictured with his wife Jorgelina Cardoso and his two young daughters, who were said to have been caught up in the ‘violent burglary’ at his Paris family home

Di Maria was taken off during PSG’s 2-1 defeat to Nantes after it was relayed to Mauricio Pochettino that there had been a ‘violent burglary’ at his family home in the French capital.

Pochettino had a word in the ear of his winger before walking with him towards the dressing room and later coming back out by himself.

It was reported soon after that members of Di Maria’s family were present at his home during the burglary – and some reports extended to say they were held hostage.

The contents of the upstairs safe were stolen and a specialised robbery unit was dispatched to the address in Neuilly-sur Seine to investigate.

It was not the first time Di Maria and his family have been targeted by thieves, after his home was broken into be burglars in England while he was playing for Manchester United.

LaLiga: Barcelona FINALLY secure their first away win of the season

‘Three together makes it WEAKER’: PSG were better off without Lionel Messi, insists Michael Owen