Geno Smith and Drew Lock’s battle to be QB1 in Seattle hots up ahead of the new season… but Seahawks coaches keep their cards close to their chest about who will win the race to replace Russell Wilson – the man they face in week one!

The Seattle Seahawks are keeping their plans close to their chest as Geno Smith and Drew Lock continue to battle it out for starting quarterback.

The Seahawks are yet to make a decision on who will replace Russell Wilson for the coming NFL season but have reassured fans that a plan is in place.

When asked if there was a deadline for naming a starting quarterback, offensive coordinator Shane Waldron simply replied: ‘Denver.’ 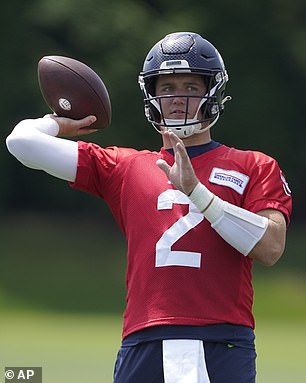 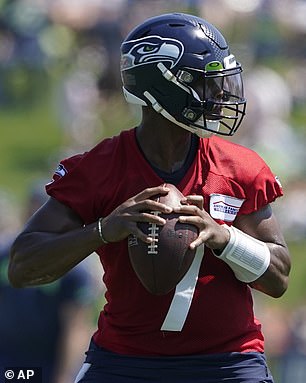 Waldron was referring to the regular season opener on September 12 when the Seahawks face the Broncos and former quarterback Wilson.

Seattle have plenty of time to make a decision, six weeks to be precise, but Waldron did admit they had a plan in place before noting it will be kept in-house.

‘We do have a plan though,’ Waldron said via The Seattle Times.

‘There’s also a lot of different things with walk-throughs and everything we’ve got going.’ 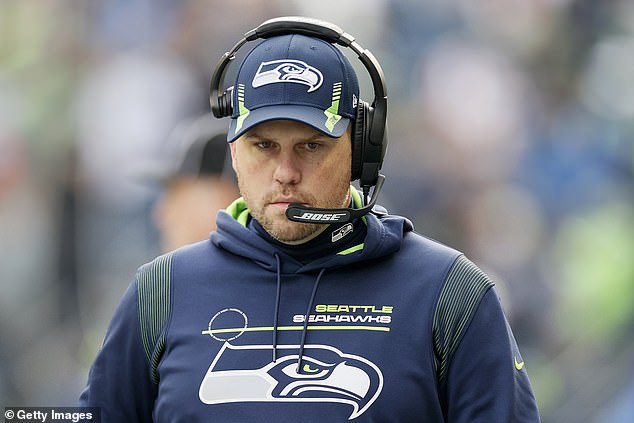 ‘And there have been a few scenarios out here where there has been some overlap. And so we’re just going with our plan here, really evaluating those guys, evaluating everything they’re doing.’

So far, Smith’s veteran experience has paid off as he has earned the majority of the reps with the first-team offense in training camp practices.

However, receivers such as DK Metcalf and Tyler Lockett are said to have gotten ample reps with both quarterbacks. 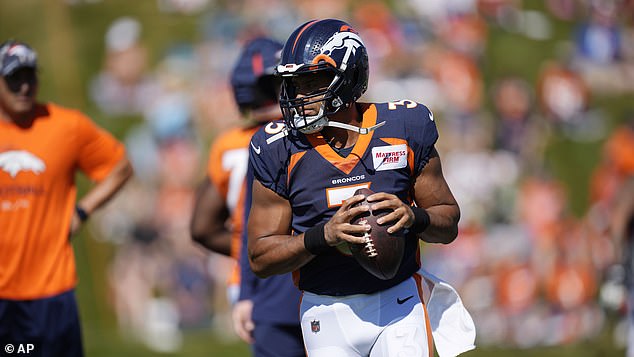 ‘Right now, the way it has worked out, Geno has been a little bit more with the ones than Drew,’ Waldron said.

‘But there is some mixing and matching going on, and we will continue to do that throughout camp and until the time that we make the decision.’

Lock joined the Seahawks as part of the Wilson trade, who will face his former side in the regular season opener.

The 25-year-old is understandably behind Smith in terms of understanding the scheme with Seattle but Waldron insisted Lock has done a ‘nice job’ of picking up the offense in training camp.

AHEAD OF THE GAME: PFA ready to drop opposition to salary caps in League One and League Two