Golden State’s Klay Thompson continues his NBA title celebrations, posting a snap from the beaches of the Bahamas with ‘NBA CHAMPS 2022!’ written in the sand

It’s Klay Thompson’s world, and we’re all just living in it.

After clinching his fourth career NBA title with the Golden State Warriors, the shooting guard has been on a grand tour celebrating the win.

He took to Instagram on Saturday, posting a picture from the beaches of the Bahamas. 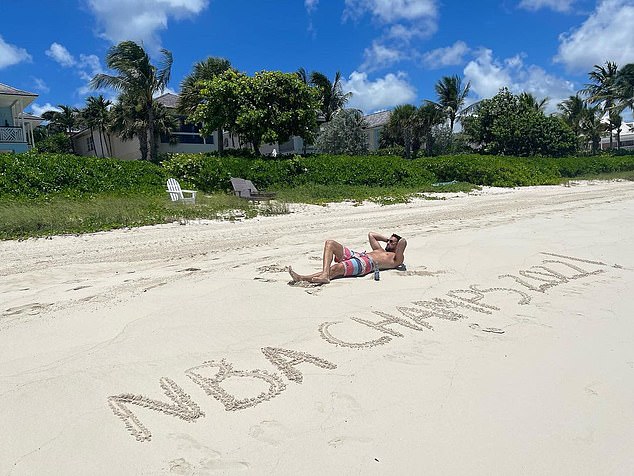 The caption on a picture of Thompson in the sand with the words ‘NBA Champs 2022!’ written out read: ‘Everything is better in the Bahamas’.

Last week, Thompson was filmed sinking a beer and cheering wildly as his brother Trayce played for the Los Angeles Dodgers in the 7-4 win against the New York Giants.

The Bahamas are not just a vacation destination for the five time All-Star, as his father Mychal was born in the Bahamian capital of Nassau.

Thompson even gave a shout out to his family on the islands after defeating the Boston Celtics in six games.

‘I know my family is in Nassau watching’ Thompson said. ‘I can’t wait to go back and celebrate with all my family this summer.’ 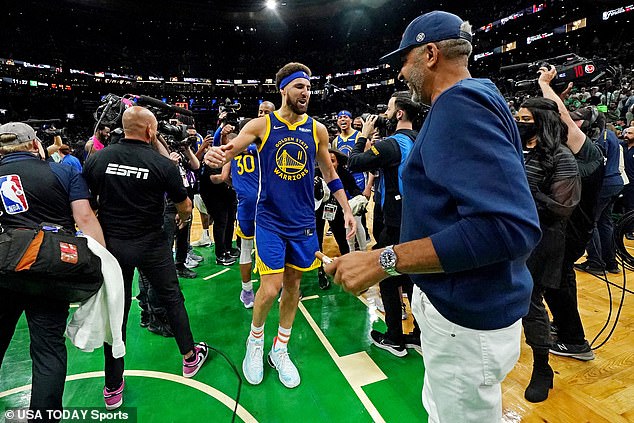 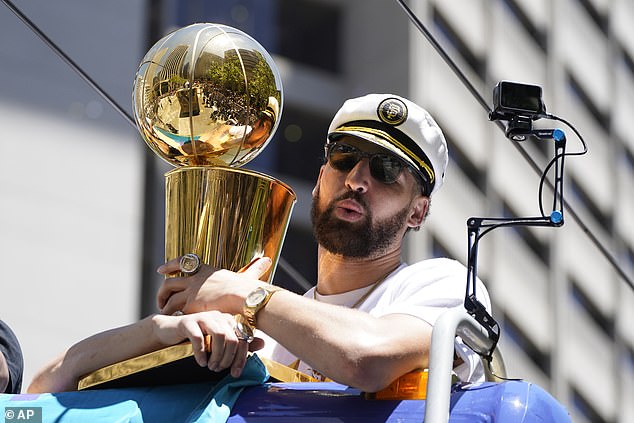 This is Thompson’s fourth NBA title, all won with the Golden State Warriors

It’s been a summer of multiple accolades for the Washington State product, who won the 2022 ESPY award for Best Comeback Athlete.

Thompson had suffered from multiple injuries in recent years, including a torn ACL and a torn Achilles within two of the past four seasons.

The shooting guard finished the NBA postseason with an average of 19 points, 2 assists and 3.9 rebounds per game.

The humble hero from Hauge, how Sarina Wiegman turned England into Euro 2022 winners