Got a THURST ON? NRL champion Johnathan Thurston stitched up for ‘paying for his own face to be on water’ on hilarious customised bottles issued on the airline he owns

Maroons legend Johnathan Thurston has been stitched up by his Channel Nine colleagues whopaid out the premiership winner for advertising customised ‘Thurst On’ water bottles on his own airline.

The former halfback turned sideline commentator featured on Channel Nine’s Friday night post-game show after the Storm beat the Warriors 24-12 on July 29, where host James Bracey was quick to spray one of Thurston’s marketing stunts outside of rugby league. 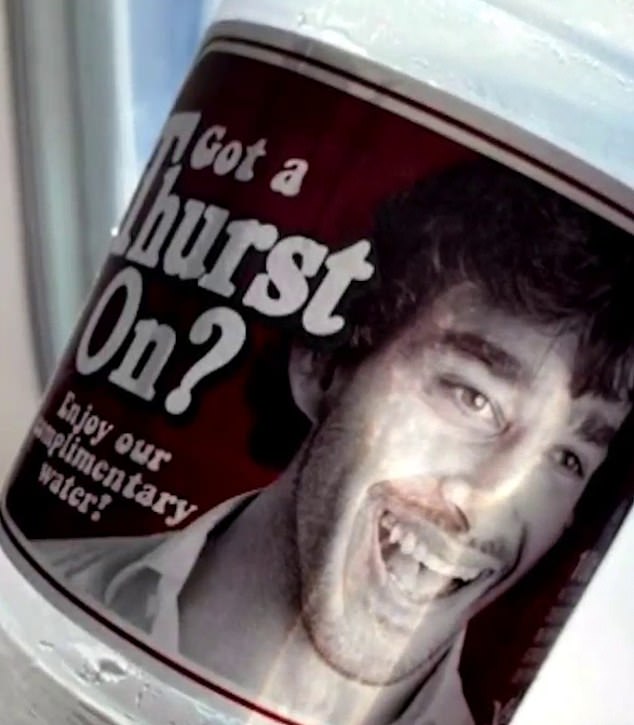 Thurston features on a complimentary water bottle, served by the Skytrans airline which he has a 50 per cent stake in

‘Hey JT, you know how you own an airline,’ Bracey said.

‘Well, we found out what they are serving on this airline that you own, making all of the big bucks.

People piling on your planes and they get a nice bottle of get your Thurst On!’ 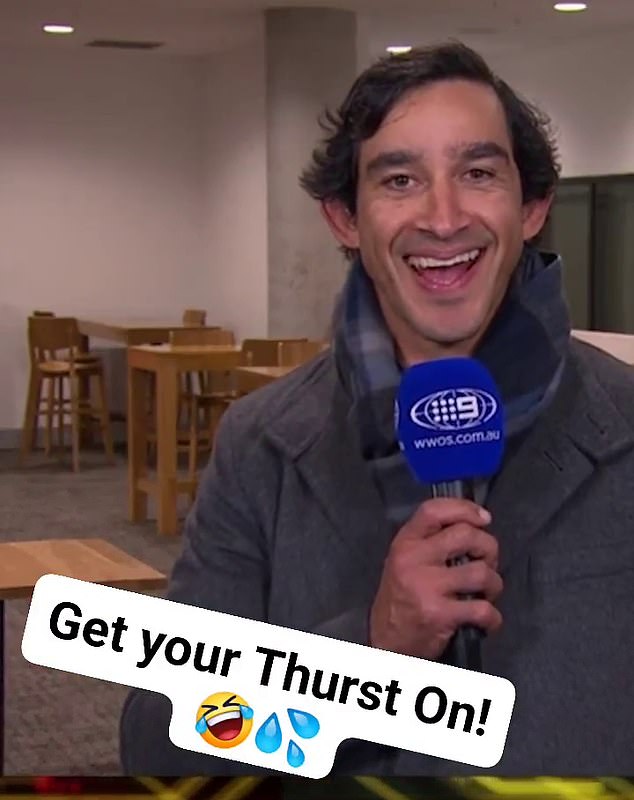 Thurston laughed off the Channel nine stitch up, which had a stab at the NRL legend’s off-field business ventures

Thurston purchased the Skytrans regional airline with pilot and entrepreneur Peter Collings in 2015.

It is a regional and remote service that flies thousands of passengers across Queensland while also transporting more than 300,000kg of freight last year.

The 39-year-old’s face features on complimentary water bottles served on the regional flights, with a red label accompanied by the phrase ‘Got a Thurst On?’.

Outside the plane is a Maroon sticker of a smiling Thurston, embellished with the writing ‘welcome on board’. 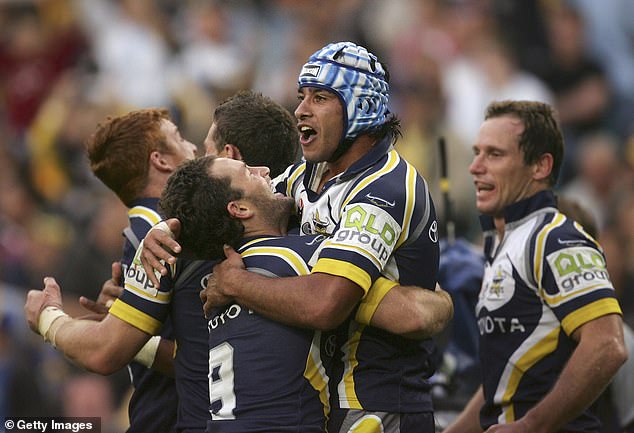 Thurston played 323 games in the NRL between the Bulldogs and Cowboys and is widely regarded as one of the best halfbacks to have played rugby league.

The headgear hero signed with Channel nine in 2016 and began working as a sideline reporter and panelist following his 2018 retirement.

‘JT’ laughed off the cheeky dig from Bracey, saying ‘you get cheese and crackers as well’. 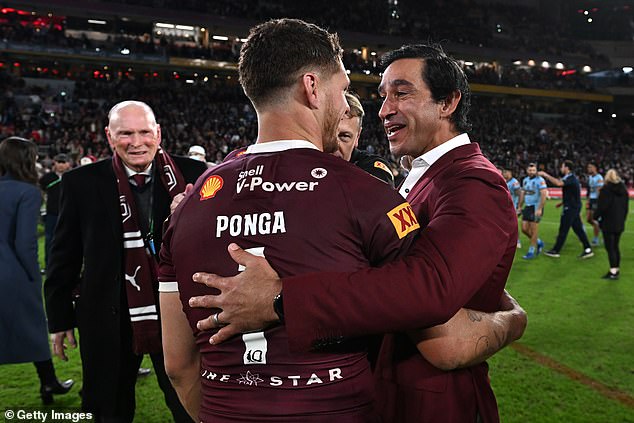 Thurston’s 50 per cent share in Skytrans is not his sole business tie out of rugby league.

The former Kangaroo’s halfback also owns in excess of eight properties and a $500,000 Mustang, sparked by his footy contract that saw him become the first NRL player to earn above $1million a year.