Jake Jarman has secured his fourth gold medal of the Commonwealth Games after winning the men’s vault final.

It has been a remarkable few days for the 20-year-old, who is competing in his first major senior championships.

He has also claimed gold in the all-around, floor and team events in a debut Games to remember. 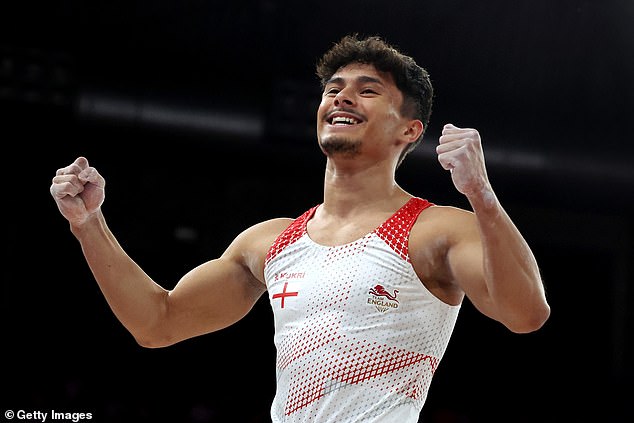 Gymnast Jake Jarman, 20, has secured his fourth gold medal of the Commonwealth Games

Peterborough-born Jarman is the first Englishman to win four goal medals at the same Games since shooter Mick Gault in Kuala Lumpur 24 years ago.

Today is the final day of competition at the Utilita Arena and while Jarman is not back in action, England could still add to their medal tally in the men’s parallel bars and horizontal bar and women’s balance beam and floor.

PETE JENSON: Barcelona kids have given Koeman breathing space but he faces nightmare run of games

WORLD OF RUGBY: Keep the fans in at the Six Nations and restructure Tests – New Year’s Resolutions