Harriet Dart has become the latest in a flurry of British tennis stars to qualify for the Australian Open as she booked her place in the first Grand Slam of the season on Friday morning.

Dart – who will play in a Grand Slam for the fifth time in Melbourne – overcame Australian wildcard Kimberly Birrell 6-3, 6-3.

The British number three, who is ranked 125 in the world, emerged victorious in the final round of qualifying at the Australian Open, dropping just one set in her three matches. 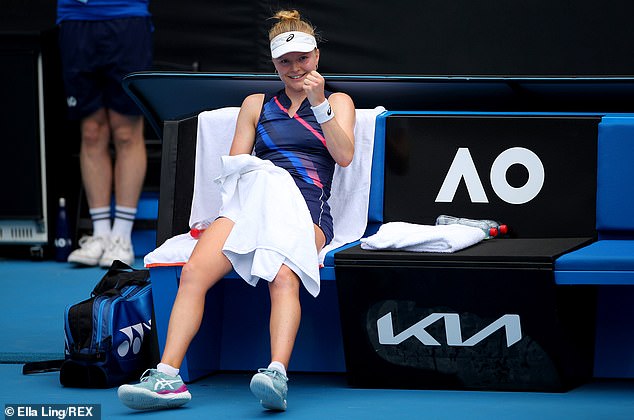 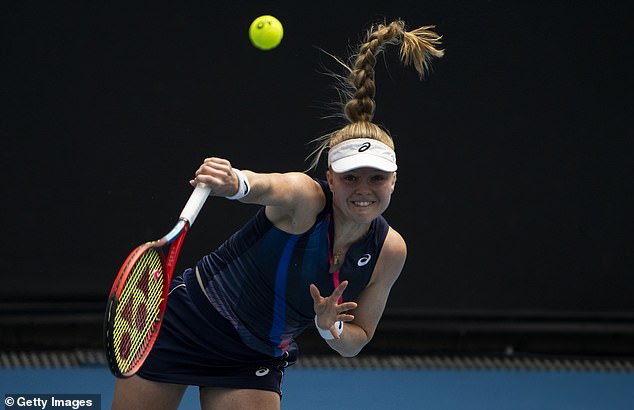 Dart – who will play in a Grand Slam for the fifth time – beat Australia’s Kimberly Birrell 6-3, 6-3

Dart joins five other British stars in the main draw of the Melbourne tournament when action begins on Monday.

Sir Andy Murray, Cameron Norrie and Dan Evans will all compete in the men’s singles, while Emma Raducanu and Heather Watson are in the women’s main draw.

Later on Friday, British men’s number four Liam Broady also has a chance to qualify when he comes up against Russia’s Roman Safiullin.

It marks the third time in four years that Dart has successfully negotiated qualifying at Melbourne Park – she reached round two in 2020 before losing to Simona Halep – while she has also made it through twice at the US Open.

Asked about her record, Dart said with a smile: ‘It shows I need to be not in qualifying any more and try to put myself in a position where I can be directly in, because playing three matches against good players is never easy.’ 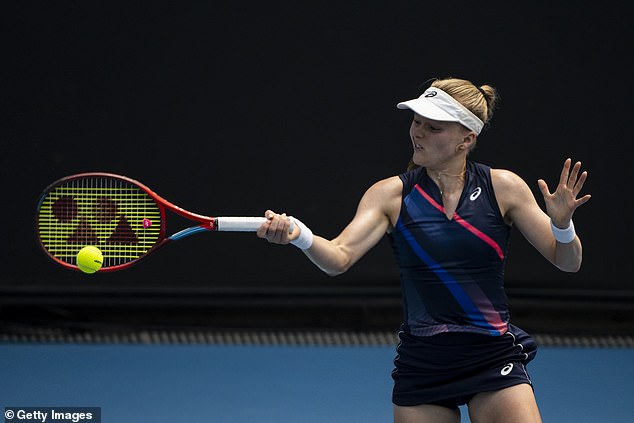 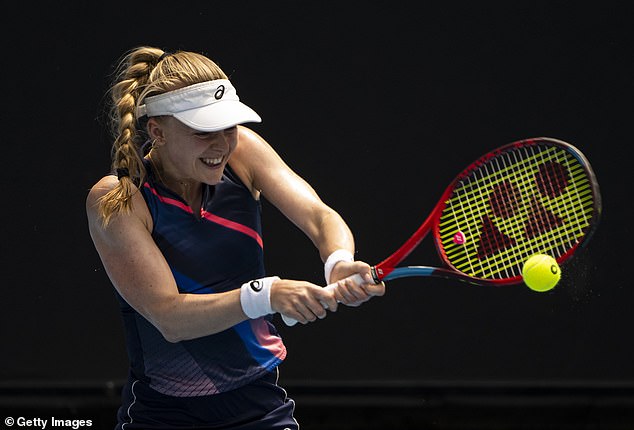 Both players struggled to hold serve, with Birrell managing it just twice in the match, but Dart battled well, twice coming from a break down in the second set.

‘I’m just super happy and pleased to be through,’ she said. ‘I always knew it was going to be a really tough match. We’re good friends and we’ve practised a lot together but never actually played a match.

‘I think I benefited from playing last week here, I got three matches under these conditions. I guess I’ve got the experience of coming through twice here before so I definitely think that helped me today.’

Dart has begun working with Britain’s Dave Collins after being guided predominantly by Eastern European coaches so far in her career.

With Covid rates rising sharply in Melbourne, the 25-year-old has been playing it safe and sticking to takeaways in her hotel room – with fish restaurant Hunky Dory her favourite.

She said: ‘It’s definitely still quite challenging. My main concern is more I don’t want to test positive to then be stuck here and then not be able to get home. I’m just being as careful as possible.’