Robbie Mustoe accused Trent Alexander-Arnold of ‘cowering’ under the cross that Aleksandar Mitrovic headed in to give Fulham a shock lead against Liverpool on Saturday.

The Serbia striker latched on to a Kenny Tete cross and towered over Alexander-Arnold to power a header beyond Alisson in the 32nd minute at Craven Cottage.

And assessing the pattern of play on NBC, Mustoe pinned the responsibility squarely on the shoulders of Alexander-Arnold. 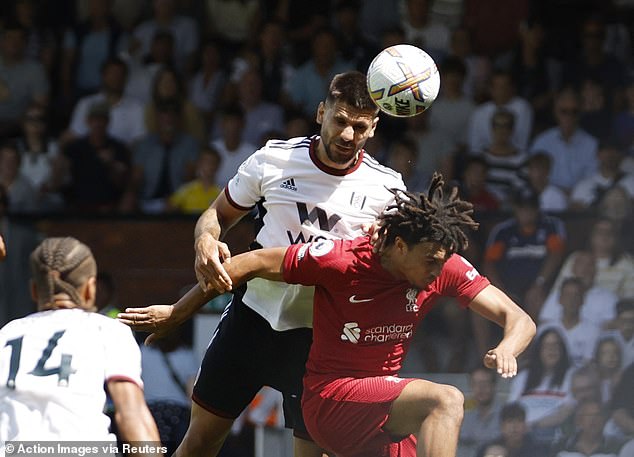 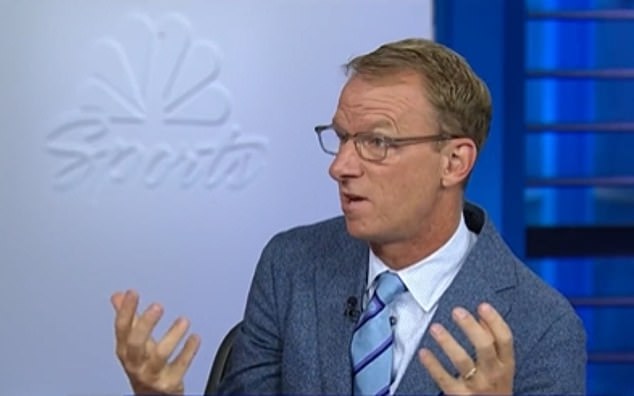 ‘That’s what you want your No 9 (Mitrovic) to do,’ Mustoe said. ‘Liverpool have plenty of numbers back but Trent Alexander-Arnold has got to be stronger.

‘This tells you everything – he doesn’t jump, he’s kind of cowering a little bit, he’s not facing the play, he’s not aware what’s behind him and that’s just smashed at the back post there.’

The former Liverpool striker said: ‘As a forward, you see those crosses and your eyes light up.

‘Fulham get the ball down the side, this ball here (Tety’s delivery) – I used to do it a lot, pull on the full-back. And Trent just couldn’t deal with it.

‘He’s [Trent] got to be stronger. As you jump, you can barge him or put him off or even hold onto him. You need to have more strength there defensively.’

Premier League debutant Darwin Nunez equalized for Liverpool but the scores were only level for eight minutes. 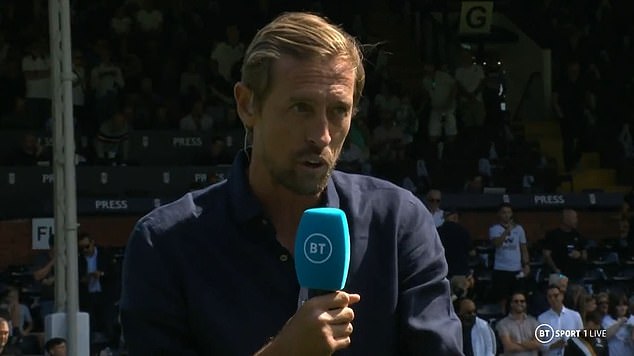 Virgil van Dijk tripped Mitrovic in the penalty area and the striker picked himself up and scored from the spot for 2-1.

Mohamed Salah then equalized again with 10 minutes left on the clock. Captain Jordan Henderson hit the crossbar in stoppage time but Liverpool failed to find a breakthrough and dropped points in the first game of the season.

Alexander-Arnold enjoyed a stronger start to the season last week in the Community Shield, scoring Liverpool’s opener in the 3-1 win against Manchester City.

Emma Raducanu risks overcomplicating things with yet another coach split