‘He’s the most impressive young player I’ve EVER had’: 76ers head coach Doc Rivers hails Tyrese Maxey and says his work ethic is ‘beyond belief’, revealing staff have had to tell him to take a vacation because he’s working too hard

Speaking with NBA legend Vince Carter and co-host Ros Gold-Onwude on the ‘VC Show,’ Rivers lauded Maxey’s ability and his commitment to get even better.

‘He’s the most impressive young player I’ve ever had in 21 years of coaching,’ Rivers said. ‘So that’s how impressive he is.

His work ethic, Vince, is beyond belief. Many times already this summer, at least two or three times, we’ve had to tell him to go sit down somewhere and go relax.’ 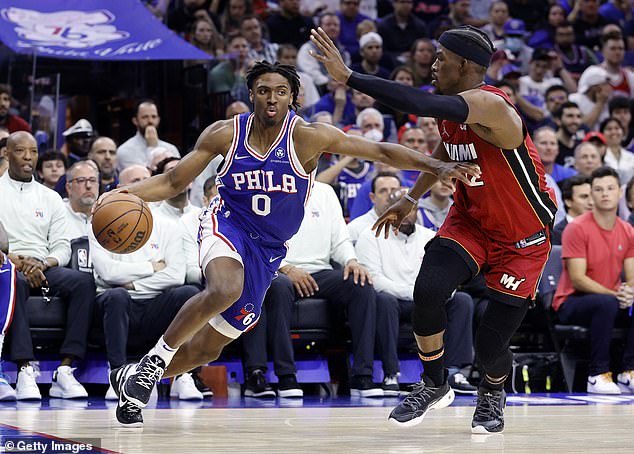 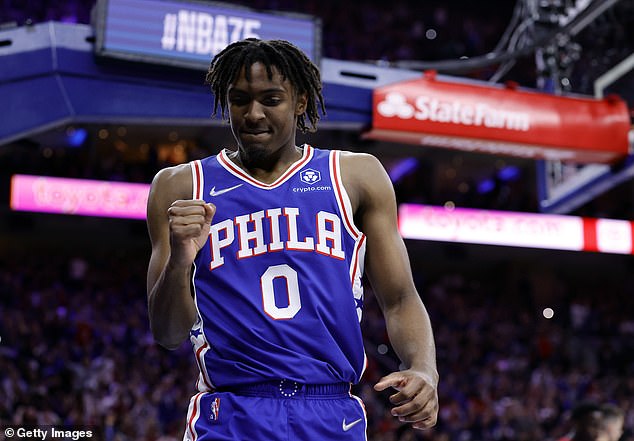 Those were massive improvements from his rookie year, when he averaged 8.0 points per game and struggled with his three-point shot to the tune of just 30.1 percent.

Maxey’s tireless work ethic surely played a part in him remedying those shooting woes, and the Kentucky alum recently took his first-ever vacation, according to Rivers, even asking Rivers’ son (and Sixers development coach) Spencer what he was supposed to do on vacation.

‘Vacation’s too long coach,’ Rivers recalled him saying when he returned from the trip. ‘Can’t do it that long.’

While Maxey’s massive shooting improvement may have surprised people outside of the Sixers, Rivers saw a guy who wasn’t missing in practice – and would start hitting shots eventually.

‘I said it all year, this guy can shoot,’ he recalled from Maxey’s rookie year.

Maxey has worked with former star Sam Cassell alongside Spencer too, and the Sixers assistant fully expected his game to grow. 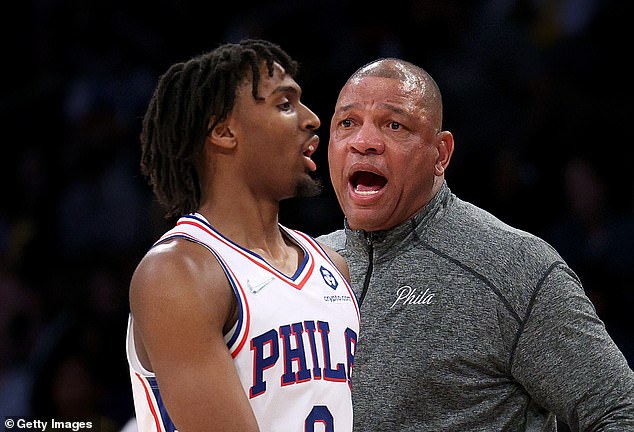 ‘Every guy I work with takes huge leaps every year they play,’ he told NBC Sports Philadelphia. ‘I understand the concept of the game of basketball.

I understand how to be successful in a basketball game. Tyrese wasn’t a top-15 pick, top-10, lottery pick. When we got him, we were shocked that we got him.’

Maxey will slot into a formidable Sixers lineup that has championship aspirations this season, as James Harden will return (maybe healthier?) on a new deal and Joel Embiid is fresh off an MVP-caliber season.

The additions of Harden’s former teammates P.J. Tucker and Danuel House, too, will help bolster the depth of a team that has often looked thin come playoff time.

HOT OR NOT: Lewis Hamilton’s battle with Max Verstappen was needed for Formula 1

Edinson Cavani doesn’t give out advice at Manchester United but supports Rashford, Greenwood and Co