You don’t see many people build a $590million fortune in Dubbo, but former South Sydney Rabbitoh Wes Maas only needed a single bobcat, tipper truck and a ‘workaholic’ attitude to prove himself the exception.

Maas won two reserve grade premierships with Parramatta before playing for the Rabbitohs at NRL level, but the shrewd businessman now devotes his time to Maas Group, a massive construction and property company that is listed on the Australian Stock Exchange (ASX).

Wes is no stranger to Dubbo rugby league, having played for powerhouse club Dubbo CYMS, where he was coached by future Bulldogs mentor Dean Pay and played alongside Penrith star Isaah Yeo’s father Justin.

The 42-year-old was forced into an early retirement due to shoulder issues, but returned to Dubbo, almost 400km north-west of Sydney, using $14,000 in savings to buy the bobcat, before borrowing $25,000 to buy the tipper.

And look where he is now. He employs more than 1200 people and runs a company worth over $1billion, which landed him on the Australian Financial Review’s Rich List in 2021.

Maas said business was always more important to him than his footy career.

‘I was probably one of the 10 per cent of people who wanted to work. I’ve always been a workaholic. That was probably to the detriment of my footy career,’ he told a Financial Review podcast.

‘I was a full-time football player. But I used to go to training at 6am in the morning, and then I finished footy training at 11 or 12, and then I’d get straight to work.’ 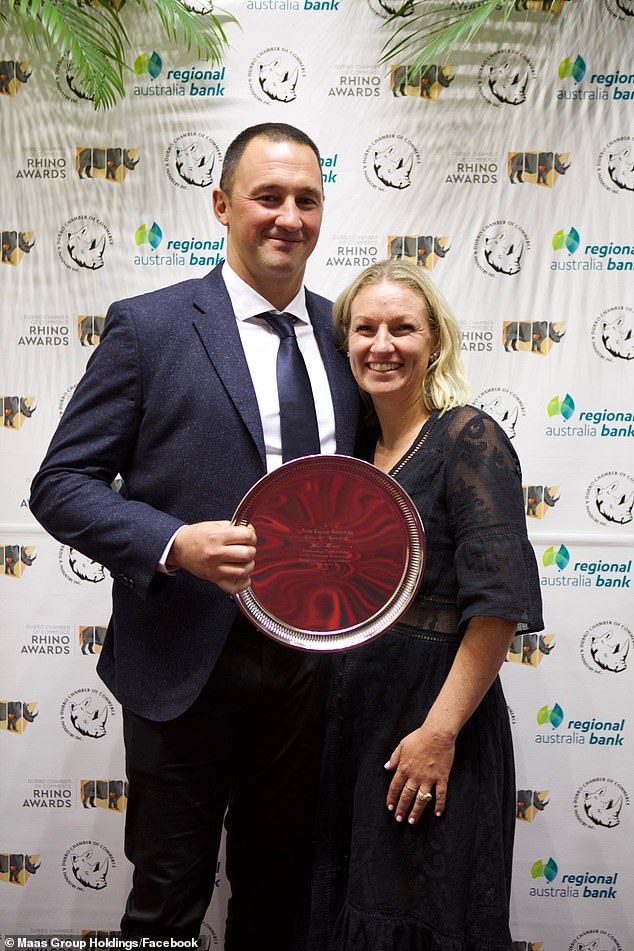 He was a greenkeeper at Parramatta Stadium and Stadium Australia before moving into the hire and construction industry with Coates Hire.

The former footy player still owns 50 per cent of his company, which has four divisions: real estate, civil construction and hire, construction materials and manufacturing.

It was floated on the ASX IN December 2020, and has been involved of some of the biggest infrastructure projects in NSW, like the Westconnex motorway and Snowy Hydro 2.0 in addition to 8,095 regional residential property lots. Even during the global pandemic, the company kept controlling its own destiny due to the way Maas set it up.

‘Most of the things we do, we do 80 per cent of in house. We’re quite different to a lot of developers who contract out,’ he told Fairfax.

‘Our cost is our cost. Obviously, we’ve seen inflation in house building, but we’ve been able to pass that on in house prices. We’ve maintained our margin. The businessman is confident the company will continue its healthy upward trend, estimating there will be around $33billion spent by the government in infrastructure across regional NSW and Queensland.

He certainly uses his sizeable fortune to give back to his regional community, too.

Although the pandemic scuppered Group 11, the region’s premier rugby league competition, in 2020, a Western under 18s Youth League was able to get underway later in the year, thanks in part to sponsorship from Maas Group.

It’s proof of how a head-down, bum-up attitude can stand you in good stead, regardless of how successful your footy career is.

Rugby: Gloucester coach George Skivington on his ‘unique’ experince with the Samoa team