‘I could’ve died’: NFL Hall of Famer Terrell Owens speaks out about his heated confrontation with ‘Karen’ neighbor and admits he feared for his life: ‘If the wrong kind of cops came out, you never know how that situation could have turned’

It’s not often you will hear Terrell Owens admit he is concerned.

Throughout an illustrious 16-season career Owens personified fearlessness, dismissing the opinions of media, fans and sometimes teammates, on the way to a bust in Canton.

Things have been less pleasant of late for the 48-year-old after an incident with a neighbor he derisively labeled ‘Karen.’

In the aftermath, Owens elucidated he ‘could have died’ if circumstances had have been different.

‘I honestly could have died,’ T.O. told TMZ. 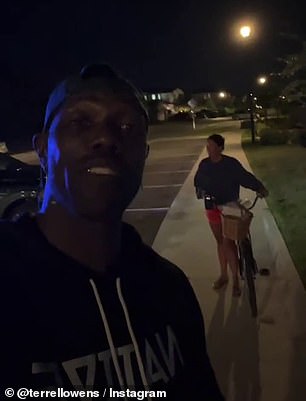 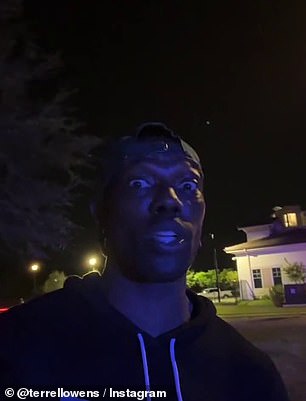 Pro Football Hall of Famer Terrell Owens found himself in a racially charged confrontation with a female neighbor and police, which he recorded and has since shared on social media

Owens found himself in a racially charged confrontation with a female neighbor and police, which he recorded and has since shared on social media.

‘I could’ve died. Honestly, I could have died and the storyline would be totally different.’

The former All-Pro receiver was accused by the woman of driving recklessly in their neighborhood, and nearly hitting her with his car. She also told responding officers that Owens was trying to intimidate her.

‘He got out of his car and started harassing me,’ the woman, derisively identified by Owens as ‘Karen,’ told officers.

‘But you didn’t have to get out of your f***ing car,’ she then yelled at Owens.

Owens responded: ‘You didn’t have to talk to me that way, either.’

It was at this point the woman brought race into the discussion by shouting: ‘You’re a black man approaching a white woman.’ 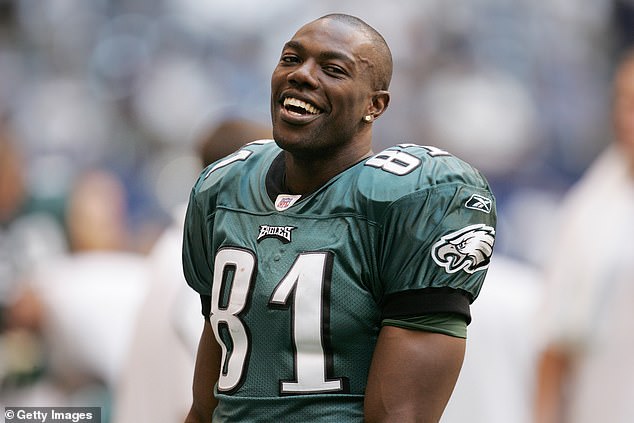 Owens, now 48, had a Hall-of-Fame career with the Eagles, 49ers and Cowboys 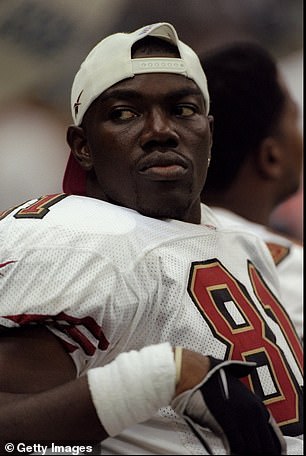 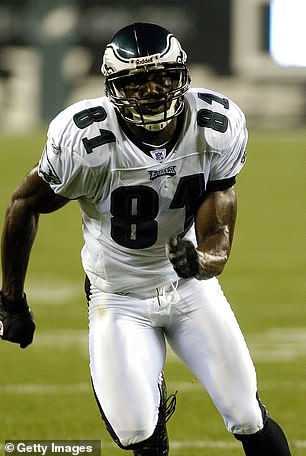 Owens is hoping his uncomfortable encounter is a catalyst for change within communities, particularly in the Sunshine State, where he resides.

Manchester United produced ‘one of their bravest performances’ at Chelsea, insists Jamie Carragher

Arsenal crush Southampton 3-0 as Lacazette, Odegaard and Gabriel strike, while Aubameyang is dropped