‘It’s not about fans, it’s about no more Super Sunday at Sky!’: Ian Wright pokes fun at Gary Neville for saying ‘all teams should play on’ after Arsenal’s request to postpone north London Derby with Tottenham

Ian Wright has mocked his former England teammate Gary Neville on social media, claiming that the pundit only wants the north London derby between Tottenham and Arsenal to go ahead so that it does not ruin Super Sunday on Sky Sports.

It was announced on Friday afternoon that the Gunners had put in a request to the Premier League for the game to be postponed due to the club not having enough senior players to put together a matchday squad.

Mikel Arteta currently has four players away at the Africa Cup of Nations, while injuries and Granit Xhaka’s suspension has left him with limited resources. 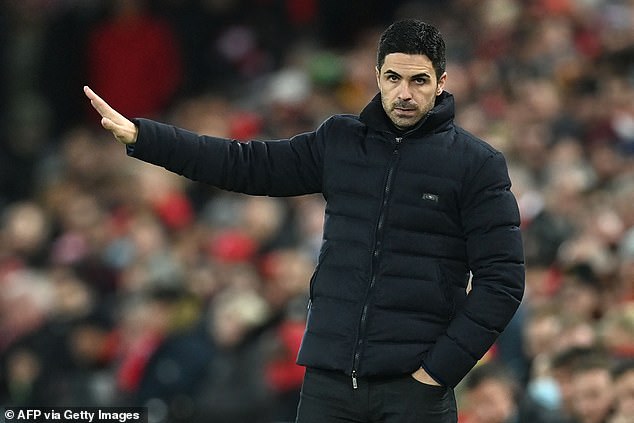 However, it is unclear as to how many players have tested positive for Covid-19, and that has angered Tottenham who want the game to be played as planned.

Speaking on Friday Night Football prior to Brighton’s home match with Crystal Palace, Gary Neville insisted that all teams should be made to play their games rather than rearranging fixtures, and he took to Twitter on Saturday morning to reiterate that his view was not a dig at Arsenal.

He wrote: ‘I repeat this is not about Arsenal but all teams should be made to play from now on in the PL and EFL. Also why has the decision been delayed until today when the request was last night at 6.30pm. Fans will be setting off from all over the place and will be in limbo!’ 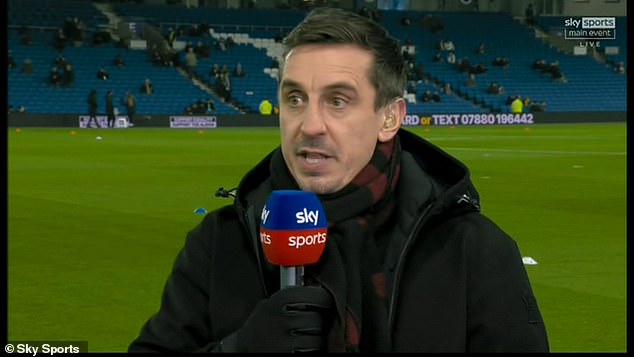 Gary Neville believes all teams, including Arsenal, should be made to fulfill their fixtures 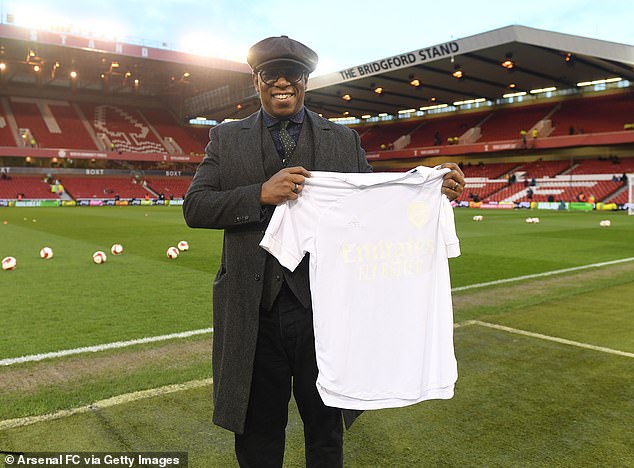 Neville tweeted on Saturday morning, claiming that he was not trying to wind up Arsenal fans

Wright hit back, mocking Neville’s reasons for wanting Sunday’s game to be played

Wright was quick to respond, and he had other ideas about the reasons behind Neville’s outburst.

‘”FROM NOW ON” It’s not about Arsenal or the fans. It’s about no more Super Sunday on Sky!’ he replied.

If the eagerly-awaited clash does get called off, it would be the 21st Premier League fixture to have been postponed due to Covid-19 this season.

The Premier League are expected to confirm whether the match will go ahead on Saturday.

The Ashes: England batting mocked by Queensland Police after collapse against Australia